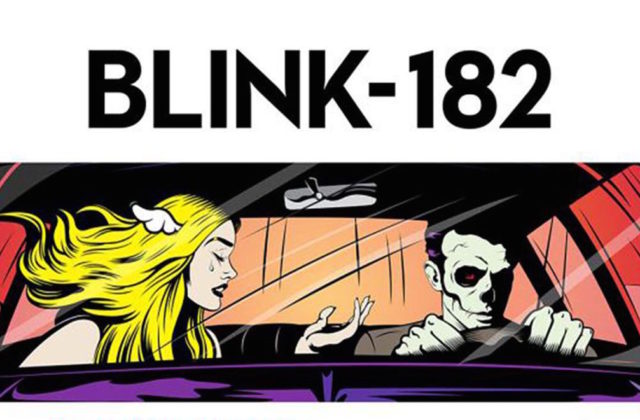 After watching Mark, Travis, and Matt on KROQ this morning, I’m in awe. This crazily highly anticipated album AND tour are really happening!!! This summer is probably one of the best summers for tours in a really long time! Tickets go on sale May 6, 2016, at 10:00 a.m. at www.livenation.com or the Amphitheatre box office.

BUY TICKETS TO ALL DATES HERE!!!

After the leak of the new Blink 182 lyric video for “Bored To Death,” everything else quickly unraveled overnight. While I was at work yesterday, I received very informative messages from a fellow Blink fan. I quickly used my break to make sure things were legit. I was already pumped for Blink, as they are my all time favorite west coast band. I was also excited to hear about The All-American Rejects working on new music when Tyson chimed in about it not so long ago. Now, A Day To Remember is on board?! HELL-EFFIN-YEAH!!

This morning was filled with more Blink information. California is being released July 1st. Three-quarters of the time, July 1st the 182nd day of the year. Because this year is a leap year, it’ll be released on the 183rd day. Mark nerded-out a little. The guys spoke about the record title. California was the chosen title after many options like OBGYN, Kenobi, and Nude Erection. California was chosen because of the California state of mind they were in. Aside from the obvious California related track titles, there are a lot of Cali lyrical references. Though the other record titles would suffice (and bring it back to their juvenile days), California probably represents them a lot better based on where they are now. We also got to hear some of “Built This Pool,” a definite summer anthem right there in the title. And the lyrics bring you back to Enema and TOYPAJ. “… I wanna see some naked dudes. That’s why I built this pool.” It’s great to see their heading down to Xfinity as well, the fans down there are getting seriously pumped. Check out this Xfinity Center map to get around and get into the thick of it!

And on that note, come join me on Saturday, August 6, 2016, at the MIDFLORIDA Credit Union Amphitheatre in Tampa! It’ll be Garrett’s birthday, so you know we’ll be rockin’ hard!!!

BUY TICKETS TO ALL DATES HERE!!!