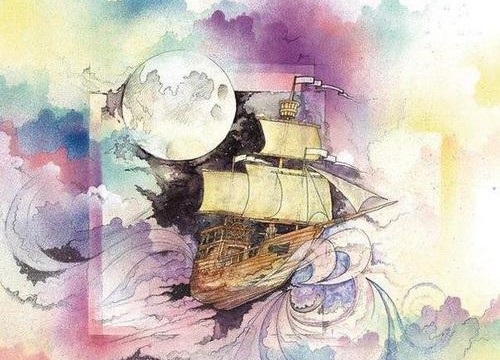 Yellowcard reinvent themselves with Lift A Sail (Razor & Tie Records). They move away from the beachside anthems for a more straightforward alternative rock album. This album is darker and more mature. They have tried this sound before on a previous album, Lights And Sounds. Where that album did not shine, Lift A Sail certainly excels. It has direction and a great theme of human resilience. This is perhaps due to its subject matter: A tragedy that has effected lead singer and guitarist, Ryan Key. Last year Key’s wife, who was a professional snowboarder, suffered an terrible accident that left her paralyzed from the waist down. While this album has moments of despair, it is more a testament to love and hope. Here’s what Key had to say in a letter-to-himself that he wrote late last year:

[…] You’re 33 and still touring the world and you’re married to the girl of your dreams. She’s a pro snowboarder from Russia. […] On April 23rd 2013, she will be training for the 2014 Winter Olympics in Mammoth Lakes, CA and have an accident that will change your lives forever. Her back will be broken and she will be paralysed below the waist. Two things will happen to you. First, staying by her side and marrying her in the hospital just two weeks after the fall will show you what it really means to be a man. […]

The second thing is you will find a whole new meaning for Yellowcard and everything that comes with it.” –Rock Sound. I have been a Yellowcard fan from the moment I heard “Powder.” A song from their 2002 Fueled By Ramen release, The Underdog EP. Hearing the violin incorporation was interesting to me then. It definitely set them apart from the Blink 182 cloned pop punk bands that encompassed that time period. Also, they hail from Jacksonville, Florida, my home state.

It wasn’t just the strings though. The lyrics of the frightening downside of drug addiction was way more heavy than that of the broken-heart-via-a-girl subject matter of the typical pop punker. Although they do have powerful love songs, Key and Yellowcard have made a career out of writing songs about the human condition. I was called a “poser” by punk rock elitists at my small town High School (Belleview) for not being into their first two releases, Midget Tossing and Where We Stand. Both of these releases came prior to Ryan Key. Key brought with him better vocal talent and superb songwriting skills. There has been several line up changes in Yellowcard. However, Sean Mackin (Violinist/Vocalist) who has been with the band since its inception, along with Key, have been the two constants.

2001’s One For The Kids became a source of pride for fans of the band before the mainstream success of 2003’s Ocean Avenue, with the anthemitic tracks like “Sure Shot,” and passionately delivered track “Something Of Value.” “October Nights” is still a favorite of mine. The sweet guitar riffs marrying the violins are completely perfect on this track. After all, this album was a stepping stone good enough to score them a major record deal with Capitol Records.

Ocean Avenue (2003) was a huge success. Yellowcard was a hit. In those days, to the punk rock purest at my high school, being on a major label was a sin. Many considered them to be “sell outs.” I never gave a shit about any of that. I like what I like because I LIKE IT. How’s that for punk rock? 🙂 This album wasn’t just huge on the charts, it was very crucial in my life. As a junior in high school, Ocean Avenue became a soundtrack to my days. It is essentially a coming of age album. I was dating my high school sweetheart at the time, which turned into a 6 year endeavor. “Ocean Avenue,” “One Year, Six Months,” and “Only One,” became themes of our young love. I can still hear “Breathing” and be reminded of the highs and lows of our relationship.

Aside from romantics, there are great tracks about life: The 9/11 inspired “Believe,” to the missing of a fallen loved one on “View From Heaven.” Both songs are very relatable and pull on heartstrings. Songs such as these is what makes Yellowcard so great.

I’m all for bands progressing  (like Finch). On 2006’s Lights And Sounds, Yellowcard expanded their sound. While respectable, it missed and turned out to be their weakest record. Even though it featured the energetic “Rough Landing, Holly,” and the Ben Folds-sounding anti-war song, “Two Weeks From Twenty.” It was difficult to follow up the successful, Ocean Avenue.

Lights And Sounds even featured a song with a member of Dixie Chicks, “How I Go.” There was some residual success from their previous release, but Light And Sounds received overall mixed reviews from mainstream media, some even considering the album “a complete flop.” I believe that the album was just too different too soon.

Paper Walls (2007) was a return to form. Which made those who were indifferent about the previous release, optimistic. This was the first release to feature the excellent guitar riffs of new guitarist, Ryan Mendez, which is evident from the opening track “The Takedown.” Songs like “Fighting” and “Light Up The Sky” feature huge sing-along choruses. On the other hand, try listening to “Dear Bobbie” without getting something in your eye. “Dear Bobbie” was written from an elderly man’s perspective, and features some spoken word story telling at the beginning of the track and in-between the choruses of, “When I die then I die loving you.” A year after the release of Paper Walls, Yellowcard announced an indefinite hiatus.

In 2011 Yellowcard returned with When You’re Through Thinking, Say Yes. The album sounded like a mixture of One For The Kids and Ocean Avenue. Many fans that have forgotten, or gave up on them, returned. This album also returned them to independent music. With this release being on Hopeless Records.

Not wasting any time the next year, Southern Air was released. Serving as the unofficial sequel to Ocean Avenue. With the beach themed tunes, “Always Summer,” and “Surface Of The Sun.” Much like Ocean Avenue, this album became a soundtrack for me. It was released a week after I moved to Brooklyn, NY from Florida, in August of 2012. Moving away from all I have known in Florida. “I left home, but there’s one thing that I still know, it’s always summer in my heart and in my soul.” I cannot tell you how many times I listened to “Southern Air,” being scared shit-less and missing home, wondering if I made the right decision. “I’ve watched the world go by outside a window; I still can’t believe where I am now.” “Southern Air,” has become a song I always listen to when I visit the tropical swampland: “This will always be home.”

Although I haven’t experienced anything similar to what Ryan Key has and offers on Lift A Sail, Yellowcard has always made relatable songs that are crucial in moments of my own life. In his writing, you experience what his life is like after his wife’s accident. The music effectively marries the lyrics to drive the overall theme of the record home. The opening violin-led instrumental track, “Convocation,” is the canvas to the album. The mood is created immediately. It is cinematic.

“Convocation,” is followed up by the Rush-like tune, “Transmission Home.” The drumming is great, even with the departure of original drummer, Longineu Parsons. Drumming duties for Lift A Sail are from Nate Young of Anberlin, which only add to the albums progression. The album has more of an electronic feel to it, which also contributes to the depth of sound fully evident on “Fragile And Dear.”

“The Deepest Well” features guest vocals from Memphis May Fire’s Matty Mullins (hence why they are touring together). It may also be the only track that would actually fit into any previous Yellowcard release. The guitars rage on “Crash The Gates” and “Illuminate.” The track “MSK” features no guitars just a brilliant mix of keys, violin, and a great display of Ryan Key’s vocals. My favorite track is the blistering, “My Mountain,” which is a lovely ode to Key’s lover, and serves as a prime example of what this album is all about. The first single, “One Bedroom,” was released October 1, 2014.

Lift A Sail may not be Yellowcard’s masterpiece, but it is their most cohesive release and a great leap in their progression. I am eagerly awaiting their next step.

Want to win Two Tickets to the ORLANDO SHOW at HARD ROCK LIVE?! There are several ways to enter!*

*Once you complete at least one of the tasks above – Email contests@showsigoto.com With Your Name, and put the ‘YELLOWCARD’ as the Subject to complete your entry. Thanks!

Catch them on tour: