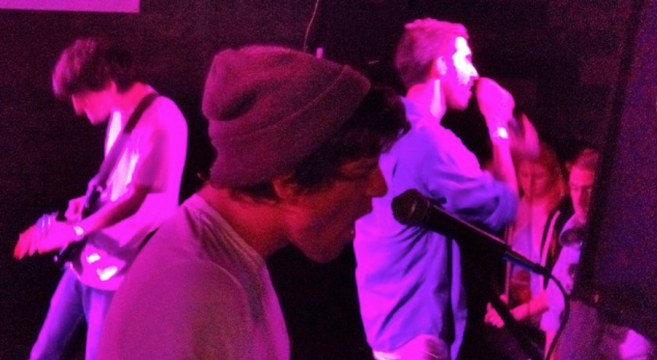 This little hole in the wall could barely withstand the blasts of energy contained that night. I’m referencing the Amityville Music Hall in Long Island, New York. It is a bar/venue with a little more emphasis on the bar part of it. I haven’t been in a venue this small since I was going to shows in Ocala as a teenager (it made O’Malley’s seem big, if you know what that place is). However, its size made is it a very intimate experience and that is what makes this venue so great! 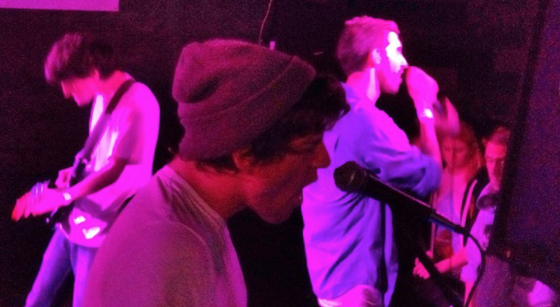 This fall, Sunday night showcased the buzzworthy talents of Rochester New York’s Such Gold and Transit who have been creating a massive wave from Boston, crashing on the music scene since 2006. Both of these bands are poised to be front runners of their respective genres in the coming years. Such Gold, with their fist pumping melodic hardcore, and Transit with their hybrid of contemporary, emo blended indie pop-punk.

Such Gold kick-started the night with a blistering set. I had always heard that their sets were highly energetic, much like that of A Wilhelm Scream. I am also aware that Such Gold had gone through some significant member changes since 2013. Having to replace their drummer and founding guitarist. How would this affect  their live show? If this night was any indication, I’m willing to bet not at all.

Although vocalist Ben Kotin had to take over for a guitarist who had departed, his advertised energy is now shredding instead of putting microphones into faces. And bassist Jon Markson played at 110 percent the entire set. I could feel the sweat pouring off of him as I was damn near on the stage. The only thing separating us was a small (waist height) wall splitting the bar section from stage left. 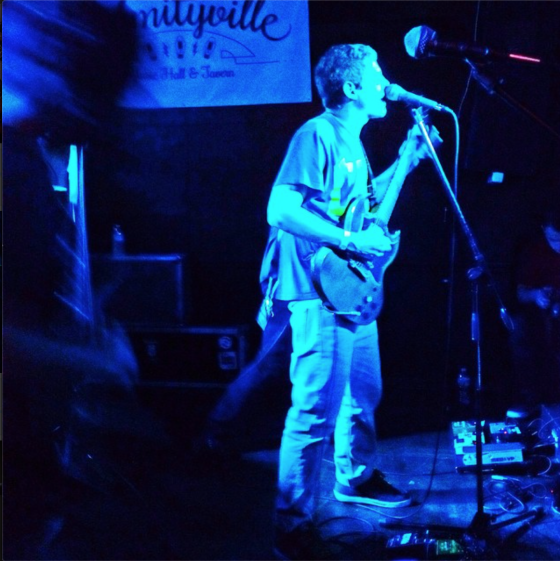 Even though they have only been around since 2009, Such Gold have already created a huge buzz. With two albums under their belt, Misadventures (2012) and The New Sidewalk (2014), the future looks bright for this promising band. This Long Island crowd already adores them, moshing and fist pumping to tracks; “Two Year Plan” and “Four Superbowls, No Rings.” The latter referencing the struggles of NFL’s Buffalo Bills. If you dig on reflective angst-ridden melodic punk, look no further than Such Gold.

I have seen Transit before but it was an acoustic show in early Spring of this year (2014). I was looking forward to seeing the “electric” Transit. Truth be told, there is not much difference. Transit is all about stimulating your heart and mind more than taking you to the woodshed.

Transit has been impressing me since their debut album, This Will Not Define Us (2008), and have been compared to such Long Island acts as Crime In Stereo and Taking Back Sunday. Singer Joe Boynton gave those two bands love as well as LI’s Brand New during the set proclaiming, “If it wasn’t for those bands I wouldn’t be standing here.”

It’s true Transit’s music has become more pop-punk mixed with indie-rock since 2011’s Listen & Forgive. A change not welcomed by all. However, a change that highlights the strengths of this band: songwriting and Boynton’s voice. 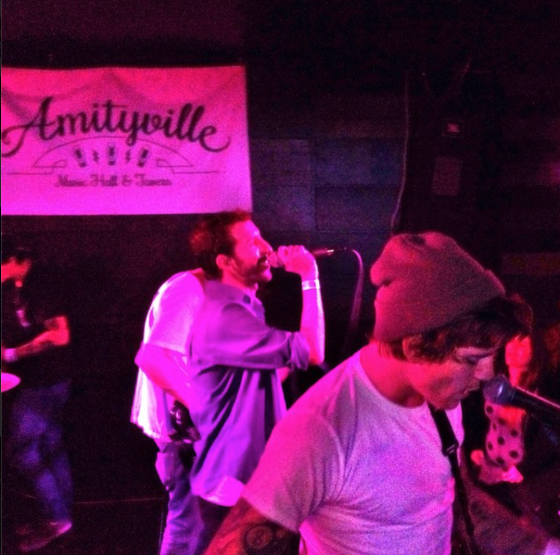 Their 2013 output, Young New England, will live in my heart much like Yellowcard’s Ocean Avenue (2003). Both being the album of their respective Summers’. I’ve always had a link with their hometown state, Massachusetts. Boston is my favorite city as well as the home of my favorite team, the Red Sox. Proof: 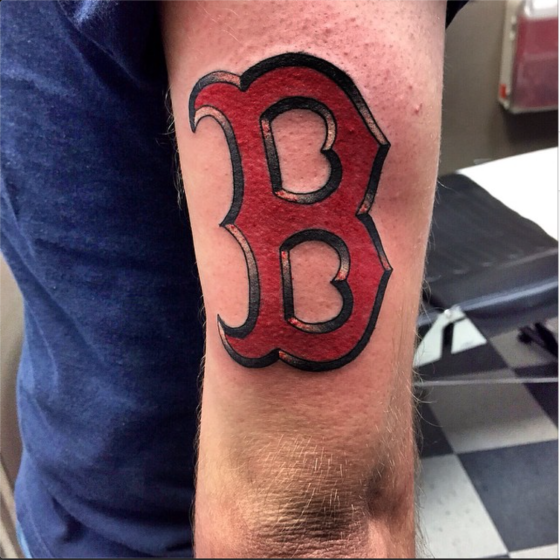 And it’s no secret that 2013 was a significant year for that city. The tragedy that was the Boston Bombing, the galvanizing of the city, to the Boston Red Sox winning Baseball’s World Series. It was also the first time I had the pleasure of visiting the city that I always had a spiritual connection with. From the opening track, “Nothing Lasts Forever” to the closing, “Lake Q,” Young New England has become a time capsule of the memories of meeting new friends and visiting Fenway Park (a dream of mine since childhood). That album became my soundtrack as I rode on a 4 hour bus ride from NYC to Boston.

Transit, much like Such Gold, were fresh off new albums, and they both recently encountered similar band member issues. Founding guitarist and backup singer, Tim Landers, left the band prior to the release of Joyride to peruse other endeavors. Torre Cioffi, who has been with Transit since 2011 moved up to replace Landers’ position. I was concerned at first that founding member Landers was gone but alas Cioffi took over with ease.

As if it mattered, Joe Boynton is a charismatic frontman. He has what many would call simply “It.” He knows how to control the crowd, and his passion is clearly evident in every note. They are proud of where they come from. Performing “Weathered Souls,” which proclaims:

“For the weathered souls of the storms not forgotten. The beating hearts on the north shore of Boston.”

Even though we were not in Boston, the Long Island crowd didn’t seem to mind as they sang along with every word. Much like they did with songs like “Listen & Forgive,” “Skipping Stone,” and “Long Lost Friends.” The crowd even admired new tracks, “Rest To Get Better” and “Saturday, Sunday”. Their best performance was “So Long, So Long.” We all fell in love as we all sang along, “Take Me, Let’s Run Away, I’ll Be Your Runaway.”