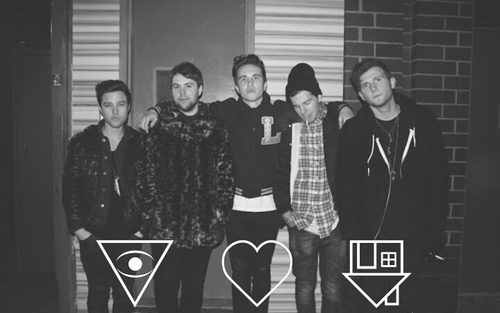 Fall officially begins September 23rd, so start the change of the season with some California cool. The NBHD (The Neighbourhood) will be at House of Blues Orlando on Wednesday September 23 2015. Joining them will be Bad Suns and HUNNY. With general admission at only $40.50, this is a show you can’t afford to miss. Contact House of Blues at 407.934.2583 for more information.

Get Tickets to THE NEIGHBOURHOOD in Orlando HERE!

The NBHD are known for their stylish black and white videos that combine addicting beats with Jesse Rutherford’s smooth harmonies. I’ve always considered them a band full of swagger and sway. No fists will be flying during this show, but hips will definitely be moving. I’ve been listening to their 2013 album, I Love You, for a while now and I’m more than excited to hear it live. The appropriate fall love song “Sweater Weather” is sure to heat things up in the House.

The NBHD announced a new album, titled Wiped Out!, set for an October release, and I’m curious to see which new songs they’ll play. The NBHD released the bass heavy “R.I.P 2 My Youth” earlier this month that’s sure to shake the venue to its foundation. Check out the brand new video below.

This will be my second time seeing Bad Suns with Adam, check out the review and photos here. They are still touring with their album Language & Perspective, but I just came across their Lana Del Rey, super-eight style video for “We Move Like The Ocean.”

HUNNY is a new to me, but I’m already digging their sound. HUNNY’s song “Cry for Me” has a funky bass line and indie rock guitar riffs. The harmonized vocals are carried by a simple drum beat and ethereal keyboards. I’m interested to see what else they have to offer.

An opportunity like this won’t come along again anytime soon. Do yourself a favor and mark your social calendars as “Busy at House of Blues, dancing my balls off” on Wednesday September 23 2015. Adam and I will be there, and if you’re a cutie, one of us will dance with you. We can’t help it and Shows I Go To encourages it.

Want to win 2 Tickets to see THE NEIGHBOURHOOD at House of Blues in Orlando, FL on Wednesday, September 23, 2015?! There are several ways to enter!*

Get Tickets to THE NEIGHBOURHOOD in Orlando HERE!(You can always give them to someone else if you win)