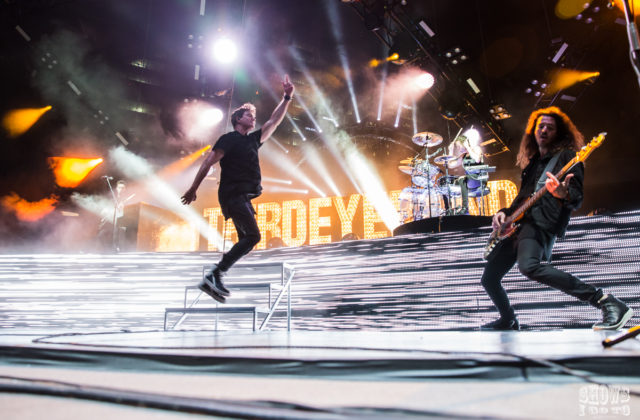 As I cross the Cumberland River en route to Ascend Amphitheatre, I slouch into my driver’s seat and relax a bit. It’s been a tiring day at my new job. Hell, it’s been a tiring few weeks adjusting to this new home of mine in Nashville, TN. Having spent most of my time since moving here assembling furniture, working, and trying to find my place in a group of friends in a strange new town, an evening of familiarity is just what I need. 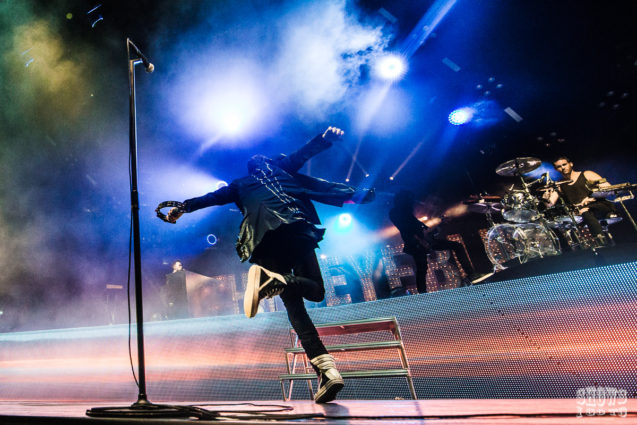 All I want is to blend into the crowd with my camera, belt the words to some old Third Eye Blind tunes with a field full of strangers, and watch Stephan Jenkins strut around on stage.

I’m still considered “new” to Nashville, although, I feel like I should know my way around town a little better by now. Apparently, I’m still new enough not to know that since Ascend sits in the heart of downtown, 10pm noise ordinance is a strictly enforced rule. That means the ticket which reads “7pm” isn’t a suggestion of when to head downtown, but rather the set time of Silversun Pickups. 7pm on the dot.

My moment of relaxation abruptly ends as I get to the other side of the bridge. I hear the familiar driving guitar part and vocal harmonies of Silversun Pickups coming through my passenger side window, which didn’t stand a chance at staying up in this perfect summer weather. Surely enough, I’m missing the action. Shit.

Part of me (most of me) wants to turn around and go home. It’d be easier to lay in my comfy new bed and fall asleep to Netflix until I have to wake up for work again tomorrow. That sounds better than overpaying for parking to see a show that’s already half over. 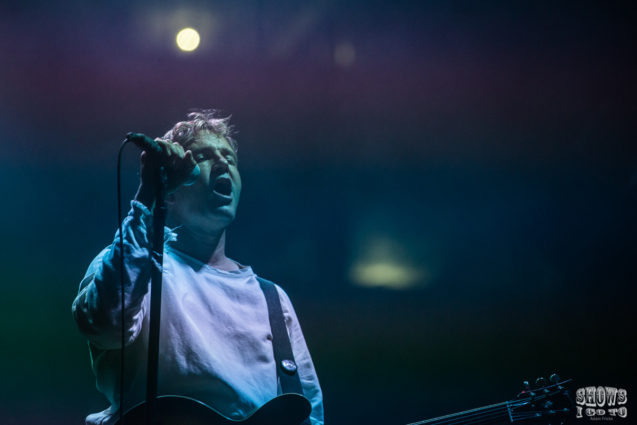 As if on cue, “Weightless,” off of Third Eye Blind’s latest release We Are Drugs, comes through my car speakers. The words, “I never really loved anything that didn’t scare me,” pierce my uncertainty, even though I try to ignore them.

I didn’t move to Nashville to pay bills and hide under my covers with old episodes of The Office. I came here to push myself at a new job, explore a new city, and try new things.

My mind’s made up. I pay way too much to park in a lot that’s entirely too sketchy to require payment at all. As I enter the amphitheater, “Lazy Eye,” ends and Silversun Pickups retire for the night. I think I should’ve headed home. 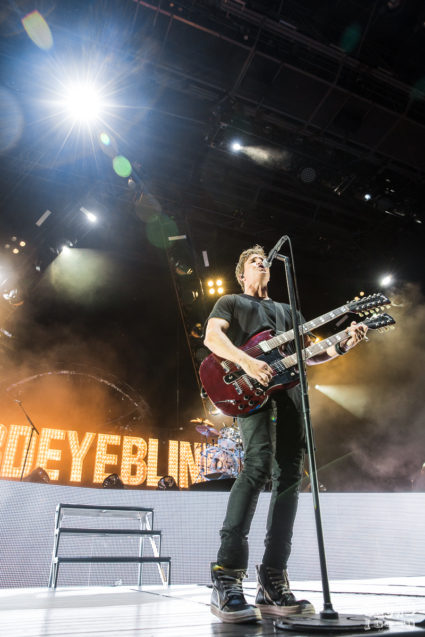 Third Eye Blind takes the stage and my anxiety fades. Stephan is wearing the same shoes as the last time I saw them a few years back. “Weightless,” is the first song played. The lighting is spectacular. Nostalgia, but in an unfamiliar place. 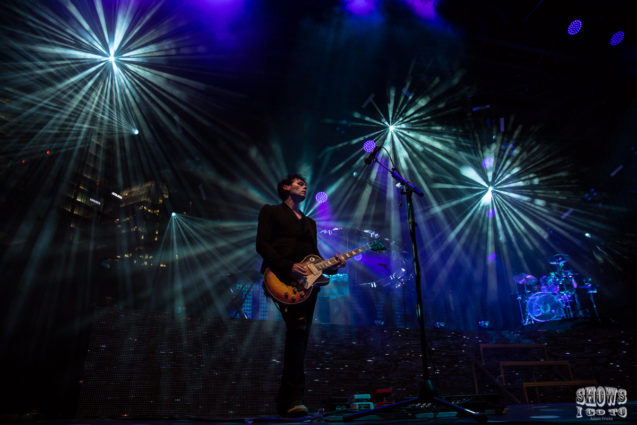 It’s evident how much thought, effort, and heart was put into planning this tour. From booking outdoor venues to capture the summery vibe, to the stage which is meticulously set up for dynamic stage presence, to the lights that perfectly set the mood for each song; it all coalesces perfectly. The swirling lights around Kryz Reid’s melodic guitar part during “How’s It Going to Be,” are the epitome of perfect stage lighting. 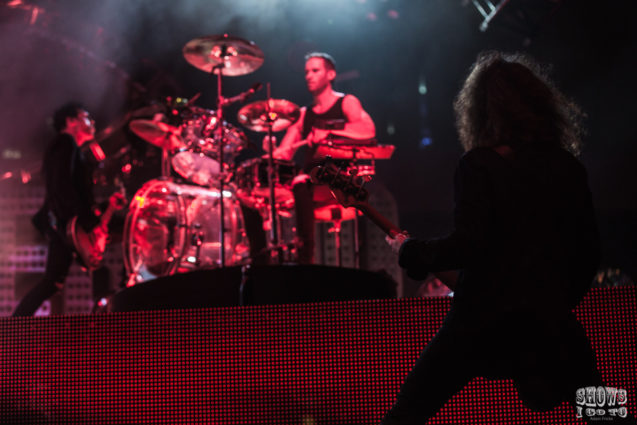 This ‘Summer Gods Tour,’” Jenkins explains, “is to say thank you for letting us make music as our jobs for the last 20 years. If it weren’t for you singing these words with us this whole time, we wouldn’t be here.”

I’m confused by the humbling words coming from a tour of fellas indirectly claiming to be gods, but I feel blessed, nonetheless. 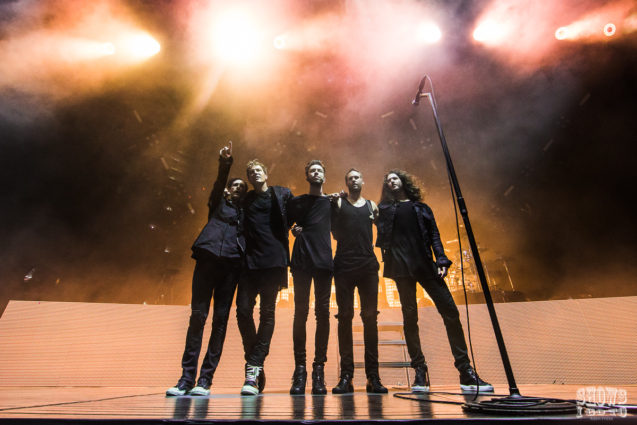 Jenkins continues, urging the crowd to support the struggling musicians here in Music City. He reminisces on times in San Francisco when Third Eye Blind was just starting out. He stresses how instrumental their supportive city was to them in their band’s adolescence. It’s the kick in the ass I need to keep my chin up. 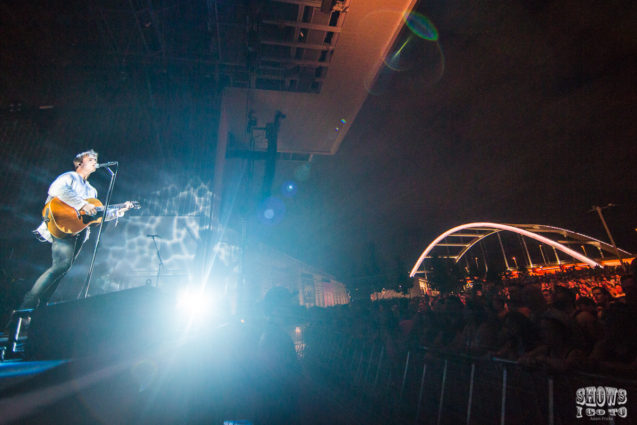 As I watch and listen to the closing songs, Cumberland River in the background, I can’t help but think I’m right where I need to be.