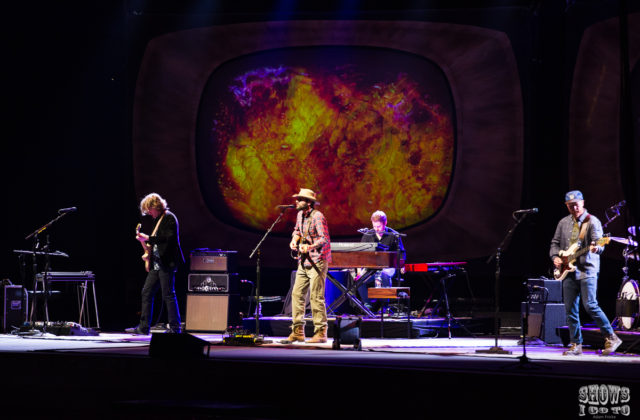 Sure, plenty of legendary artists have gotten their “big breaks” in Nashville. Most touring acts I’ve seen in my freshman year as a big bad Nashvillian have made some sort of comment about how special the city is to them, what it’s done for their songwriting, or how much of an honor it is to play here.

But Ray LaMontagne didn’t come to Nashville to talk about Nashville. It became apparent after two, wait three, no, make that FOUR songs without addressing the audience at Ascend Amphitheater that LaMontagne wasn’t just another cliché.

The last thing this city needs is another f*cking condo,”

were his exact remarks about Music City.

Set right on the edge of downtown, Ascend Amphitheater as a whole wasn’t sure if it should laugh, clap, or pretend not to hear those words. Personally, I was a little offended (welcome to 2018,) until I really thought about it. Ray wasn’t there to do the whole hits, new song, hits, slow jams, new song, hits, setlist we’ve grown so accustomed to. No, he came with his setlist. He was here to play a live soundtrack to your pre-summer night. And that’s what he did. The night was filled with music, and not much talking or unnecessary filler. Despite the fact that most of his well-known tunes come from his earlier records, Ray played his two most recent albums in a heavier rotation. Instead of a standard singalong kind of show, it became evident that this was a thoughtful set, light show, and ambiance built for a calm, relaxing evening.