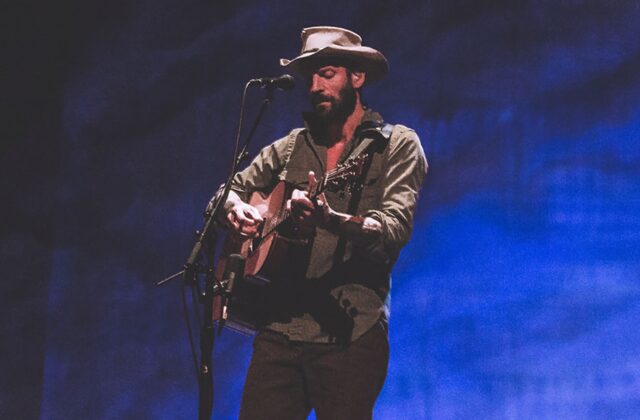 Everyone who seeks warmth and love should put down their phones immediately. We simply can’t get that feeling from our devices. Instead, I humbly suggest you seek out live music and especially Grammy Award winning Ray LaMontagne. He is touring the country on a massive quest supporting his brand new album, MONOVISION. The sonic soul adventure brought the heat in the Summer and continues to keep fans warm and satisfied as we head into fall. Special guest Lily Meola will open the show at Ruth Eckerd Hall in Clearwater, FL on October 14th. TICKETS AVAILABLE HERE! Ray LaMontagne’s new album, MONOVISION, is bursting with love and emotion. Fight off the tingles as he takes us down memory lane with his classic composition that brings us back to our roots. His first release, Trouble, came out in ‘04 establishing a name for the acoustic, folk rocker. He was most successful with his fourth album, a collaboration with the Pariah Dogs, God Willin’ and the Creek Don’t Rise. Released in ‘10, the masterpiece won a Grammy Award for “Best Contemporary Folk Album.”

Lily Meola burst onto the music scene in August with a huge performance on America’s Got Talent! She received a “golden buzzer” pushing her through to the live performance rounds. The Hawaiian singer is still competing on AGT while working on tour with Ray.

Ruth Eckerd Hall is located in Clearwater, Florida. Boasting more than 2k seats, this 73k sq-ft performing arts venue has been open to the public since 1983. The facility also contains a banquet room in addition to dance and rehearsal studios. In 2011, this elegant venue underwent an $11 million dollar renovation that included a stunning three-story, floor-to-ceiling windowed expansion and an amazing 6,000 square foot Grand Lobby. RAY LAMONTAGNE TICKETS AVAILABLE HERE!