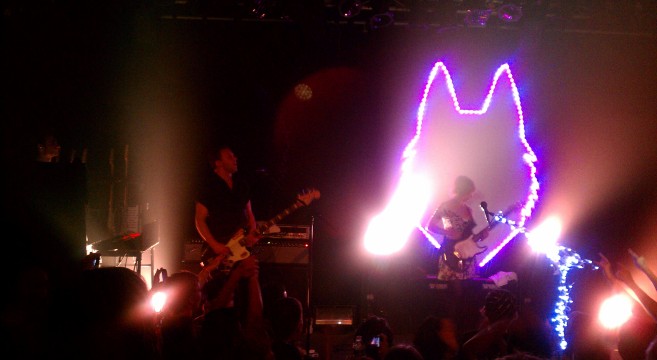 Ritzy Bryan is fucking adorable. She curses like a sailor. She is supremely attractive compared to most women. Best of all, she is a fucking amazing musician! She has a beautiful voice. She is very comfortable rocking out. And has no problem smashing her guitar on stage. Need I say more??

Based on the above, I think I have a crush. I’ve never had a crush on someone famous before. Is this how teens used to feel about Jonathan Taylor Thomas? Should I tell her how I feel? Should I write about it in my journal?

The Joy Formidable. What a great fucking band name. It’s quite a statement. I was super stoked to see them at such an intimate venue as The Social. This show was ten tickets away from sold out. And well warranted. They blew me away the last two times I saw them at radio shows in Tampa. This time they were destined to make my fucking head explode.

They took the stage as the crowd reached it’s peak dB ratio. I could feel the energy on my skin. The hairs on my jointed appendages were nearly erect. Exploding into their set with the Cholla. A rocking choice. Yes, I said “rocking” and he’s why – The Joy Formidable Cholla Video:

The Joy Formidable is just a 3-piece band. Ritzy plays guitar and sings. Rhydian plays Bass and sings. Matt beats the shit out of the drums. I find it fascinating that such a HUGE sound can come out of just these three. It’s nice that they can pull it off live too. Here’s a shitty pic: 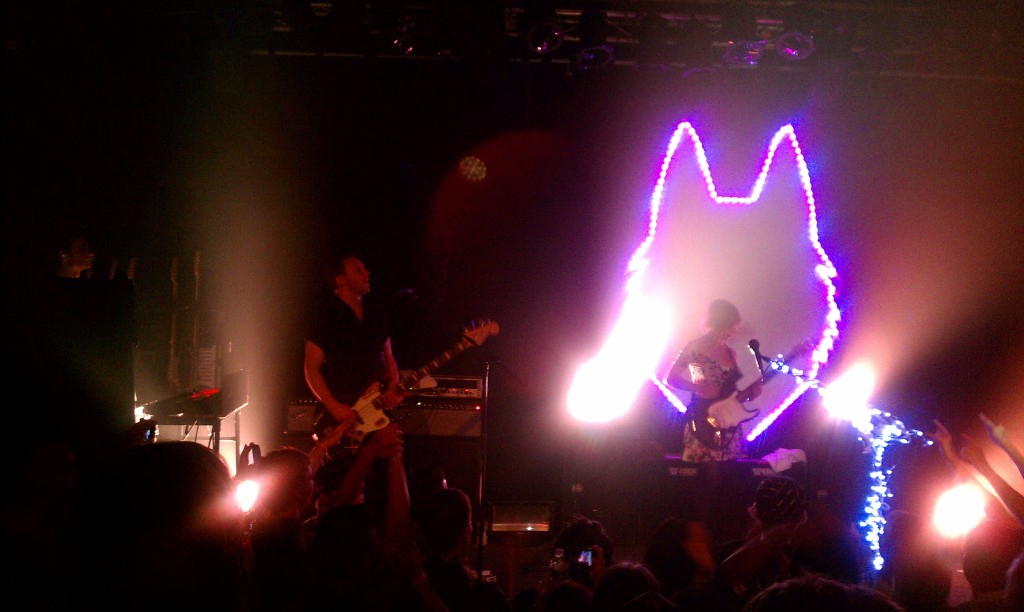 Throughout their set, Ritzy’s beautiful vocal chords delivered dreamy Welsh accented choruses and verses, complemented by both heavy and delicate melodies. One of my favorite delicate songs they perform is Silent Treatment. Check out The Joy Formidable Silent Treatment live below:

After melting the faces of every patron of The Social, they came back for a two song encore. Closing their set with their most successful song, Whirring. The radio edit is approximately 4 minutes. The full version is closer to 9. Yes, they played the full version. It was fucking rad. Check out the Joy Formidable Whirring Live Video (Watch it til the end).

After the show me, and several (like 30/40) other fans waited around so we could get some merch signed and thank them for coming all the way to Florida to play. I asked the merch girl if they’d be back out and she replied “no, they don’t do that.” Reluctant to accept defeat, I creepily went around the back of the venue and hung out by their bus, with a few of the other creepers, attempting the get the same deal as I. We were defeated. No success. Waited, waited more. They kept in their bus.

Probably for the best. It will give me more time to prepare for Ritzy and I’s elopement. I just hope she likes ring pops… I’m going to take a cheesy line from Saves The Day – “with a couple of ring pops, no need to propose.” Until next time Ritzy… 🙂

Keep up with them on The Joy Formidable Facebook. Do not miss one of their live shows if you have a chance to see them! They’re a great band to take a date to see too! Cheers.