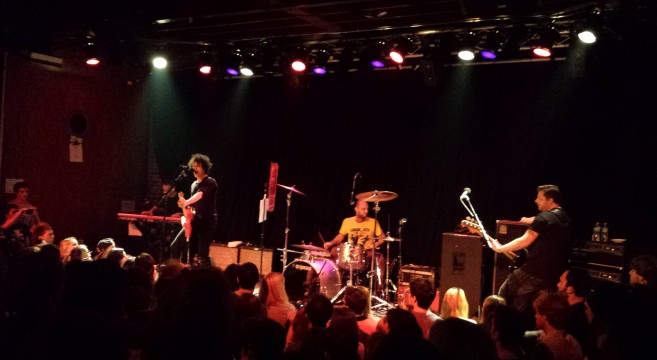 The Fratellis only played five shows in the United States and Canada on this tour. Five. How the fuck The Social Orlando got them is beyond me. I was so fucking stoked though. A venue that I walk to on an almost daily basis gets one of Europe’s biggest bands that regularly sell out venues 10 times it’s size. Maybe The Fratellis just wanted to visit Disney. Maybe it was Harry Potter world at Universal. Either way, thank you Social. That fucking ruled.

The Fratellis are a three piece indie rock band from Glasgow, Scotland whose band name is clearly a reference to the cult classic 1985 film The Goonies. I think the song that turned most people on to them was “Chelsea Dagger,” titled after the lead singer’s wife’s burlesque name: Chelsea (hence the context of the video). You can listen below but your gonna get that shit stuck in your head for ages. Check out “Chelsea Dagger” by The Fratellis:

Throughout their whole set, some asshole was yelling for that song to be played. Let’s get something straight: Bands are not jukeboxes. Screaming out your demands for your favorite fucking song over and over isn’t going to make the band play that song. Think about it. If someone were yelling at you at work over and over demanding you to complete a task that you were going to complete anyways, wouldn’t it get really fucking annoying? Yeah, that’s how bands feel. The only time it’s OK to yell out song names like an idiot is when the band specifically solicits it, normally in the form of a question similar to “What would you like to hear?” That’s it. That’s the only time.

We Need Medicine is The Fratellis latest release. I’m really getting into this record. They played a good bit of it at The Social. I’m really digging the opening track “Halloween Blues.” They also debuted a brand fucking new song called “Too Much Wine” – which was very fitting for my girlfriend that evening. There is a fan recorded video of the actual performance of the song at The Social below. Check it – “Too Much Wine” by The Fratellis:

The Fratellis wailed through 24 songs, while the entire audience danced their little hearts out. They were so humble. The lead singer, Jon, said “it took us nine years to get here. We’re so grateful. Hopefully it doesn’t take us nine years to come back. Thank you so much!” before ripping into another song. Here’s a shitty pic: 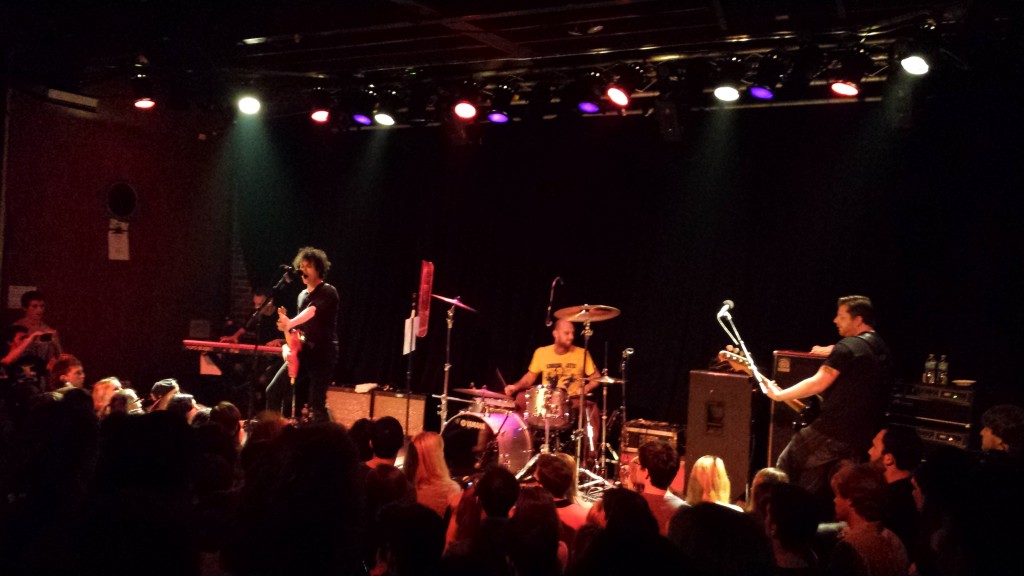 My girlfriend walked up to me after she paid a visit to the restroom. Straight faced, she looked and me and said “There is a girl puking in the bathroom. All the time.” Her deadpan humor was conveyed flawlessly. The sad part is that she is probably completely correct! I bet there is always at least one person that pukes in the bathroom at the Social every time they have a show.

I shook the lead singers hand after he left the stage and patted him on the back. It felt like I had placed my hand into a pool to see what the water was like. He was the sweatiest man I’ve ever touched. Thank you for that Mr. Fratelli.

I’ve never been disappointed when I’ve seen a band from overseas. The Vaccines were fucking insane. After the show I headed across the street to have a beer at Lizzy’s where I ran into another band from overseas – The Cold Start. Check out their shit, they are playing SXSW this year and have a lot of good shit coming their way. Cheers.