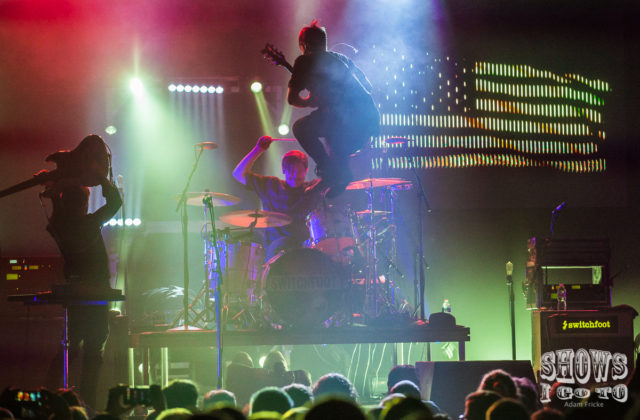 Two days before seeing Switchfoot and Relient K in Minneapolis, I was fortunate enough to do a quick phone interview with Switchfoot guitarist, Drew Shirley. After a few minutes on the phone, I realized we had more in common than I originally thought. As it turns out, Drew likes making weird sounds with guitars and traveling the country, and he believes in America. Hey, me too! Maybe you can relate.

With all that’s been going down in the world, especially the recent tragedies in Orlando, the band brings forth the question: “Who are you, America?” 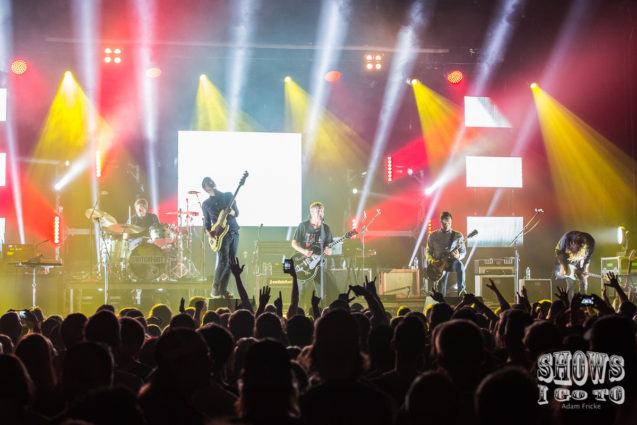 Switchfoot’s tenth album that came out this summer, Where The Light Shines Through, tackles questions like this among others. Their tour with Relient K is a search for a redefined America.

The good fellas of Switchfoot do a VIP meet and greet before each show on the “Looking For America Tour.” Drew invited us to join in on the fun, and we couldn’t say no. After watching the guys wrap up soundcheck (with a couple songs they wouldn’t play during their set later), everyone was excited to meet them and get a photo. It provided a great opportunity to hang out with others who share a love for music and hope. 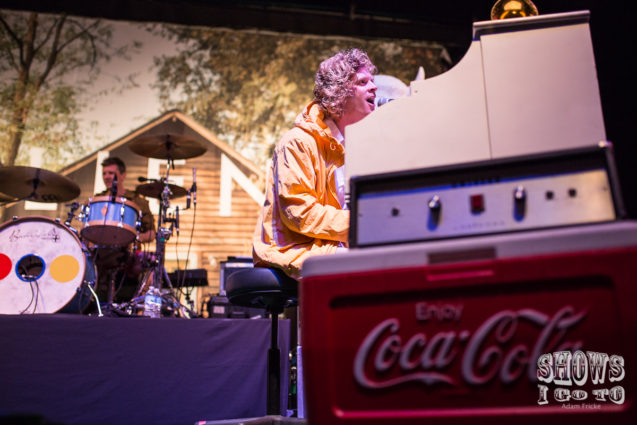 Relient K opened the night with a satisfyingly lengthy set. I’ve seen them play a few times before and this is the tightest they’ve sounded yet. The stage was set with their typical bison mascot. But this time, it looked as if the Ohioans were throwing a backyard BBQ party. The stage was turned into a yard thanks to some fuzzy green grass carpet. A grill, lawn chairs, and retro Coca-Cola cooler brought the BBQ to life as Matt Thiessen sported his Cleveland Browns hat as if rooting on the Brownies. The crowd chanted “O-H-I-O” during a jaunty tune off their new album, Air For Free, that almost made me forget about my Miami Dolphins. 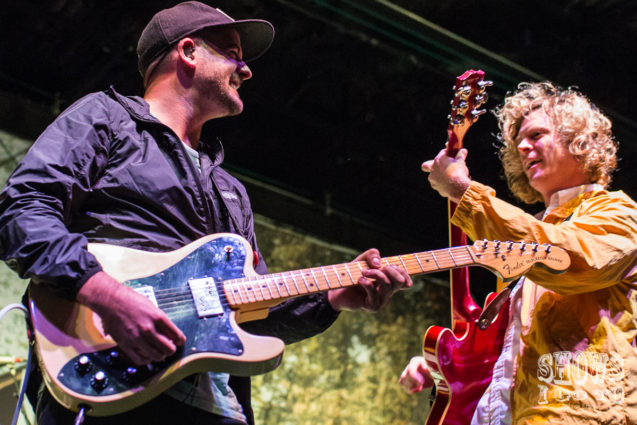 In addition to new, piano-rockin’ tunes, they played plenty of older songs too. Selections were made from just about every album they’ve written, and the crowd wasn’t shy in belting out the lyrics. “Jefferson Aeroplane” and “Sadie Hawkins Dance” had everybody reminiscing on their favorite Relient K tunes from over the years. It’s safe to say that everybody in the room knew what color pants Matt wears to the dance. 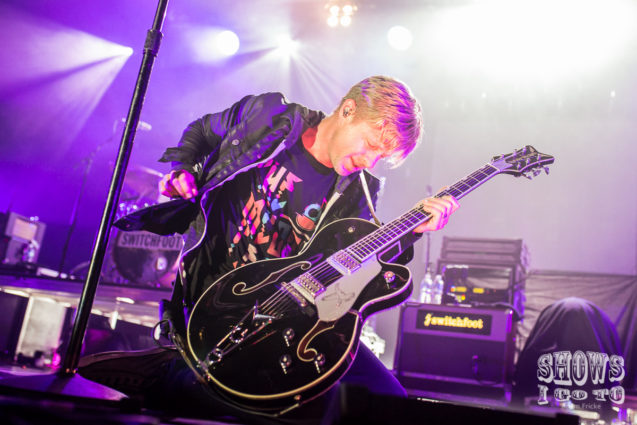 Switchfoot took the stage after Relient K’s BBQ was cleared off, leaving them more “room to play,” as Drew mentioned on the phone. He wasn’t kidding! Within the first couple songs, the band found their groove and danced across stage especially frontman Jon Foreman. Jon couldn’t be contained, sliding on his knees, jumping into the crowd, and even walking around slapping fives and giving hugs. They made it clear from the beginning that this was not a show but an interpersonal interaction between them and the audience. 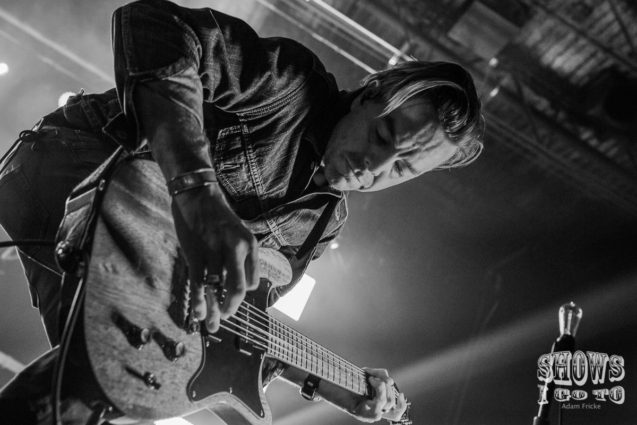 Drew seems most comfortable with a guitar in hand, especially in the middle of “Where The Light Shines Through.” With plenty of wiggle room for some bluesy riffing, Drew and Jon took turns soloing. They both looked like they couldn’t keep smiles off their faces. 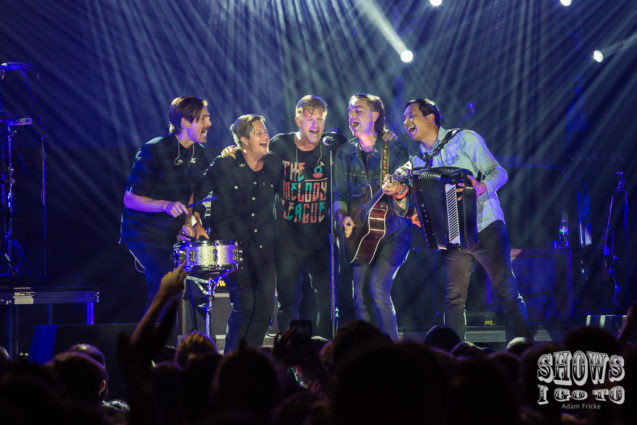 Aside from the next-level stage presence and production value, Switchfoot sounded incredible. It was evident how much effort they put into rehearsing for these shows: they brought Chad from behind his drum set and the whole band did an acoustic version of “Hello Hurricane,” complete with Jerome on the accordion. What could’ve easily gone horribly wrong went terrifically right, as the five-part harmony was on point. As much as I enjoyed the lights and confetti cannons, this is what really impressed me. 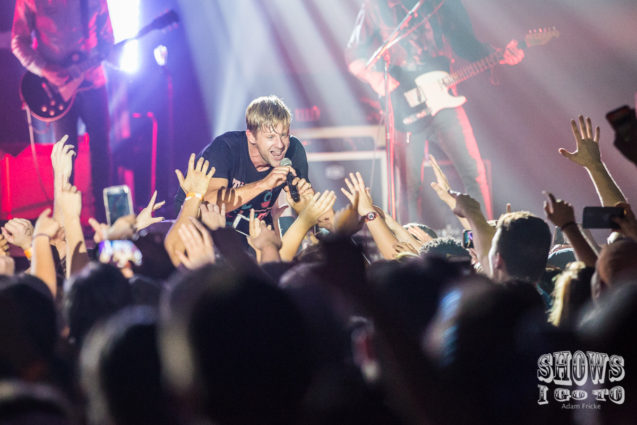 Songs like “The Sound” and “If The House Burns Down Tonight” showed the more vulnerable side of Jon and his songwriting. Focusing on civil rights issues as well as his own dark times, these tunes became the platform for the album’s theme of redefining America as we know it. Wrapped up with a room full of souls screaming the words to “Dare You To Move,” Switchfoot left the room full of hope. 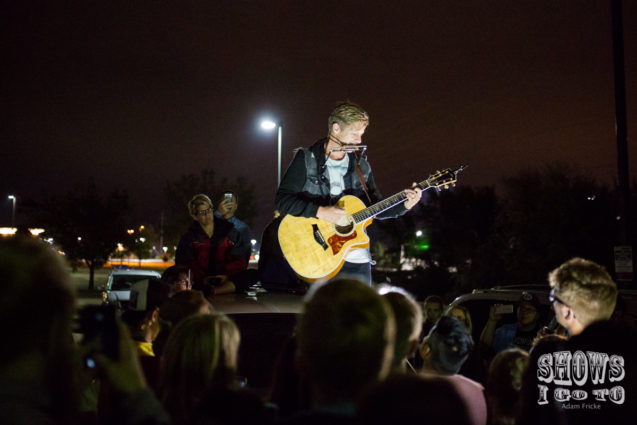 But the night didn’t end there. Shortly after the show, Jon tweeted that he’d be playing a few acoustic songs “out by the bus.” Within minutes, upward of 200 show-goers had gathered around waiting for his cue. Jon appeared wielding his Taylor acoustic guitar with a harmonica draped around his neck. He hopped onto the hood of a minivan and played, “whatever songs I can play in G, it’s the only key harmonica I brought with me.”

A chorus of voices filled the parking lot for five songs that ranged from old Switchfoot records to Jon’s solo material. My favorite was “Before Our Time” when Jon invited everyone to whistle a solo after the second verse. Between laughs and smiles, you could hear a strangely harmonious cacophony of whistles, goaded on and on by the ringmaster on the hood of the van. After he had sung all he could and doled out a few more photos and hugs, Jon retired to the bus. Shortly after, the buses left the lot to continue their search for America.