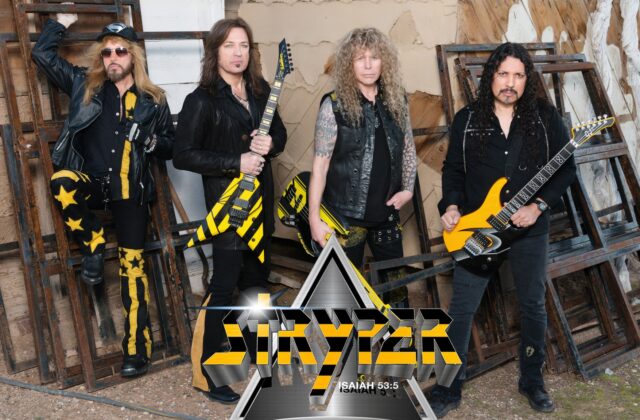 Few bands have earned the title of being on the Mount Rushmore of Christian Rock. Hypothetically, if there were such an incredible effigy celebrating the success of these holy bands, Stryper would be George Washington. Stryper forged the path of the heavy metal Christian, walking so bands like Skillet and Casting Crowns could run. And for one night only, you can see Stryper at the House of Blues Orlando on May 28th, 2022 at 7:00 PM (TICKETS HERE!). Inspired by other great acts like Van Halen and KISS, Stryper formed in 1983 in southern California, the heart of the sunset strip. Disheartened by the messages and attitudes of the metal music at the time, the band decided to spread their message of the gospel through their music, even naming their band after a verse in the bible (Isaiah 53:5), “But he was wounded for our transgressions, he was bruised for our iniquities: the chastisement of our peace was upon him; and with his stripes we are healed.” Clever, right?

The band is currently made up of brothers Michael Sweet (lead vocals, guitar) and Robert Sweet (drums), Oz Fox (guitar), and Perry Richardson on bass. Their first album, Soldiers Under Command, was the band’s first gold record. Only a year later they would release To Hell With The Devil, their first album to go platinum and sell over one million copies, the first Christian rock band to do so.

This band was not only the perfect Christian rock band, but the perfect ’80’s metal band, duel guitar solos, high pitched harmonies, and big hair, making Stryper the perfect package. Just because these guys are Christian does not mean they don’t rock. Don’t believe me? See for yourself at the HOB in Orlando on May 28th. I mean it, these guys could rock the Judas out of Judas Priest!