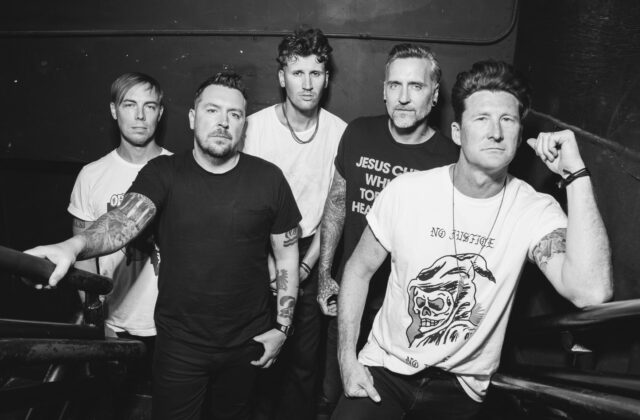 Flying back onto the tour scene is the band Anberlin! You can catch them August 4th through the 6th at the Floridian Social Club in St. Pete (TICKETS HERE). This is no average concert however, as they are celebrating their 20th Anniversary as a group by playing 3 full albums (Never Take Friendship Personal, Cities, and New Surrender respectively, plus B-Sides!) across the three days they’re in town! Anberlin formed in good ol’ Winter Haven, Florida in 2002. Since 2007, the band has been made up of lead vocalist Stephen Christian, guitarists Joseph Milligan and Christian McAlhaney, bassist Deon Rexroat, and drummer Nathan Young.

They have been generally been described as a Christian Rock band, but lead singer Stephen Christian does not fully accept this blanket statement of his music, as he feels faith is more complicated than just a label, “My faith affects every single aspect of my life, but I’m not a preacher, I’m an entertainer.” Simply calling Anberlin a Christian band would be like saying Tom Brady is just a guy that can throw a ball, or Ray Charles is just a guy that is really good at piano. Their melody driven instrumentals combined with emo influenced vocals help curate a unique sound that makes you want to get up and jump.

After taking some well needed time off, Anberlin is back and better than ever, and if you are a fan of good music, you’re reading this so I hope you are, you owe it to yourself to see this once in a lifetime show in the state that started it all.