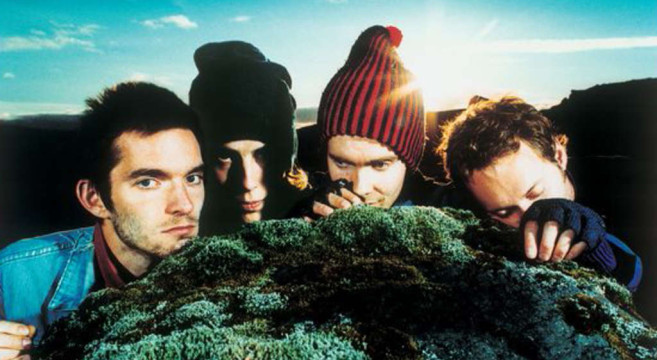 It was Halloween 2010. I traveled with Friends to Atlanta to witness the lead singer, Jónsi, perform his solo material. I’m not knowledgeable enough with the English language to articulate how beautiful and breathtaking the Jónsi performance was. That was the closest I’ve came to a Sigur Rós performance.

Tears came out of my face. I was moved emotionally. The group of 7 or 8 friends I was with were all speechless after the performance. We tried our best to verbalize how the performance made us feel. How it affected us. How it changed us.

Sigur Rós is an instrumental band from Iceland. I mentioned lead singer above. Indeed he is their lead singer. However, he does not sing in any language. Rather, he uses his voice as an instrument. Singing to whatever fits each song the best. It’s quite incredible. The entire band is quite incredible. Some people call his singing “gibberish.” But isn’t all music gibberish in a sense?

Jónsi put out a highly anticipated solo album Go in March of 2010. This was an especially big deal because he sang in English for this record. Check out the Jónsi Animal Arithmetic Video below. He also sings in Icelandic in this song.

Sigur Rós is infamous for having breathtaking performances.  I cannot express my excitement in words as to how thrilled I am that they’re coming to Orlando. Have a listen to live acoustic version of The Nothing Song by Sigur Rós below. If you enjoy the movie Vanilla Sky, the full version of this song was featured in the film.

They have a new album coming out entitled: Kveikur. I’m always excited to hear what they’re going to release next. I sit at home alone, smoke, and watch the Inni DVD sometimes. I really need to get my shit together and purchase the Valtari Film Experiment. It an amazing film project featuring 16 individual, beautiful videos, released every other week or three. One even features Shia LaBeauf. I managed to see the film at the amazing Enzian Theater when it was released. Such an awesome place to watch films – couches, great beer, great food, eat while you watch. It’s perfect.

I cannot remember a time when Sigur Rós played in central Florida. I bought presale tickets the minute they went on sale. If you didn’t, this badass record store in Orlando is giving away free limited edition posters with every ticket purchase! Go buy your tickets at Park Ave CDs! See you at the show!