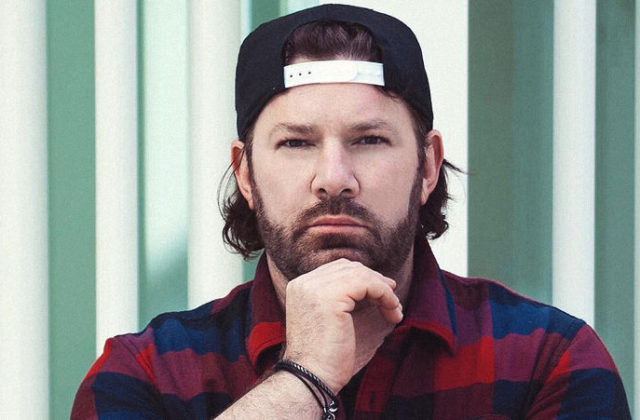 Going to see Shiba San at the Beacham, in Orlando, FL is a little out of my comfort zone. I haven’t listened to much house music before. So, I consider myself a noob when it comes the nuance of house EDM. In fact, I can count on one hand the house DJ’s I’ve seen over the last few years of covering music for Shows I Go To.

But, when I saw Shiba San play at Hulaween this past year, I was blown away.

Shiba San is a French DJ with an extensive background in hip-hop production. In 2014, his interest in Chicago house music led him to produce his biggest hit so far, “Okay.” A global hit, Shiba San follows it with “Burn Like Fire” in 2015, to solidify his spot at the top. Thus giving Shiba San back to back “Best Underground Track” Awards from  IDMA/WMC. He also recently dropped some delicious new tracks, “Back to Funk” and “Off” of his new EP, Off the Funk.

His residency at the top of EDM charts is one more reason I went see him live for a second time. And, I really like his stuff. One of the things that I find so attractive about Shiba San, and house music in general, is the lack of a “long slow buildup, into a disappointing drop,” (which has become the norm when it comes to mainstream EDM).  I also enjoy how his music has longer loops and often includes funk in his bass lines. He is a master of balance when he drops old sounds and adds new ones to the loop. No matter how many times we go around, the beat continues to morph and evolve without loosing its original mojo.

Walking into the venue, the mood is perfect. Shiba San takes the stage to huge applause. A hype crowd is ready to dance to this enormous international DJ. Everyone is engaged, and they often provide their own “woo’s” to the music.

He’s not on stage but for five minutes before a dance circle breaks out in front of me.”

A few people show off their moves before the main guy takes the floor for his library of moves. The only thing he is missing  is cardboard under his feet like the old school break dancers. Shiba San’s creative progression through songs shows his vision and patience while moving from beat to beat.

I love that I feel like he’s taking me on an tour through a huge musical mansion, and as I reluctantly leave one amazing sounding room, he introduces me to a new room and sound that I end up liking just as much!”

Later in the show, we hear some of his big hits including, “Chance,” a collaboration with Green Velvet, and “Okay.”  Shiba San included “Rapper’s Delight” lyrics on top of “Okay” showing off his inclination towards hip-hop. Shiba San, may not have spoken during the set, but his music has made a statement. And has consequently opened the door for more house music in the future for me!

I don’t want to go.  I don’t want this night to be over! I had such an awesome time with my friends as we danced our butts off to some stellar house music from Shiba San. Make sure you pick up his new EP Off the Funk. Also check him out on his huge nationwide tour!