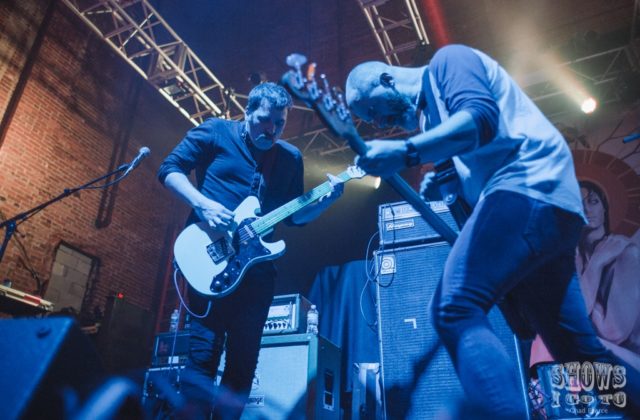 Saturday, October 15 RX Bandits became the newest band to enter the endless parade of 10-year anniversary shows rolling through Orlando lately. The California ska/punk/progressive/whatever veterans stand rank-in-file with Minus the Bear, Circa Survive, Motion City Soundtrack, and many others who recently celebrated their album’s decade milestone. I’ve become something of an expert on these anniversary shows, and the bitter-sweetness that comes with them. On one hand, I get to listen to a deeply revered album from front to back in the company of equally ecstatic fans. On the other hand, It forces me to dwell on fun things like the ceaseless passage of time, mortality, my awkward high school years, The Motorola Razr, and so on. Luckily, the good always outweighed the bad in these experiences, and with labelmates And So I Watch You From Afar as direct support, I knew this show would be no exception.

Would you be shocked to know that the first time I saw Irish quartet And So I Watch You From Afar was at ANOTHER 10 year anniversary show? The Fall of Troy’s “Doppelganger Tour” last year, if you were curious. You probably weren’t, but that’s OK. What’s important to know is that since then, I have counted down the days until I got to experience their high-octane instrumental wizardry again. So you could imagine my disappointment when I discovered their set was cut down to a meager thirty minutes. 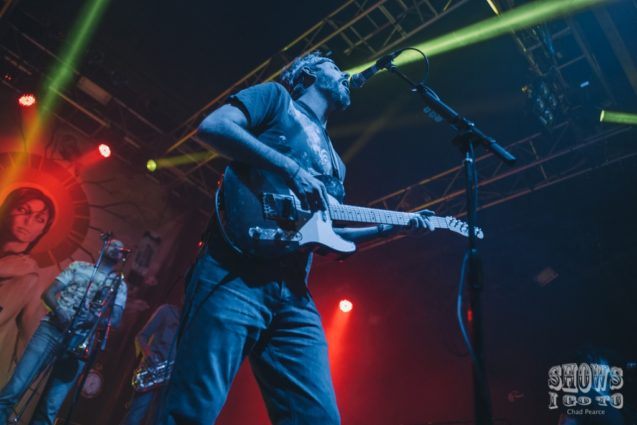 I pushed that fact out of my mind once the band took the stage and launched right into “Search:Party:Animal.” A perfect introduction for those unfamiliar with their hard-hitting and jubilant take on math and post rock. To quote an overheard comment after their set, “that shit was heaaaaavy.” Too heavy, in fact. “Search” was the first of a couple opening songs that were drowned out by bass. As satisfying as their bass tone is, the guitars are the real stars here. I mean, ASIWYFA have a song called “Set Guitars To Kill” and it’s practically their mission statement.

It didn’t take long before the sound issue was resolved; soon enough to hear their mission statement in it’s full glory. From there, it was smooth sailing as the band maximized their criminally brief set with a healthy mix of old, new, and soon-to-be-released songs that surely won the crowd over. Or at least the guy I quoted earlier.

This was my 6th time seeing RX Bandits. I know it pales in comparison to our own Trevor Bosmans’ 30+ times seeing them, but I still felt confident about what to expect at one of their shows. However, this set was different. Not only because they played their 2006 masterpiece …And the Battle Begun in its entirety, but they played it with a live horns section on stage for the first time in nearly a decade. At least I think it’s been that long. I don’t know, ask Trevor.

They started their set with similar issues as ASIWYFA, with the horns being drowned out from the band’s high volume and intensity. Like before, it didn’t take long for the sound to work itself out, allowing the ska-tinged trumpet and sax to pierce through; adding the depth and detail that was missing from these live renditions for so long. Even more rewarding than hearing these deeply missed horns playing beloved melodies, was hearing them weaved into the band’s many psychedelic improvs. In my 6 times seeing them, I’ve never heard RX Bandits play a song the exact same way twice. Many songs would ebb and flow with new ideas and segues, breathing life and excitement to old favorites. 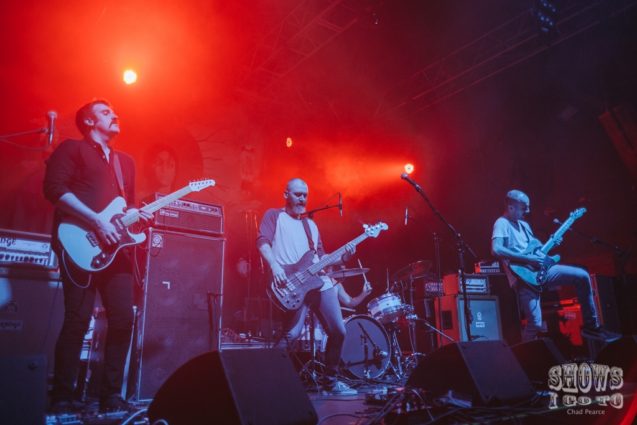 The horns weren’t the only MVPs that night. Although original drummer Christopher Tsagakis couldn’t join this tour, his replacement did justice to the creative rhythms he’s known for. Even though some of the more finessed rhythms were simplified, this new guy more than made up for it with his powerful and impassioned playing style. There was so much force behind his hits, he even broke off a piece of his set during a drum solo. That drumkit could have pressed charges for assault.

RX Bandits was nothing short of amazing. But at the end of the day, this show was much more than just the group’s stellar performance. This show, like many of the anniversary shows before it, was about the fans. It was about experiencing the friendliest moshpit in the world, surrounded by people  smiling ear to ear and belting all the words to every song. It was about the nostalgia. The connection. And admittedly, the humor of watching grown-ass dudes rollick around the venue like kids at recess. There is something special about these anniversary shows, and I can’t wait to feel like an enthralled old fart at the inevitable next one coming our way.