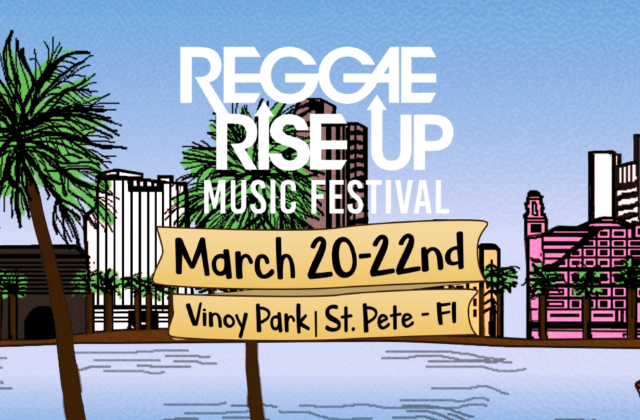 As of yesterday afternoon (March 11), officials at Reggae Rise Up made the following statement regarding safety concerns of the event being cancelled or postponed due to Coronavirus Disease 2019 (COVID-19):

“There is no intention of canceling Reggae Rise Up Florida 2020. That said, our team is watching the situation closely and has taken steps to double our hygiene and sanitation assets this year and will be increasing our medical staff. We look forward to seeing everyone in just under two weeks!”

Reggae Rise Up announced on their Facebook page shortly after that the festival has officially been postponed until the weekend of October 2-4.

Damian “Jr. Gong” Marley, Nahko and Medicine for The People, Slightly Stoopid, SOJA, Dirty Heads and Iration are among the acts that were scheduled to play at the annual reggae festival the weekend of March 20-22 at Vinoy Park. However, there should still be some pre-and-after-parties that will likely still go on to satisfy your reggae desires next weekend.

Live music industry giants Live Nation and AEG have each instructed all of the company’s tours to start heading home. They have suspended tours through at least the end of March due to the coronavirus COVID-19 worldwide pandemic. In addition, the companies teamed together with leaders from a number of agencies to form a task force “to drive strategic support and unified direction ensuring precautionary efforts and ongoing protocol are in the best interest of artists, fans, staff, and the global community.”

We will keep this updated. If you want to let us know about a show or fest being cancelled or postponed, please email us at shows@showsigoto.com