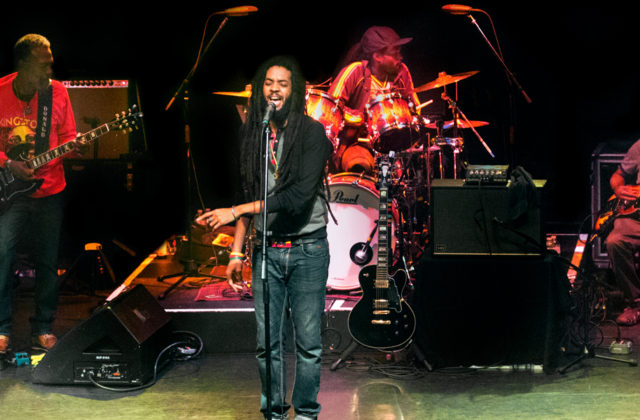 As a lifelong fan of Bob Marley and The Wailers, it has been a blessing to have seen The Wailers twice since late last year. I was blessed to be able to interview several members of the band, as well as legendary live audio engineer Dennis Thompson after their December 2016 show at The Beacham in Orlando.

I also recently caught them at the One Love Cali Reggae Fest in Long Beach, California, this past February where they played Exodus in its entirety at sunset. With the stage right by the water, it was truly an existential moment in time.

This Thursday, March 30th, we’ll see the return of the Wailers to Orlando at Hard Rock Live. They’re on the road with an expanded lineup and have just wrapped up the European leg of their world wide tour. Orlando has a lot of love for Aston “Familyman” Barrett and family, as well as the music they continue to share with the world in Bob’s physical absence. I look forward to sharing the evening with everyone there.

PREVIEW: The Wailers by Joshua Jauz edited by Sarah Schumaker