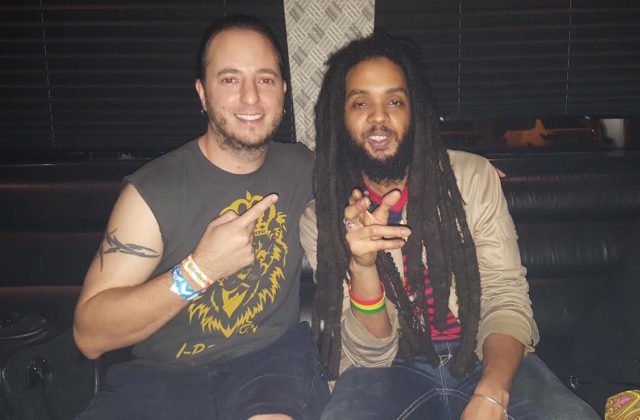 Musical proceedings commenced with my rude-boys I-Resolution providing opening support. They’ve carved out a strong name for themselves on the East Coast with their high-energy and heavy grooving take on the Jamaican-born sound. Tight riddims and mature orchestration come to the forefront when you see the group live. This evening they combined the band roots of guitar, bass, drums, and vocals with trumpet, trombone, sax, and keys, all of which were played by some of the region’s top musicians. Adding to their depth is a willingness to embrace psychedelic/dub rock style, and then execute it in a manner that still makes the room dance. Here’s some evidence: 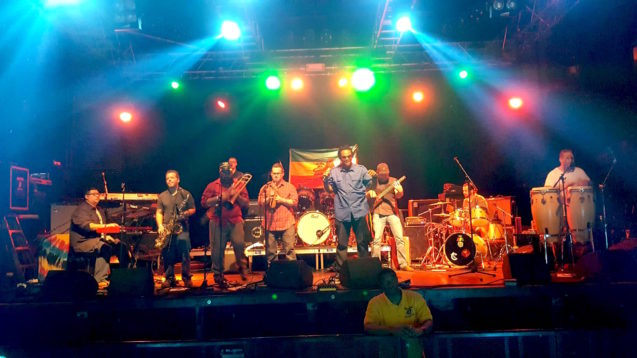 When The Wailers came on, everybody, immediately began a night of uninhibitedly dancing. Gyrating. Floating. Off-in-their-own-little-worlding. (Myself included.) Bob’s spirit clearly filled the hearts and bodies in the room. Aston “Familyman” Barrett’s bass is the root of The Wailers’ sound, which makes sense as he’s been co-founder and Musical Director of The Wailers band since 1969 when he and since-departed brother, co-founder, and drummer Carlton “Carly” Barrett were invited to join Bob, Peter Tosh, and Bunny Wailer. Familyman is credited on several Bob Marley and The Wailers recordings as co-writer, co-producer, and co-arranger. The subsequent music really does move around and originate from the bass.

Carly’s historically notable drum sound is also a core ingredient of the band’s sound and was represented by Familyman’s own son, Aston Barrett, Junior. An accomplished multi-instrumentalist, Aston, Jr. stands out in a band full of musical giants. He’s recorded and performed with Julian Marley, Stephen Marley, Lauryn Hill, and Nas, and according to Familyman: “Only he can play his uncle.” One of my favorites of the night was “The Heathen,” and Barrett Jr’s drumming perfectly complemented the groove of the song and kept the crowd moving — tight, intense, and precise. 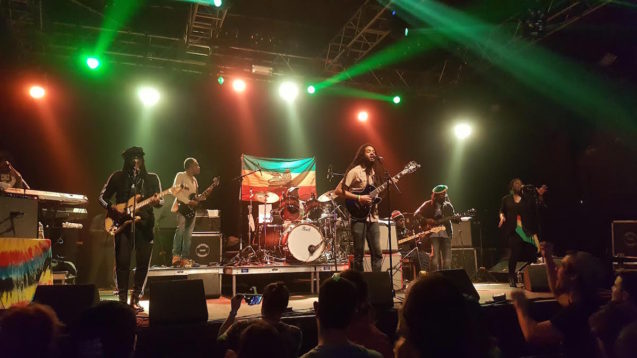 “Get Up, Stand Up” had the room straight getting down. It was a noticeably diverse crowd. From teenagers to seniors and everything in between. Junior Marvin stood out a lot in this performance, his guitar leads quite flavorful with just the right amount of flash. Junior was known as a top blues/rock guitarist and had performed with American icons, such as Ike & Tina Turner, Billy Preston, and Blues legend T-Bone Walker, when asked to join BMW in 1977. His first recording with The Wailers was Exodus, which was named Best Album of the 20th Century by Time Magazine. (No big deal, right?) Following Bob’s passing in 1981, he toured with the Wailers as lead singer and lead guitar until 1997.

Frontman Joshua David Barrett should be given the respect he’s due for filling some of music’s biggest shoes. An outstanding multi-instrumentalist himself, Josh has recorded or performed with Gospel greats Tramaine Hawkins and Kim Burrell; R&B and Hip-Hop greats Common, Q-tip, Kanye West, Mary J. Blige, Solange, and producer Quincy Jones — and Reggae’s Chronixx, Ghetto Youth artists Dax Lion and Biggz General. His performance on this evening was spot-on. In “I Shot the Sheriff,” he seemed to be indistinguishable from Bob himself. He captured the vocal tones, stage presence, and positive vibrations that Bob emoted when on stage. This is likely due to the combination of not only Josh’s musicianship, but sincere devotion to Rastafari itself. 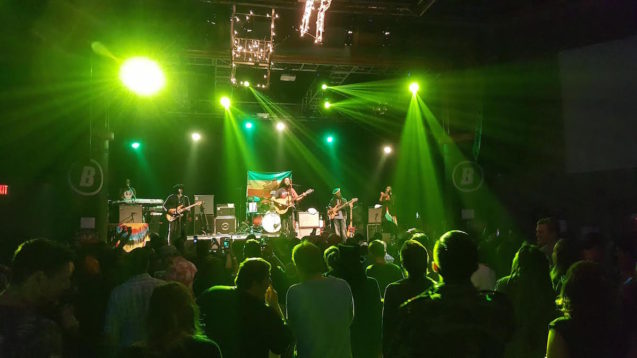 Donald Kinsey was the third original Wailer on stage that night. His leads were so good, one might have thought there was a little friendly guitar rivalry between him and Junior Marvin. Donald’s effortless licks made it easy to see why by the age of 15, he was given the nickname “BB King, Jr.” and by 18, he was playing with Blues legend Albert King. The smile on his face during the show and his beaming enthusiasm gave special credence to his history with BMW and their music. In 1976, Kinsey was with Marley in the 56 Hope Rd. kitchen when gunmen broke in and attempted to assassinate Bob and his crew while rehearsing for the Smile Jamaica concert; he escaped uninjured. Fast forward 40 years and the happiness emanating from this man on stage was impossible not to notice. It was encouraging to see another human being in so purely enraptured a state.

Shema McGregor filled the role of the I-3’s all by herself. Daughter of original I-3 member Judy Mowatt, she is no stranger to this music or the dynamic and energy it requires from the female voice. A decorated singer in multiple genres and a violinist and keyboardist herself, her contribution to the show was not only impactful, but necessary. A lot of BMW material was written with and around the female voice, and Shema made sure it was represented properly. 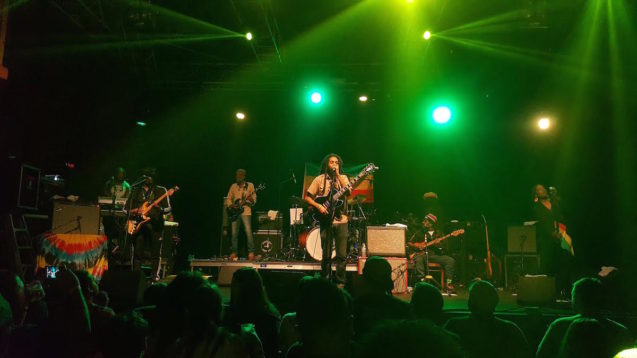 The band treated us to a generous encore, and once completed I was fortunate to get to spend a little time with some of them backstage and talk music. I had an incredible and heartfelt conversation with Junior Marvin and Donald Kinsey that you can listen to here:

Joshua David Barrett and Aston Jr. shared some of their motivation and inspiration, which you can listen to here:

Additionally, I was blessed with a few minutes of time with one of the most impressive live audio engineers in modern music history, Dennis Thompson. His resume is so vast that it ranges from Bob Marley to Michael Jackson and Frank Sinatra. He gave me some of his secrets, here:

Having been blessed with the opportunity to speak one-on-one with the biggest band in the history of the genre, one thing impressed me the most: their humility. No egos. No being made to feel like an inconvenience. Nothing but respect and appreciation for sharing in what they do. It was in this that I was assured that Bob’s spirit lives on. It was the Natural Mystic floating through the air.