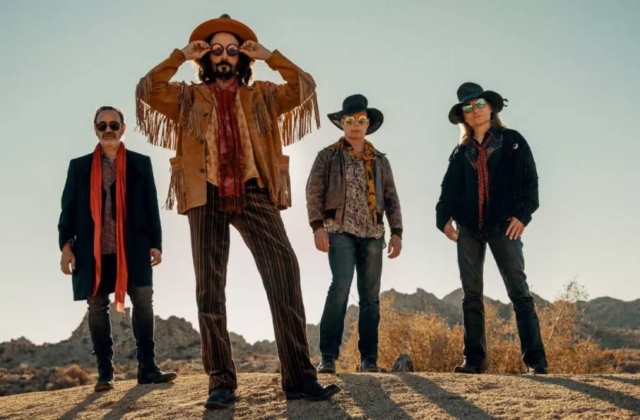 Guitarist Mike Campbell is “Running Down a Dream!” After the passing of the late, great Tom Petty in 2017, Campbell has been trying to figure out what to do. The former front-man for the nation’s top Americana band has taken the leap to become the lead of a rock ‘n’ roll band called The Dirty Knobs after moonlighting for them in between Petty tours. Tempted to stick around with Fleetwood Mac whom he played with in ‘18 and ‘19, Campbell has chosen his side project as his next focus.  Their lengthy nationwide tour has them landing at The Orpheum in Ybor City on May 4th (GET TICKETS HERE!). Now known as Mike Campbell & The Dirty Knobs, this rock band is ready to show that they have what it takes to make it big. Since joining the band in 2020 they have released two records together. The first one, Wreckless Abandon (2020), introduces fans to the idea of a new sound and direction for The Dirty Knobs. While their latest album, External Combustion, refines their approach with help from friends like country star, Margo Price on the slower song, “State of Mind.”

The Orpheum in Ybor City’s Historic Entertainment District has been showcasing live music and events for decades. The venue holds about 750 music fans and is located just outside of Tampa, FL. The Orpheum has announced that this will be the last year that they will host amazing music within their walls. “After 20 years and thousands of shows, The Orpheum will be bidding you all a fond farewell” was written on the venue’s Facebook page earlier this year. The historic venue will be missed dearly so catch a show while you can!

We’ve teamed up with No Clubs & Live Nation FL to give you a chance to WIN (2) GA TICKETS to MIKE CAMPBELL AND THE DIRTY KNOBS at The Orpheum in Tampa, FL on May 04, 2022 (May the 4th be with you).