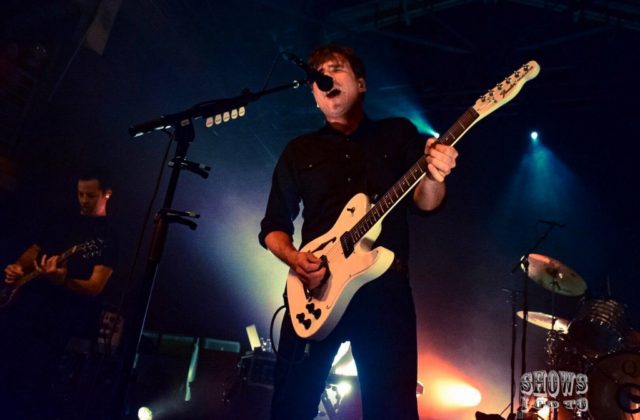 On the first day of my Senior year of high school we were put into groups in our psychology class based on our birth months. It is on this day that I met my dearest and best friend, Ashley. We quickly bonded over our love of punk rock/emo music and homemade Frappachinos and soon we were hanging out nearly every day. Jimmy Eat World was Ashley’s favorite band and although I was heavily into the scene at the time, they were one of the bands that had slipped passed my radar.

She gave me a copy of Jimmy Eat World’s second album, Clarity and said “This is the best album ever.”

I can still remember listening to it for the first time like it was yesterday. This really was the best album ever and I had never heard anything like it before. From the opener, “Table for Glasses” to the epic sixteen minute “Goodbye Sky Harbor”, I still haven’t heard an album which flows better to this day. I can safely say that I have listened to Clarity more than any other album in my lifetime and it still never gets old.

We may not see each other as much as we used to, but Ashley and I always make it a point to see Jimmy Eat World every time they come to town. We bought our copies of Jimmy Eat World’s third album Bleed American from guitarist Tom Linton at Warped Tour back in 2001 and we’ve seen the headlining tour for every album since together. We even flew to Boston to see the “Clarity X 10 Tour”, where they played our favorite album in ten cities for the tenth anniversary. 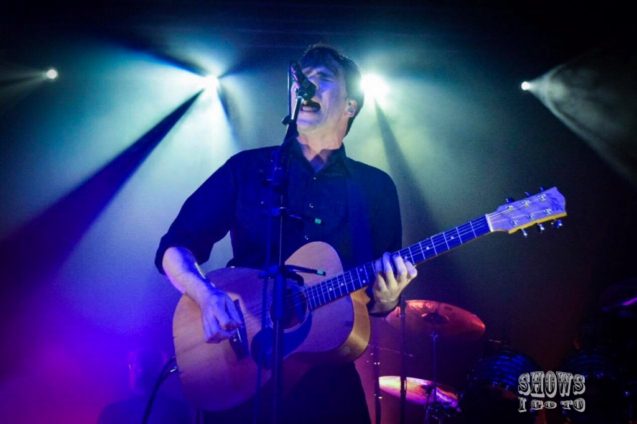 Jimmy Eat World’s newest album Integrity Blues was released at the end of last year and although, Orlando wasn’t lucky enough to get any tour dates, we weren’t going to let that stop our streak. The closest date was in Jacksonville at a place called Maverick’s at The Landing. I had never been to this venue before, but I figuredit must be pretty cool if Yellowcard held their hometown farewell show at the same venue. We decided to make the two and a half hour drive to see one of our favorite bands and I am so glad we did. Maverick’s at The Landing was the perfect venue for a Jimmy Eat World show. There was plenty of room to move around with a great view of the stage and it still managed to have that intimate feeling.

Jimmy Eat World is one of the few bands where I’m happy with whatever they play and tonight was no exception. The set list was heavy on songs from Bleed American and their newest album Integrity Blues but they still managed to take us on a musical journey through their extensive discography. Starting with the opening track from their latest record, “You With Me”, the band tore through songs which spanned their career. They hit us with a string of singles and fan favorites before diving into my favorite song from the new album “Pass the Baby” which, proved after all these years, these guys still know how to jam out.

Of course, my favorite part of the night was the songs from Clarity. Front-man Jim Adkins thanked us for being able to still play these songs on a nightly basis before playing “Lucky Denver Mint” and my personal favorite, “For Me This Is Heaven.” Most bands which have been around as long as Jimmy Eat World choose to ignore their earlier works when it comes to their set lists. One of the main reasons I always go see Jimmy Eat World live is because even when they are on tour promoting an album, they still make sure to play all the songs their longtime fans want to hear.

I love my Clarity, but I’m also a huge fan of Jimmy Eat World’s fourth album Futures. I was pleasantly surprised when they closed out their main set with a mini-block of songs from Futures, “23”, “Work”, and “Pain”. I could have left the show a happy man at this point. They had given me everything I wanted and then some, but, they still had a little more in them. The band returned to the stage for three more songs, “Sure and Certain” from the new album, sandwiched between two of Jimmy Eat World’s biggest hits, “The Middle” and “Sweetness”. Another flawless show.

Before I knew it, it was already time for Ashley and I to make the long drive back to Orlando.

A lot has changed since our first Jimmy Eat World show…..

We both have kids and real jobs now, but it is going to take a lot more than that to stop us from seeing these headlining shows. It may not be as easy anymore to just drop everything and go to a show but for Jimmy Eat World, we will always make it happen.

I’m so happy to be able to share my love of this band with a great friend for all these years and look forward to many more.