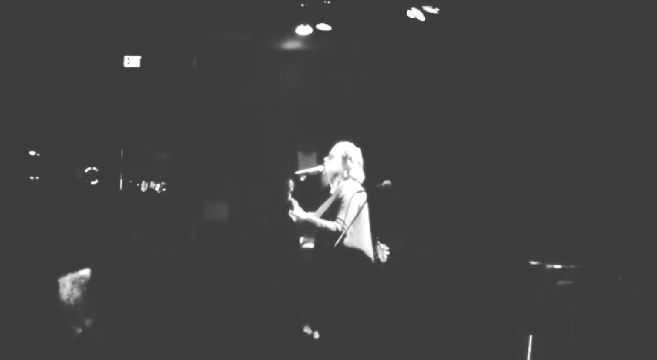 Samuel Beam played two solo sold out shows in one night at The Social Orlando. There were so many girls [and guys] fucking crying that I almost started crying too. The first show was at 5pm and the second at 9pm. Both sold out fairly quickly. I went to the 9pm show. By the third song, everyone had shut the fuck up. I, well all of the 400 people at The Social, was completely mesmerized by the beautiful sounds this gorgeous man was broadcasting through his beard. His fingers and falsetto were impeccable. Plucking each string on his guitar to pitch perfect notes being sweetly delivered by his voice.

The word of the night was definitely “Shhhhhh…” People who dared to speak during his performance were greeted with murderous eyes. I think it’s safe to speak for everyone when I say there was nowhere else I’d rather be. Anyone who tried to take that moment from me or anyone else were certainly ill-fated. It was absolutely breathtaking. Here’s a shitty pic: 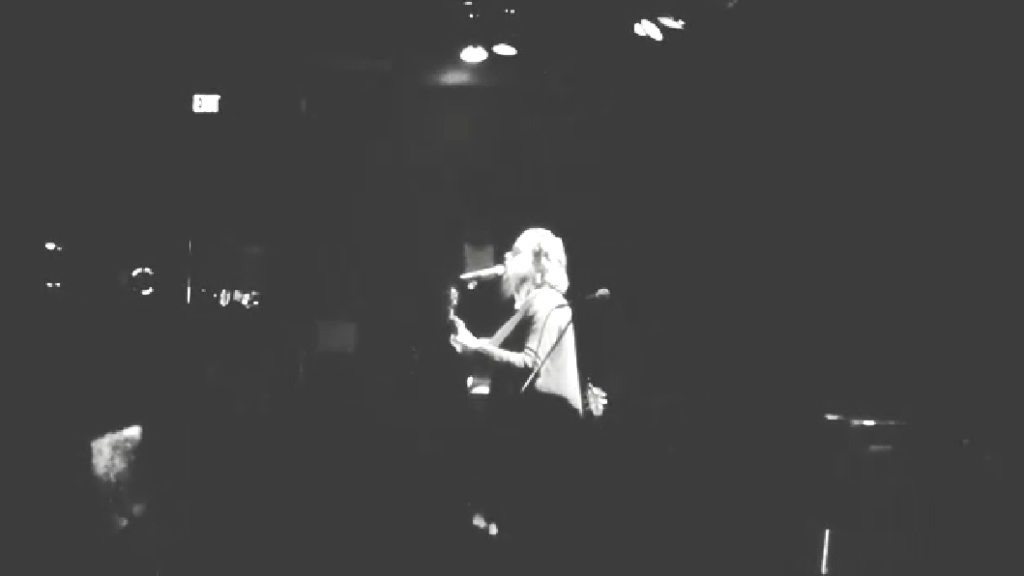 Before the show, my girlfriend and I had a Hot Pot from a cool place called Noodles and Rice. Have you ever had a hot pot?? It’s a giant fucking soup that you cook yourself [it’s cooler than it sounds OK]. There is a large pot that goes into a burner that is built into your table. You order what you want in your soup a-la-carte using a pencil and a paper menu like you would when ordering sushi. You choose your flavor of broth, your veggies, your meat [or tofu], and noodles. They bring out boiling broth in the ‘hot pot’ and then all of your a-la-carte items in separate dishes to add/cook in your broth. Oh, and you can BYOB to this place! There’s a 711 next door. Yes, we brown paper bagged some wine before Iron and Wine. 🙂

Going to Iron And Wine was like going to yoga. It was peaceful, there were a lot of sweaty girls in the room, and I left with a warm, spiritually satisfied soul. One of the songs that really turned me on to Iron and Wine was actually a cover song. A beautiful cover song. A cover song by The Postal Service called “Such Great Heights.” Check out the song that got me drooling over Iron and Wine below. In the spirit of SXSW, here’s a live version from SXSW 2013: Iron And Wine – Such Great Heights.

There were so many back to back great songs Iron and Wine played. Throughout the show, Sam took a bunch of requests from the audience. Solicited requests. This was OK, unlike the Fratellis show. One of those requests was from an album called Women King, called “Jezebel.” It was absolutely fucking beautiful. He’s so soft spoken. Yet, his words hit so fucking hard. Check out “Jezebel” by Iron and Wine below:

“Boy With A Coin” is one of Iron And Wine’s most recognized songs. I’ve never heard it acoustic – or without the backing drum tracks anyways. I don’t know how I could leave it out of this post. It’s nostalgic. It’s a song on the very first Iron And Wine album I purchased back in 2007 called Shepherd’s Dog. It came with a sweet 11” x 17” fold out poster. I think that thing is still kicking around at my parents house, I should find it. Here’s the beautifully choreographed official video for “Boy With A Coin” by Iron And Wine:

After the show, we went home and watched House Of Cards. Have you seen the new season yet? Holy. Shit. The first episode left my jaw dangling. I had some words stuck in my head that I wrote down. This is what came out: