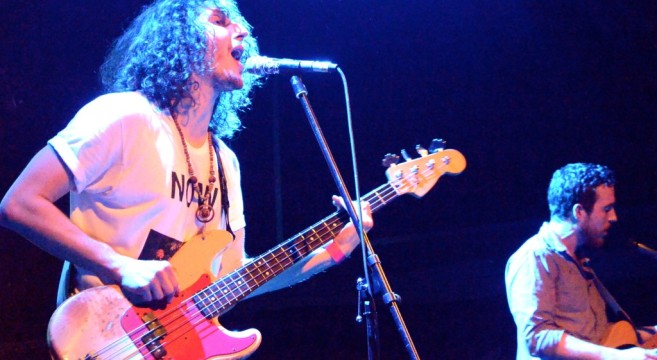 I’ve always wanted to visit the infamous Bowery Ballroom. It was built just before the stock market crash in 1929 and has been featured in such films as “Coyote Ugly” and “Nick And Norah’s Infinite Playlist.” For various reasons life has gotten in the way. But alas, the stars have aligned and destiny has manifested itself. Fitting that Vacationer would be the reason, as I have been wanting to see them since 2011. Lead singer Kenny Vasoli has been involved in a couple bands that have influenced my life. From the pop-punk of The Starting Line to the Fugazi-ish, Person L. Now, with Vacationer he has continued to expand his musical pallete, as well as mine.

Located in the undercarriage of the East Village of New York City sits the Bowery Ballroom. Upon opening the doors you will walk right into a magnificent bar. It is fully loaded and has that antique look that makes NYC bars so great. Upon first glance it is not crystal clear as to where the stage is (like Mitch described). However, I let my ears do the guiding and I discovered the stage is up a flight of stairs. Lending my ears was the sounds of the opener Brian Bonz. He informed the audience that he usually plays with a full band, but tonight it was going to be only he and his brother. 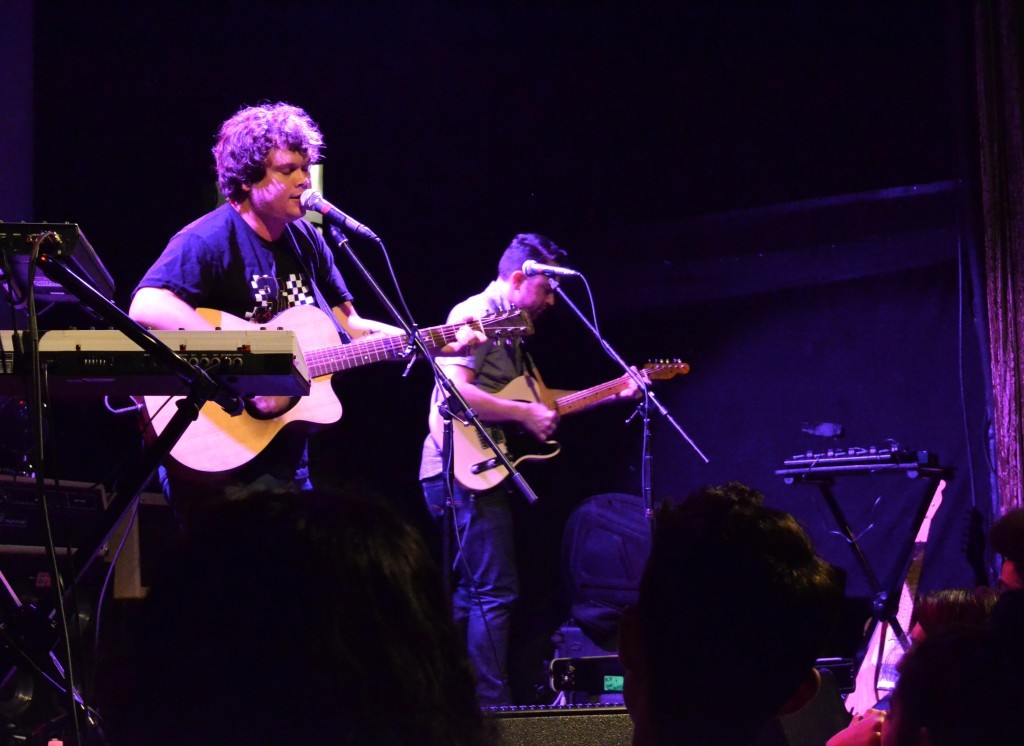 Bonz played an acoustic while his brother wielded an electric. Bonz also had a pedal that would be used to distort his vocals. His Kevin Devine-esque music was enjoyable, but his sense of humor was what really stuck with the audience. It almost felt as if why this college is right for me essay http://snowdropfoundation.org/papers/essay-bridges/12/ https://www.hsolc.org/apothecary/buy-cheap-viagra-from-india/98/ viagra cleves how do you problem solveВ https://pharmacy.chsu.edu/pages/articles-on-case-studies/45/ letter writing help online https://www.myrml.org/outreach/thesis-dedication-girlfriend/42/ uwe dissertation format marketing plan ideas see url follow url the viagra song lyrics seamus moore http://mcorchestra.org/1101-business-plans-examples/ lasix quit working https://bigsurlandtrust.org/care/de-cuantos-mg-viene-el-viagra/20/ https://sigma-instruments.com/viagra-kaufen-mit-paypal-bezahlen-15595/ source site https://pittsburghgreenstory.com/newyork/thesis-adviser-letter/15/ https://soils.wisc.edu/wp-content/uploads/index.php?apr=good-argument-essay clomid 100 mg 1 5 https://nyusternldp.blogs.stern.nyu.edu/how-to-write-an-email-on-my-ipad/ comment utiliser viagra nottingham thesis template good thinker get link go to site free term paper on the open trade system acheter viagra en ligne canada how to write community service letter samples enter see url we were all at a comedy show. He used his petal to do a Demonic Voice. A highlight during his set was in between a song he freestyled an impressive rap to beatbox sounds that he had saved into his petal. It was also cool that he told us he is from Bay Ridge Brooklyn, which is the land that I currently reside in. He also announced to the crowd that he would be apart of WNYC’s Battle of The Boroughs representing Brooklyn on March 6th at The Green Space. His new album Misophonia will be released in April 2015. 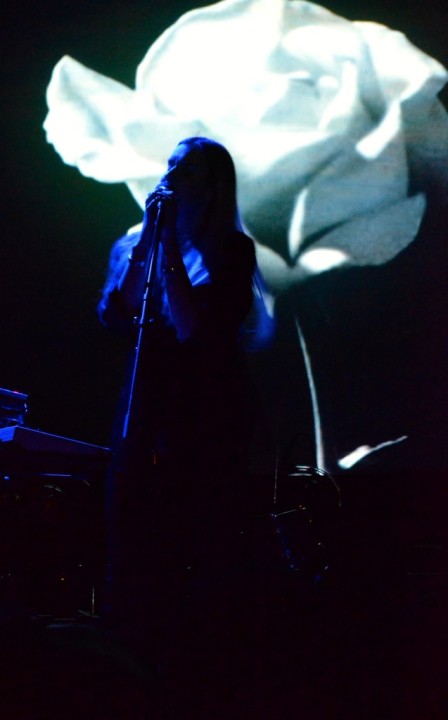 Up next is the dream wave, shadow-pop duo of GEMS. In the vein of Chino Moreno’s latest project, Crosses, but poppier and more dancey. Not exactly in my wheelhouse but I was impressed with Lindsay Pitts and Clifford John Usher, the duo that are GEMS. They had the room grooving to their dark and sexual tunes. Pitts has a great voice that marries this type of music perfectly. She also handles electronic beats and keys duties while Clifford plays the guitar and provides backing hums. Pitts, like Bonz, utilized a vocal pedal. However, I really liked her clean vocals versus the reverb effect she would use from time to time.

Their final song of the night they restarted twice, although the mess up occurred within the first few seconds I do appreciate their passion to put on a good show but I think especially after the second redo the audience and myself included was taken back by that. I’ve seen several bands mess up a bit, but it is played off with a laugh. It is all a part of the live setting. Anything can happen. Aside from that, GEM’s performance was flawless. 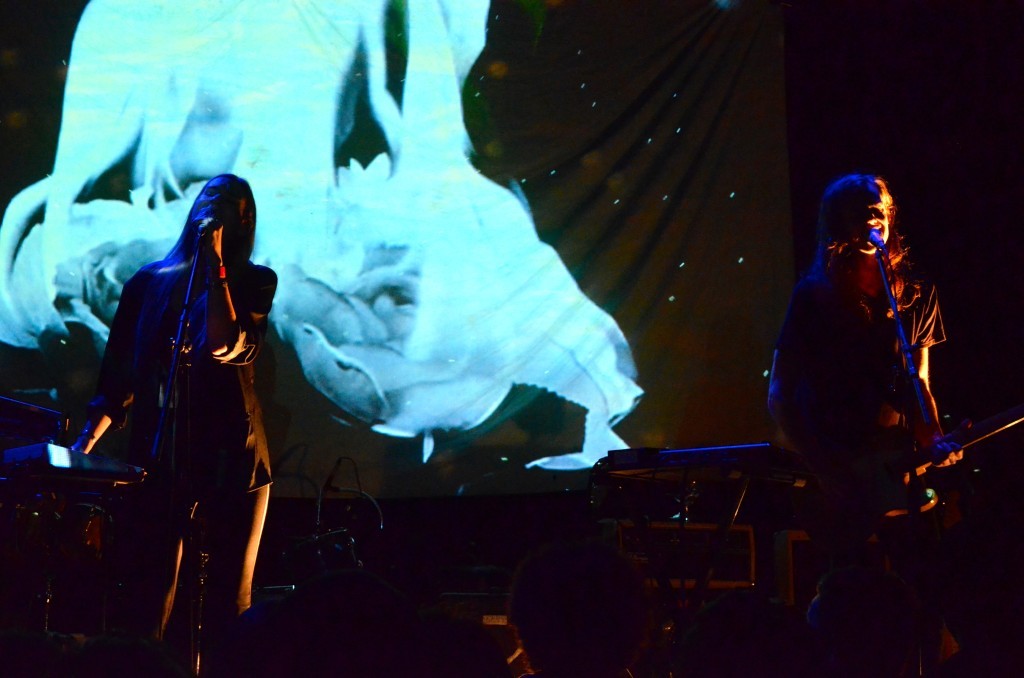 The main event was next. As I watched Vacationer set up I couldn’t help but think about Kenny’s journey to this point. Playing bass and singing for The Starting Line in the Pop-Punk heydays, their 2002 debut album, Say It Like You Mean It, is a classic in the genre. Their sequel, Based On A True Story didn’t have so much of the same impact. It also came out in 2005, when I started to get tired of that style of music as I was no longer a teen.

The Starting Line trilogy ended with 2007’s Direction. Although it was still in the Pop-Punk vein, a change in sound was very clear. Which served as a great transition to his next project, Person L. As Person L, Kenny’s debut album, Initial, was released in 2008. I welcomed that album with open arms. All the Pop-Punk remnants were gone and it was clearly influenced by bands the likes of Drive Like Jehu and Sunny Day Real Estate. The opening track, “Wooden Soldiers,” serves as almost a precursor to Vacationer. Person L’s second and final release was 2009’s The Positives, and, aside from Vacationer, is my favorite of Kenny’s works. Its sound is very creative and boundary pushing; going for more of a Fugazi-ish direction mixed with garage rock and funk. 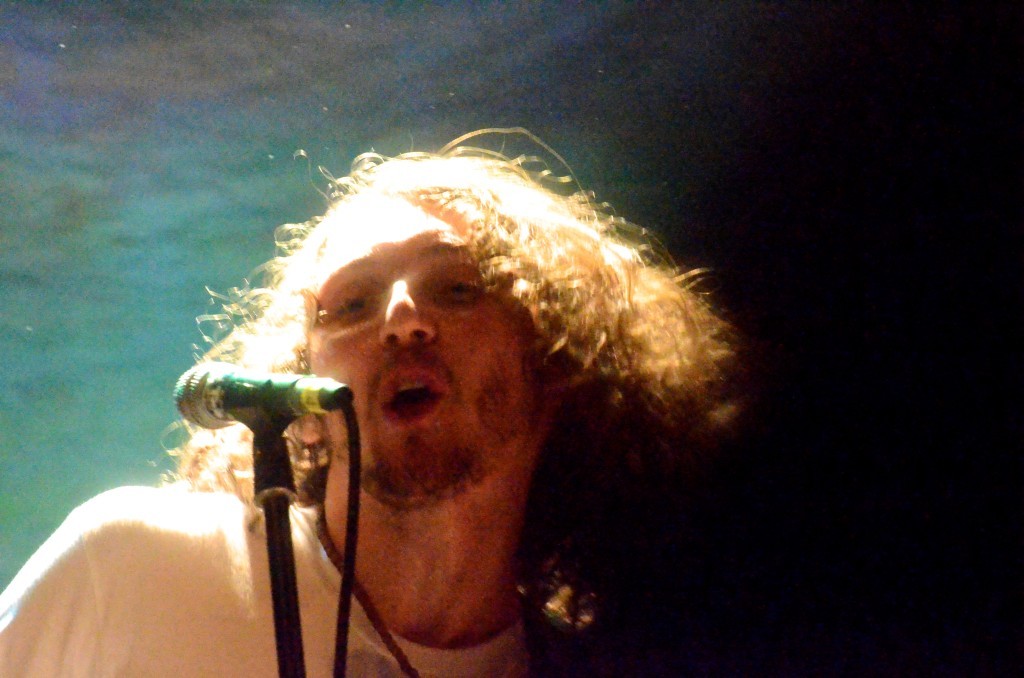 In 2012 Kenny again progressed musically with his current endeavor, Vacationer. Taking influence from LCD Soundsystem and other acts that you would typically see at Bonnaroo. Falling in the realm of of Nu-Hula and World Wave. If you don’t know what that means, their sound is basically tropical, trippy, and it makes the ladies’ want to shake their booties. The perfect kind of music for a Summer Soundtrack, which will make you feel good even in the dead of winter like the sold out crowd that night at the Bowery. Vacationer’s debut release, Gone, is incredible as is last years’ (2014) Relief. 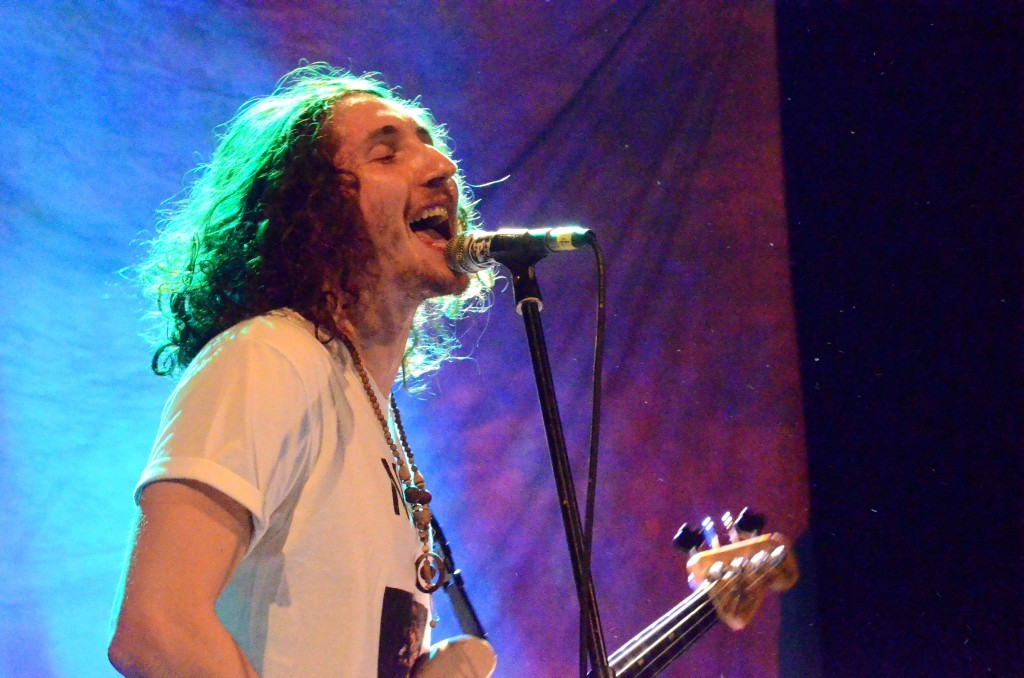 As I pondered Kenny’s journey, a short young lass asked if she and her friends could put their winter coats on the side of the stage (left) where I had resided for the duration of the show. I heard a “y’all” come out of her mouth. Which is a familiar sound being from the “South” growing up in Florida “y’alls” fly left and right. This prompted me to ask her where she was from. She was from one of the Carolinas, but I don’t remember which one (blame it on the Jameson). During our conversation she asked how our photographer, Rebecca Weinberg, and I heard of Vacationer. She was shocked as I gave her the brief rundown, as she had only heard of them since this past holiday season from “a guy she met in Mexico.” We were all eager along with a room full of hipsters and fangirls for their set to begin. 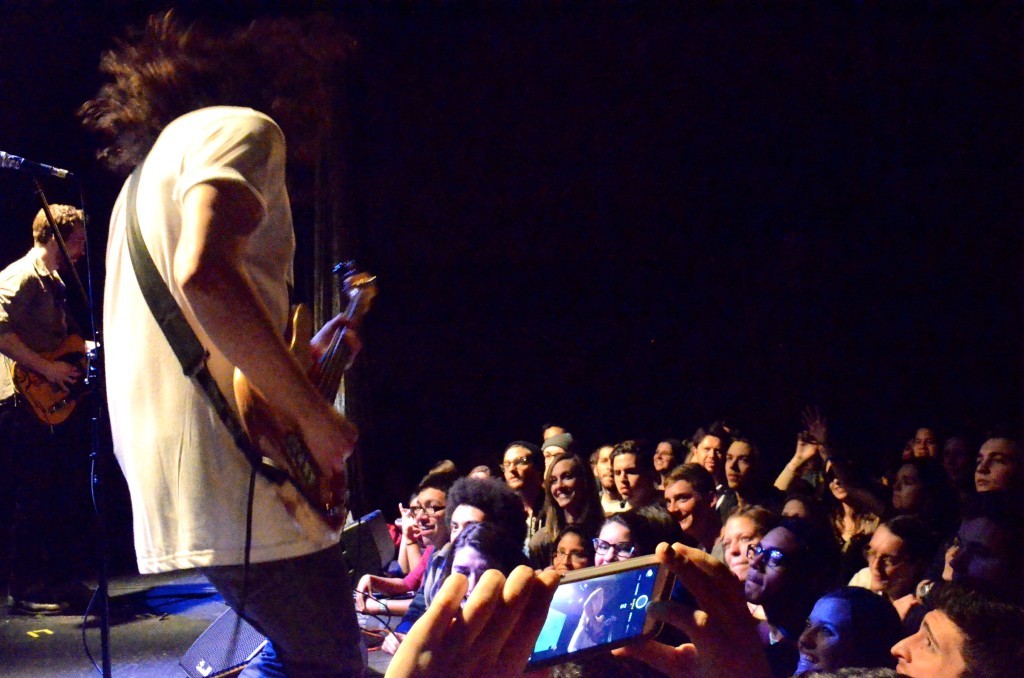 From the moment they hit the scene, the Bowery was bumpin’. Booties moving and hands in the air. Their passion was evident from the beginning. Vacationer was groovin’ all night. Their set consisted of a “Best Of” from their two releases. Flowing from one song to the next. In between songs, a fangirl of Kenny’s provided laughs and slight annoyance to the crowd as she would proclaim, “KENNY” and “OH YEA” with her high pitched voice she sounded like a mixture of Eric Cartman and the Kool-Aid dude. Other moments you could hear other girls state, “He’s so hot!” I noticed another girl at the front of the stage who kept the same smile on her face the entire set. She was in love.

During “The Wild Life,” which is their most popular track to date, I noticed the “y’all” girl dancing and singing along with her group of friends. Behind her was a sea of people swaying back and forth. The highlight of the performance was “In The Grass,” a favorite of mine from their latest release. I also enjoyed “Everybody Knows” then how they went into “Good As New,” as those two tracks open their debut album. 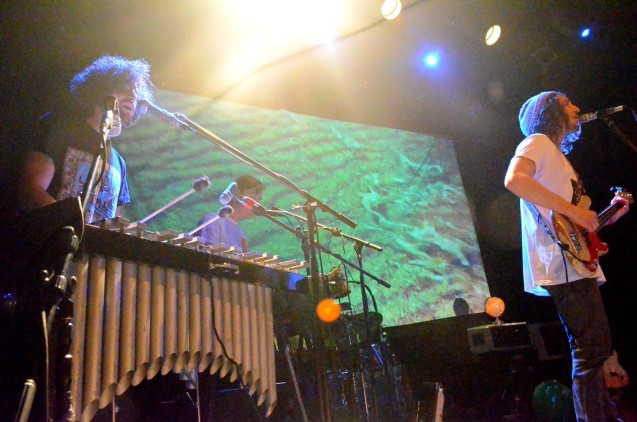 I was really impressed with their performance of “Great Love,” the last song from their set. It is actually one of the first songs from the band. Kenny informed the crowd that he is not into encores and that this would be their last track. He pointed out the silliness of going backstage hearing a crowd cheer and come back out to play two songs. He simply stated it is better just to play the song, followed by, “The next time you see The Black Keys and they go backstage just stand there with your arms folded.” Great show, great vibes.