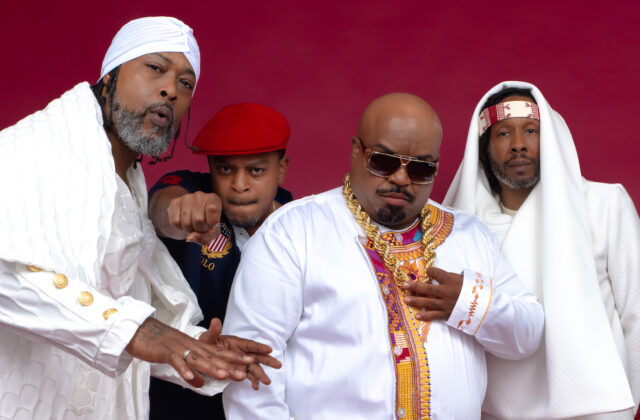 Yo old-school hip-hop fans! It’s time to get yourselves good and join the mob. The legendary Atlanta hip-hop group Goodie Mob is back together and hitting up The RITZ Ybor on December 17th (previously scheduled on October 20th), and Shows I Go To and Sunset Events are your hookup to free tickets (see below)! Never had a chance to see them back in the day? Now’s your best chance! Tickets are on-sale now.  GET TICKETS HERE! Formed in Atlanta back in 1991, Goodie Mob consist of 4 MC’s that slay on the mike. First, you have both the biggest and smallest member of the group, the Grammy award winning CeeLo Green. His unique voice provides more of a singing/clean style of vocals to the group. Then you have Big Gipp, with a bit of a slower, yet methodical style of cadence. Following Gipp is Khujo, the only artist to guest on every single OutKast album, with a free flowing rhyme that contrasts his grunty vocals. Finally, there is T-Mo, who shines through with his in-your-face machine gun delivery and biting voice. Throughout the last 30 years, they’ve dropped 6 albums and broken up as many times, mainly due to CeeLo’s burgeoning mainstream success, but now they’re back and bringing the dirty!

One of the progenitors of the dirty hip-hop movement of the 90’s/early-2000’s, the Goodie Mob brought the stories and impressions of the streets of Atlanta to beats, using the four different voices to tell vivid stories, as well as push back against the racism, discrimination and gentrification that had plagued the streets of Atlanta for decades. They, along with other Atlanta acts such as OutKast and Organized Noize, pushed aside the West Coast vs East Coast feuds of the ’90s to shout that Southern hip-hop was here to speak their minds.

It’s not often that you get the opportunity to see four absolute legends of hip-hop together in the same room, and then to have all four of them in the same group? Supremely amazing. Time to enter to win some tickets below, and grab a couple for your friends as well! This looks like its only a once-off show, so make sure you’re there! Enter Below or GET TICKETS HERE! Either way, see you at Goodie Mob at The RITZ Ybor on December 17th.