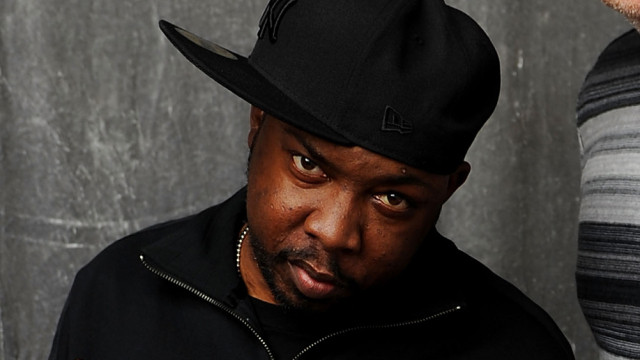 The week in Hip Hop news was filled with moments of triumph, intrigue and yes, some sadness. Plus some new music releases from industry heavyweights and indie music mainstays. So let’s review, shall we? Here’s a look at some of the biggest moments in the week of Hip Hop.

PHIFE DAWG OF A TRIBE CALLED QUEST DEAD AT 45

Without a doubt, this was the most surprising, shocking and saddening news of the week. One third of legendary group A Tribe Called Quest, Phife Dawg had been battling diabetes for several years. He finally succumbed to complications on March 22. His fellow ATCQ group members, as well as his family, issued statements about his passing that were heartfelt and right on time. We will remember Phife for his amazing contributions to the culture on songs like “Scenario”, “Electric Relaxation” and “Oh My God”, and for being one of Hip Hop’s most dynamic lyricists. Rest in peace to the Five-foot Assassin.

THE ART OF ORGANIZED NOIZE PREMIERES ON NETFLIX

It’s been the music movie event of the year for Hip Hop heads worldwide. This movie is a deep dive of a look into what made Organized Noize, the architects of the Dungeon Family and the Atlanta Hip Hop and R&B sound with artists like Outkast, Goodie Mob, Killer Mike, Future and TLC. We even learned a few things from the doc, like how T-Boz introduced Sleepy Brown and Rico Wade, and how Outkast almost wasn’t signed by LaFace Records. The Art Of Organized Noize is available now on Netflix.

J. COLE, VINCE STAPLES AND OTHERS WILL PERFORM AT LOLLAPALOOZA 2016

It’s easily the biggest and most popular music festival in Chicago during the summer. And it just got that much bigger: the Lollapalooza line up for 2016 was announced this week and includes huge names in Hip Hop like J. Cole, Vince Staples, Vic Mensa, G-Eazy, Future, Torey Lanez, Major Lazer, Mac Miller, A$AP Ferg …and maybe even a few surprise guests. I mean, come on: we all know how these festivals work by now, right? Lollapalooza 2016 will take place July 28-31.

DID KANYE’S POP UP SHOP REALLY MAKE $1 MILLION IN 48 HOURS?

It’s been a little while since we had any Yeezy news. But he’s back with as much gusto as ever. This time, ‘Ye claims that his The Life Of Pablo Pop Up shop sold $1 million worth of album merchandise in 48 hours. Some have called the claims exaggerated, while others say that they’re far from bogus. Is this Yeezy laughing all the way to the bank or just a delusion of grandeur from Mr. ‘I Am A God”? Either way, it’s once again a case of Kanye being Kanye. And that’s why we hate him and love him at the same damn time. Check out the full story on Billboard and the online report from Complex.

The violence on the streets of Chicago is all too real. But it apparently had a direct impact on Ice Cube’s next installment of the Barbershop movie series. Fresh off the mega-success of Straight Outta Compton, Cube sat down with radio host Tom Joyner and crew to speak on how Chicago’s issues had a major impact on the making of Barbershop: The Next Cut. The movie is due in theaters April 15.

Known as the lovable loudmouth dishing out the ‘Donkey of the Day’ (most recently to Katt Williams) on Power 105.1, radio and TV personality Charlamagne da God is now putting his celebrity towards a worthy cause as the new spokesperson of the Hip Hop Caucus’ ‘Respect My Vote’ campaign. Admitting on camera that the first time he voted was in 2008 for President Obama, Charlamagne seems to be showing his passion for the political process with this new gig. Here’s the official video.