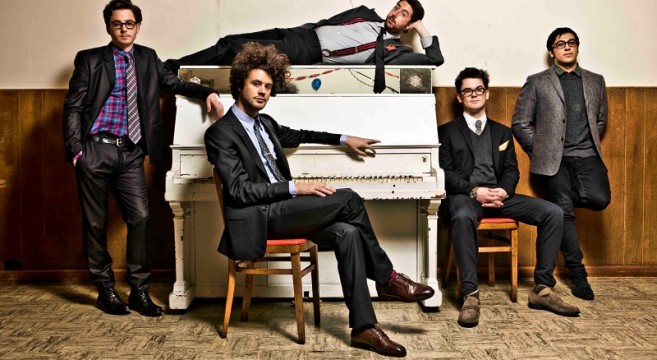 Big Guava 2015 is coming at you fast! This two-day outdoor music festival is one that our team has been looking forward to ever since the lineup was announced. On Friday, May 8, 2015 there will be an excellent mix on bands to kick your weekend off right (win tickets below). Here’s the full lineup, featuring some of our favorites.

We caught Passion Pit at Coastline Music Festival and they were the perfect end to a great day. After a long day of music and craft beers, Passion Pit put on a party on the main stage and the whole place danced and sweat and sang along. All we were left with were smiles and electricity running in our veins. Here’s their new single, “Lifted Up (1985).”

Electro. Hip-Hop. Soul. That’s how Beat Scientist, Derek Smith categorizes his music. When Pretty Lights performs they set out of a mission to move you. Let’s just say, they never fail.

Ryan Adams said it best, “When you’re young, you get sad. Then, you get high.” I used to play that song loud and often. Now, Adams is back with a new self-titled album and a mess of soulful, rock-worthy songs. They just don’t make them this good anymore.

AWOLNATION were one of the first three reviews I started this site with. They headlined House Of Blues and Imagine Dragons opened for them (review here.) I said it then and it still remains true, “that shows honestly ranks in the top 10% of shows I’ve been to.” And I go to a lot of shows. Lead singer, Aaron Bruno will have you eating out of his hand and loving it within the first song. If you haven’t seen them before, strap in tight for this song:

Jenny Lewis put out one of the best songs of 2014, “Just One Of The Guys,” and it was my favorite video of 2014, too, featuring a huge role of superstar actresses. Martin caught her last year in Orlando, too (review here).

But, the really, really, exciting thing about Lewis’ upcoming performance is that she’s playing Rilo Kiley songs, too! I went through a really shitty breakup a few years back. My friend Benji introduced me to this song that moved me so strongly emotionally that I’m a permanent Rilo Kiley fan now. Here’s that song. It’s called “A Better Son / Daughter.” You might need this song, really bad, like I did.

Andrew McMahon In The Wilderness.

We’ve caught Mr. McMahon and his band on several occasions. We’re not only huge fans of his heart-grabbing music, but we’re fans of the man himself. Read our latest Andrew McMahon In The Wilderness Live Review here.

Big Data blew me away at The Big Orlando music festival. They played in the middle of the day and were the first band to get the crowd moving. I cannot wait to see them again and move to this song, “The Business of Emotion.”

This band is dreamy. Yes, dreamy. Just listen to the romantic lyrics in their hit single, “Stolen Dance,” and tell me you’re not in love (or longing for love). This will be the perfect band to make-out with a stranger to.

Robert Delong has been spitting his vulgar honesty all over Sirius/XM’s Alt Nation channel for years now. I’ve been wanting to “fucking dance” with him ever since I first heard his percussion-heavy tunes (And he’s a drummer. And, he plays a drum set live, in addition to mixing).

Also supporting at Big Guava Music Festival on Friday, May 8, 2015:

Want to win 2 Tickets to BIG GUAVA FEST – DAY 1 ONLY (FRIDAY) at The Florida State Fairgrounds in Tampa, FL on Friday, May 8, 2015?! There are several ways to enter!*

Buy Tickets to BIG GUAVA 2015 HERE! (You can always give them to someone else if you win)