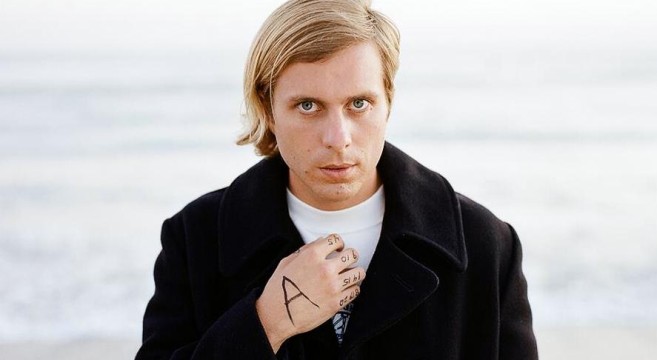 On a scale from 1 – holy shit that was fun, this honestly ranks in the top ten percent of shows I’ve ever been to . This was before Imagine Dragons was selling out full US tours instantly. AWOLNATION was headlining. Their lead singer, Aaron Bruno, proved that night that he knows how to control a crowd. I don’t think I’ve ever been to a concert where more people were crowd surfing and genuinely stoked to be there. It seemed like every single soul in the building was having the time of their lives. Like the band cast a spell allowing for us all to disconnect from our real world problems and personal issues for that sixty plus minutes of their set where they spoon fed us their passion. We were all like children anticipating the next bite and hoping to hear the words “here comes the airplane.”

Imagine Dragons were in their infancy as this was their first full US tour. Naturally, I wasn’t expecting anything mind blowing from this young band. Perhaps my slightly lowered expectations allowed for the ease of exceeding them. And that they did. As soon as they made it through the intro of “Radioactive” and exploded into the first verse, people lost their shit!

They had a huge upright dragon sized bass drum on stage that the lead singer wailed on during that song and a few others (we will refer to it as “The Dragon” from now on). Throughout their set, the singer and guitarist played an accenting mix of snares, toms, and “The Dragon.” Being a drummer, I love it when bands break into a drum orgy! (2 or more drummers beating it as hard as they can [drums, c’mon kids]). And Holy Shit “The Dragon” was not only aesthetically pleasing but it put out a sound I could feel way down deep in my plums.

They are such a fun band to watch. Their song “Radioactive” was an instant hit.  A perfect complimentary follow up to their previous hit: It’s Time. Their entire album is actually quite impressive. If you get a chance, check out their Making of Night Visions Documentary. And keep up to date on “The Dragon” and the rest of the band on the Imagine Dragons Facebook. Additionally, the band mentioned they were going up by their merch booth during the AWOLNATION set to sign things and hug their fans. I thought that was good karma.

The first time I saw AWOLNATION was December of 2011 in Tampa. At the time, my favorite song was “Sail” (That song is fucking epic). My favorite song going into this show was “Not Your Fault” with lyrics like “it’s not that you should care, I just wanted you to know.” It was easy for me to relate personally at the time. They also made a hilarious/quirky animated video for the song too! Check out the Not Your Fault Video.

As my anticipation for the the song swelled and was finally satisfied, I began to look forward again to “Sail.” I was nowhere near alone. Have you ever heard that shit!? If not check out the AWOLNATION Sail Video or look it up on Spotify. When they played that song it was as if the audience had all received lyric cards in the mail a week prior to the show to study so they could sing along. My hairs were trying so hard to stand on end as I fed into the energy that song birthed.

If you’re ever bored on a any day ending in “day” and the band is in town or nearby, please pay the money or find a way to sneak into their show. You won’t regret it. Find out if they’re going to be in your town (or your guy you’re cheating on your boyfriend with’s town) on the AWOLNATION Facebook.