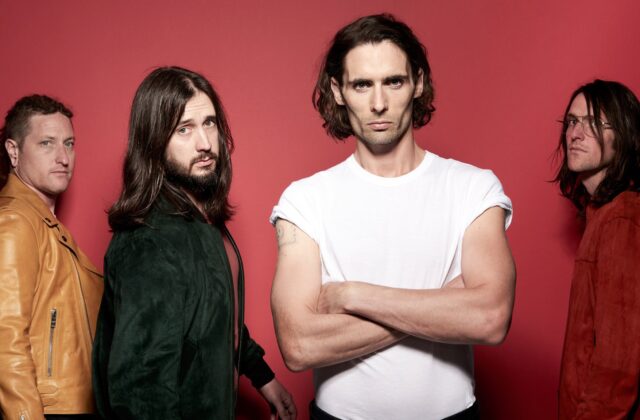 Get ready, because The All-American Rejects are hitting the road and coming to Florida! Known for smash hits like, “Gives You Hell,” “Move Along,” and “Dirty Little Secret,” AAR is fired up to deliver a show you don’t want to miss! Appearing for only 1 Florida show, get your tickets now to see them at the legendary Hard Rock Live in Orlando on Friday, November 11th. GET TICKETS HERE! The All-American Rejects formed in Stillwater, Oklahoma in 1999. The band is made up of lead vocalist and bassist Tyson Ritter, lead guitarist Nick Wheeler, rhythm guitarist Mike Kennerty, and drummer Chris Gaylor. Since the start of their career, these Titans of Pop Punk have sold over 10 million albums worldwide. Not an easy feat. But when you consider they helped define the sound of a generation, to an old Gen-Z kid like myself, it does not seem that impossible. When these songs first came out, there was no way to escape them! My personal AAR would be “Swing, Swing” because as soon as I hear it once, it is going to be stuck in my head until the next time it comes on.

AAR represents a different side of the music industry. You might have noticed, if you are a fan, the band hasn’t released a new album since 2012. Besides a couple singles every year, the group has collectively decided there will be no more full studio albums. In an interview with Radio.com, Tyson Ritter stated, “it’s not likely that the band is going to make another record anytime soon if ever, it’s given birth to these other projects that I’ve started.” And in a reference to a Joni Mitchell quote, he added, “as an artist or as a songwriter you need to know when to stop.” Although die-hard fans might disagree, I for one applaud their choice. Society forces artists to beat their creativity and passion to death, long after the fire may be gone for the creator. Would Breaking Bad be just as good if they decided it needed 9 more seasons? Probably not. Then why should AAR be forced to make more and more when they feel they have already given the world what it needed?

In this spirit, come out and support the band that soundtracked your childhood. They may not be making a new album, but The All-American Rejects are here to play the songs everyone loves for you! Get your tickets now to see them at the legendary Hard Rock Live in Orlando on Friday, November 11th. GET TICKETS HERE!

We’ve teamed up with Hard Rock Live to give you a chance to WIN (2) TICKETS to see THE ALL-AMERICAN REJECTS at Hard Rock Live Orlando on Nov 11, 2022!