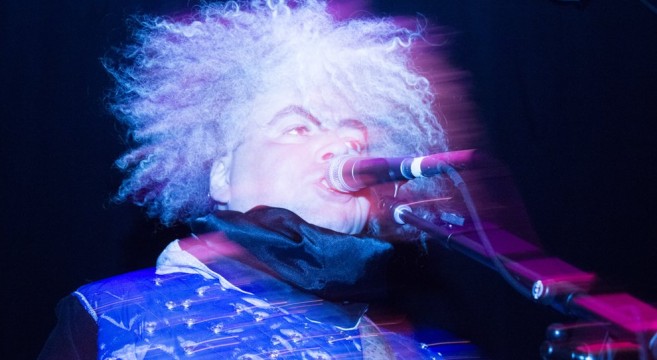 I sipped on whiskey and observed the scene set before me. It felt like I was in a backwoods bourbon house entering a fugue state. I was only brought back to reality after my involuntary laughs from Honky’s jokes: “Y’all into fitness?” “How about fitness into your mouth?” (thanks for the new pick up line Honky). Songs like “WFO (wide fucking open)” and “Snortin’ Whiskey” started the night off with a well-set mood.

Honky, the superboogie trio from Austin, was the opening band for Melvins. The band consists of Michael Brueggen on drums, Ed Landgraf on guitar, and Melvins bassist JD Pinkus. Sporting cowboy hats and ZZ Top beards they blew open the doors of the Social with their cacophony of rebel yell country and metal mayhem. Honky is the type of band that seemed to have worked their way through the dingy bar scene to play at destinations like this. Their style and sonic riffs certainly make them worth their salt.

As I stood outside and smoked a cigarette I found myself regaling my friends with recent moments in my life. Everyone there that night seemed to have some significance in many of the Orlando staples: Lizzy McCormack’s, Will’s Pubs, and Orlando Weekly all had heavy representations in attendance (not to mention five from SIGT). It was as if the Melvins were hosting a meeting of the metal minds at the Social, and, if you weren’t there, you weren’t shit! Over the wailing guitars, booming bass, and crashing drum kit people seemed to simply catch up with one another. The Melvins made this happen and I’m still trying to figure out how. 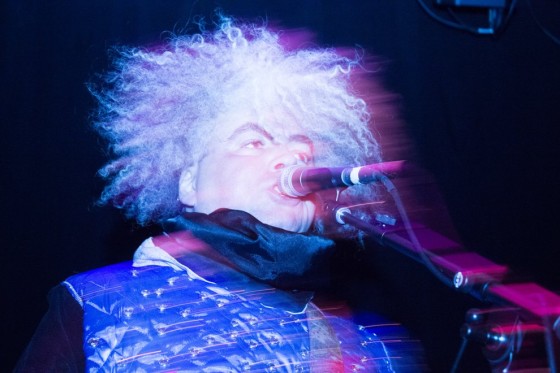 Adorning a religious space robe and his signature Sideshow Bob white curls, Buzz Osborne approached the stage around 10:15. The Melvins opened with “Let It All Be” and the maniac audience members made sure to let the Melvins know they were unconditionally loved. While I felt the rhythm of every instrument in the miniature venue, my gaze was constant on the guitar skills of Buzz Osborne. I can only imagine that King Buzzo beat the fuck out of the devil for his golden guitar. Buzz played with such ferocity that at one point I could have sworn flames were spewing from between the strings. JD Pinkus’ silver bass (not to imply place by any means) blared along with the drums coated in sparkles that could have very well been star dust.

A highlight of the night was Melvins covering “Moving to Florida” by Butthole Surfers. Whenever mention of our great sunshine state came through the speakers the crowd cried out. Between each line and bass drum kick everyone began screaming and shaking, seemingly uncontrollably. The Melvins worked the song with such an overwhelming sense of sincerity.

It was their final call to all in the audience to take this experience elsewhere and enjoy the company of your compatriots at another location. Hopefully, The Melvins will return and everyone can catch up once again. We will all see each other around Orlando and with a casual wave and quick “hello,” we will remain friends. When our eyes connect with our acquaintances, this thought will strike us, we will always have “that one night at Melvins.”