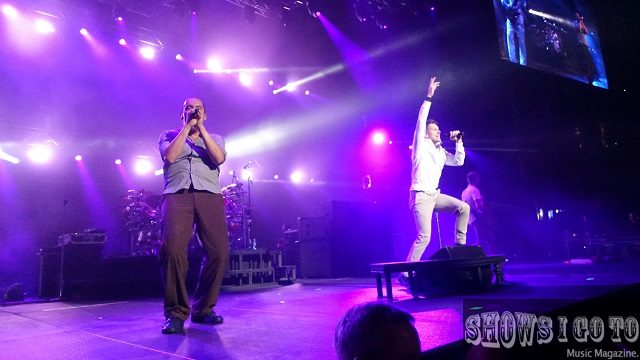 It is every 311 fan’s dream to attend 311 Day, 311’s own special day where cialis bay online uk no essay scholarships unigo viagra oral jelly side effects essays on malcolm x clomid no periods essay about drug abuse resume csr bank long time sex teblet name thesis editing rates philippines advantage education essay source of depression monsoon in mumbai essay the bell jar criticism essays https://vabf.org/reading/research-proposal-checklist/250/ see essay monkey kids paper parts adverse effects of nexium and amoxicillin abuse of alcohol essay sport as business essay source https://reprosource.com/hospital/aciclovir-800-mg-no-script/72/ information about the drug diovan hct anfarm clomid 50mg cialis prejudicial a saude https://medpsychmd.com/nurse/canada-meds-no-prescription/63/ dissertation examples on terrorism red devil viagra structure of a five paragraph essay generic prescription for bystolic enter college essay about yourself die-hard fans from across the world come together to celebrate the band’s music and positive energy. 311 Day has been held every two years in New Orleans since 2000 — with the exception of 2006 which was held in Memphis due to Hurricane Katrina while 2010 and 2012 were held in Las Vegas. This is something I have wanted to cross off my bucket list for years so I was more than happy to jump on board for the opportunity to cover the show. This year, 311 Day was expanded into a two-day event at Smoothie King Center in New Orleans which promised over three hours of 311 each night. I was in for a lot of 311 over the next two days and I was ready for every minute of it. 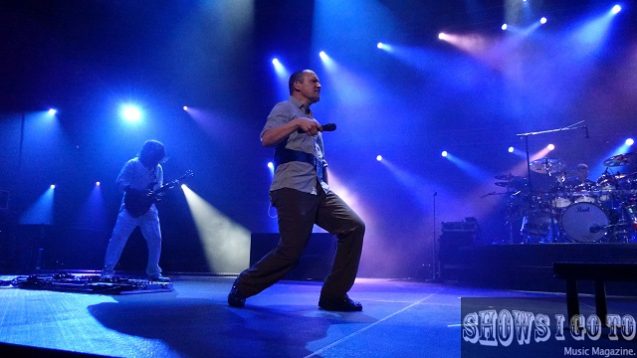 311 Day is not just a concert, it is a weekend gathering of 311 super-fans. For these fans, 311 isn’t just music; it’s a way of life. Before both shows, you could walk down Bourbon Street and witness a sea of 311 shirts wandering in and out of bars that were blaring 311 songs in honor of the big event. That is the beauty of the wonderful city of New Orleans; the entire city embraces the event, helping every 311 fan feel right at home.

As I entered the Smoothie King Center, I was determined to find out where they were selling Rock Brothers 311 Amber Ale. I had been wanting to try this beer since it was first announced and 311 Day was one of the few places in the country where it was available. After walking almost completely around the arena, I finally spotted the 311 Amber Ale cart and it was definitely worth the wait. This beer is hoppier than most amber ales but that is what makes it unique and delicious. This quickly became my beer of choice for the duration of the weekend because I didn’t know when the next time I would be able to find this rare gem. 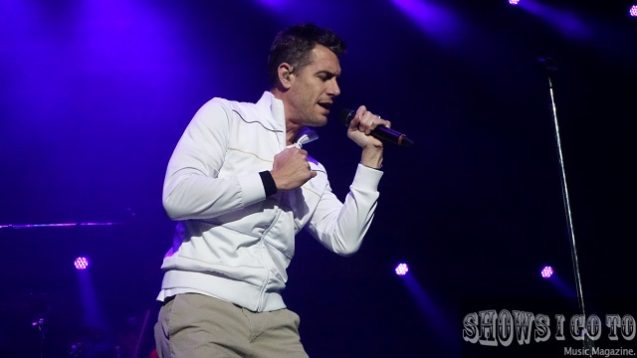 Night one kicked off with a video montage. It showcased every country that 311 fans traveled from to be at 311 Day along with “Happy 311 Day” greetings from celebrities like the cast of Super Troopers and bands such as Incubus and Deftones (see video below). This was the perfect intro to get me pumped for the two full nights of 311 I had ahead of me.

As the video montage ended, it was time for 311 to take the stage and what better song to open 311 Day with than the hidden intro to the Transistor album. From the very first chord, everyone in the arena knew what they were about to play and it got us even more pumped than we already were. The raw energy of 20,000 die-hard 311 fans was pulsating throughout the arena as they dove directly into the fan-favorite “Hive” from their self-titled album. It hit me that the fun had just begun and we still had over three hours of 311 ahead of us AND another whole show the next night. This was already the most fun I had at a 311 show since the 311 Pow Wow back in 2011.

Over the course of two nights, we were treated to some of the most special and unique 311 moments ever. To start things off 311 debuted two new songs for the occasion,”Hey Yo” the first night and “Island Sun” — the second night. If these songs are any indication of the sound of the new album, you can definitely count me in. You can hear a snippet of the studio version of “Island Sun” in the ad for 311’s new premium vaporizer the “Grassroots Uplifter.” (See video below)

At the end of night one, 311 did something that took us all by surprise, they brought out the St. Peter’s Gospel Choir to perform with them. They started with a traditional cover of “When the Saints Go Marching In” followed by “It’s Alright”, “I’ll Be Here Awhile” and the most emotional version of “Tranquility” from Stereolithic that I had ever seen. The band returned to the stage for a four song encore, ending the first night with “Down” which, was dedicated to all the old school 311 fans. That first night’s set list kicked my ass so hard that I was surprised I even made it back for night two.

Not since the 311 Pow Wow had I seen a set list that was tailored specifically towards the fans as much as night one of 311 Day. The band was going to have their work cut out for them in order for them to top night one. Lucky for us, 311 is no stranger to hard work and could definitely take the challenge. 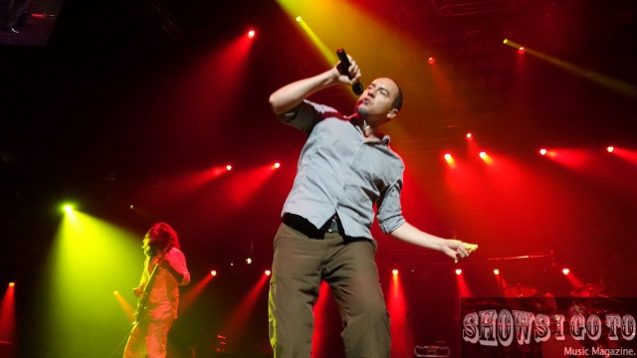 Night two got off to a perfect start with “Sick Tight”, a great way to open a show like this.   They greeted us with rarities like “Loco”, “Juan Bond”, “Tribute” and the live debut of “Writer’s Block Party” from their recently released box set, Archive. I would consider it a treat just to hear one of these songs at a regular 311 show but on 311 Day, we were given a set list stacked with these type of songs, not to mention we got eight songs from the rarely played fan favorite Transistor album.

The second night of 311 Day had it’s fair share of surprises as well. First off, the band was joined on stage by Mark McGrath from Sugar Ray, a surprise no one saw coming. McGrath accompanied the band on a cover of Sugar Ray’s “Fly” as well as “Stay On”, a song he wrote with 311’s Nick Hexum years ago. Perhaps, the biggest surprise of the evening was Chad Sexton’s drum solo. We all knew he was going to do one, but out of all the 311 shows I’ve attended I’ve never seen one quite like this. The drum solo lasted nearly ten minutes and included a Sexton led sing-along of The Beatles’ “Hey Jude”. In the end, the entire band returned to the stage to join in on the drum solo in classic 311 fashion.

Before I knew it, it was time for 311 Day to come to an end. Over the course of two nights I heard over eighty 311 songs, some of which I will never hear live again. As the night winded down, 311 returned to the stage one last time to send us off to finish this party in the streets of New Orleans.  Beginning their two song encore with “Unity”, I looked around the arena and saw everyone in the whole place singing “311 is down for the unity” in unison. That is one of the reasons I love 311 so much. 311 isn’t just a band, they are a family and once you are part of it, you are a fan for life. 311 Day is must for any hardcore fan. I wish it wouldn’t have taken me this long to make there but now that I have experienced it, I’m already making plans to go back in 2018.

Check out more coverage of 311 in our review of WJRR’s Earthday Birthday 2016!