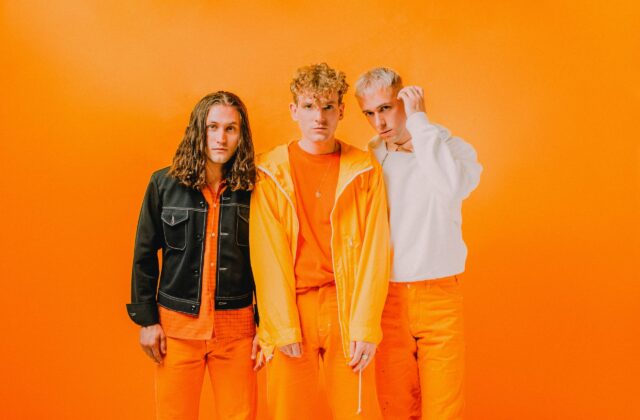 With the release of two albums in one year, COIN is back on the road touring with the continuation of their “Dreamland Tour.” The two shows they are playing in Florida — House of Blues Orlando on November 29th (TICKETS HERE) and The Ritz Ybor in Tampa on November 30th (TICKETS HERE) — are two shows that should not be missed. With Wanderwild opening for COIN in both cities, and COIN’s traveling bassist Matt Martin also in Wanderwild, it is going to be a synth-pop heaven. On June 9, 2015, COIN, then consisting of Chase Lawrence, Ryan Winnen, Joe Memmel and Zachary Dyke released their first studio album COIN. With ten songs, the album showcased the soft and powerful voice of Chase Lawrence and how well the band was blending their pop synth sound with a flow of alternative rock. The album peaked at 21 on Billboard’s Top Heat Seekers music charts. Following the release of their self-titled album COIN, the band released their second studio album How Will You Know If You Never Try, with the biggest song off their second album Don’t Cry, 2020. Their album showcased their progression into a sound that was unique to them and lyrics that felt like a cool breeze. The album would go on to peak at 177 on Billboard 200 and 2 on Billboard’s Top Heat Seekers.

Following the release of their second album, COIN left Columbia Records and formed their own record label, The Committee for Sound & Mind. With the founding of their new label and Zachary Dyke, the original bassist, leaving the band, COIN came together and released their third and most profound album, “Dreamland”. The album stayed true to the sound that garnered them so many fans, but built off the success of “Don’t Cry, 2020” to create a fresh face for a group that had gone through so many changes in just three years. “Dreamland” consisted of 14 songs, with which COIN had outdone themselves, putting together a symphony of bliss that washed over the ears of each listener. Right as COIN was set to go on their “Dreamland” tour, the Covid-19 pandemic had begun to rage on and ultimately cut the tour short just after the first few shows.

• Share this preview we wrote of the show!
• Share a flyer for this show to your Instagram/Facebook/Twitter/etc.
• Get creative! Print a flyer (or make a flyer!) and take a photo. Put it up at your favorite local place (with their permission, of course).

2. Email us (contests@showsigoto.com) with a screenshot/photo of how you spread the word and tell us which show you want to go to (Orlando or Tampa).

3. When you win, we’ll reply to your email with confirmation and instructions on how to claim your ticket!

Winner will be announced on this post at Nov 28 for HOB show and Nov 29 for Ritz show. Winner will receive one ticket per person, per email.