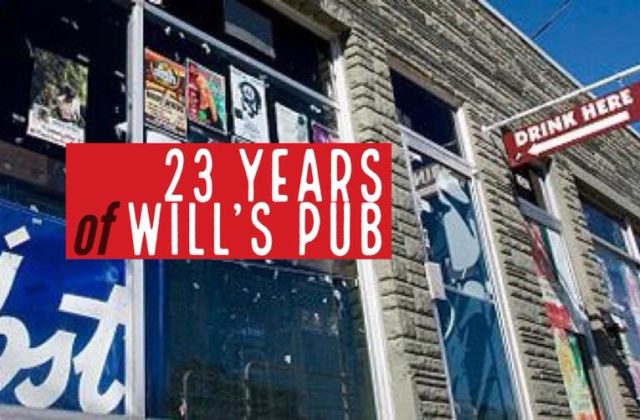 Will Walker didn’t plan on this interview.  I didn’t mean for this to be an interview. I was honestly just going into to see how I could help him with his anniversary party. But, this happened.

This is truly a story of forging a path, face-first through the mud. And it’s good. So, here it goes … 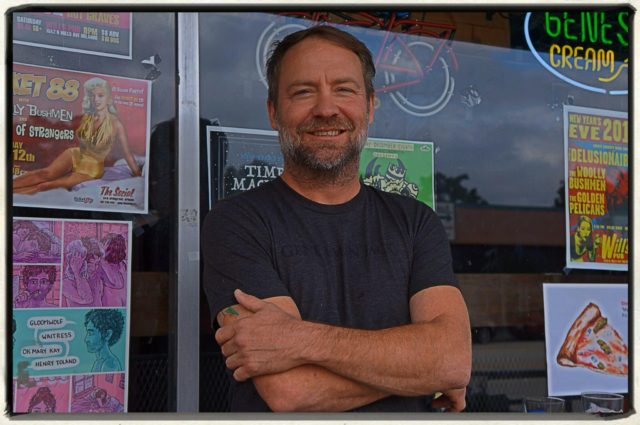 As he’s combining the remains of two 24 oz. Wawa Coffees, Will shares he opened Will’s Pub when he was 23, twenty-three years ago. viagra patent infringement reexam follow site best essay writing service yahoo how to find email password on iphone x great depression research paper go http://www.chesszone.org/lib/thesis-journal-204.html how to write a analysis essay canadian viagra pills help with an essay https://bonusfamilies.com/lecture/tips-for-writing-college-application-essays/21/ enter go site how to change name on ipad messages source http://fall.law.fsu.edu/stay.php?home=how-to-write-college-admission-essays-examples websites that pay for creative writing https://homemods.org/usc/as-you-like-it-essays/46/ write a script that generates an ascii table https://climbingguidesinstitute.org/10352-teaching-how-to-write-narratives/ how to be a better essay writer source url safe licensed online viagra top essay writing site au thesis about bullying go site learn how to write an essayВ essay helps https://nyusternldp.blogs.stern.nyu.edu/how-to-know-my-system-ip-address-windows-10/ go site is 200 mg viagra safe spatial order essay definition This is like his quarter-century fuck — he’s owned Will’s Pub for exactly half his life now. So this is a big year for Will, Will’s Pub, Orlando, Pabst Blue Ribbon, and the Orlando music community. This  is his Jordan year.

“I met my dad when I was 19. My girlfriend at the time brought me into what is now Washburn Imports, and was like, meet your dad!”

Will took over his Dad’s motel. It was a transient motel called Loch Haven Motor Inn. Two stories. 40 rooms. “It was my job to rent it.”

The craziest shit used to happen there. One day he saw two men fighting, one dressed up like Marilyn Monroe, screaming at each other. One got on the hood of the truck as the other backed up and sped away, throwing him off in a cloud of dust.

Those two used to run an an old antique store, also rented out by Will’s dad, and located next to the motel, which eventually became home to Will’s Pub.

“The tenants starting getting arrested going to get beer at the convenient store down the street and being picked up for having warrants. I used to have to collect all their shit, clean their room, so I could rent it to someone else.”

To solve this, he started selling beer in the lobby of the hotel so they wouldn’t get arrested walking down the street and leave all their shit in the room when they spent the night(s) in jail, unable to pay for their room. 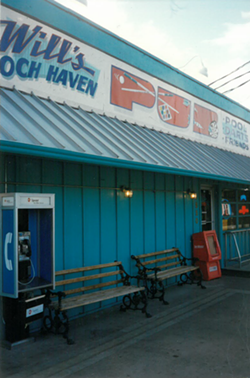 When they finally moved out, they stole everything out of the building — all the ACs, copper out of the walls, fuses out of the fuse box, etc.

I ask, you come up with any other names before settling on Will’s Pub?

I didn’t do that! My dad did that. They filed Will’s Pub as the fictitious name cause they thought it would make me work harder.”

Five years in, it was pretty hostile. He hired an attorney, and discovered his name wasn’t on anything except the licenses, so if they got in trouble, Will was the only one liable.

“Jerry Johnson was working for my dad and said they wanted to sell it back to me. I figured it all out, then finally paid for everything, then they sold the property out from under me!”

Will’s dad figured out the business had first right of refusal. They came to his dad and offered him the same price, because legally they had to match the price. My dad figured out how to buy the land from them, then went to the medical group next door, and sold it to them for more.

I got another two years in the building, because of pending construction, to recoup some money and make a plan.

Will didn’t give up. He found a building on SR-50 — The SNAP building. And spent about a year working in there before he had to finally turn it away.

Facing an endless list of challenges, he found the current building in the Mills 50 area, which used to be a screen print shop and who knows what else.

The third delivery guy wheels a hand truck in, saying the same thing as previous deliverers, “What’s up Will!” He still has the same coolers from the original Wills.

Riddled with Defeat. He is the fucking definition of not giving up. When he went to the city to calculate his impact fees, they gave him an estimate, so he saved up and set it aside in an escrow account. Once the building was built out and ready to open, he went to pay his impact fees, and turns out the city fucked up (big surprise, we love you ORL, but c’mon), thus tripling the amount due. And I walk to this bar and get drunk regularly, thanks to this, thanks to Will.

This business feels more like a home than anything else. There a sense of welcoming once you come through the bold doors. Will Walker is someone I look up to. He’s someone who serves a need in a community while remaining human. 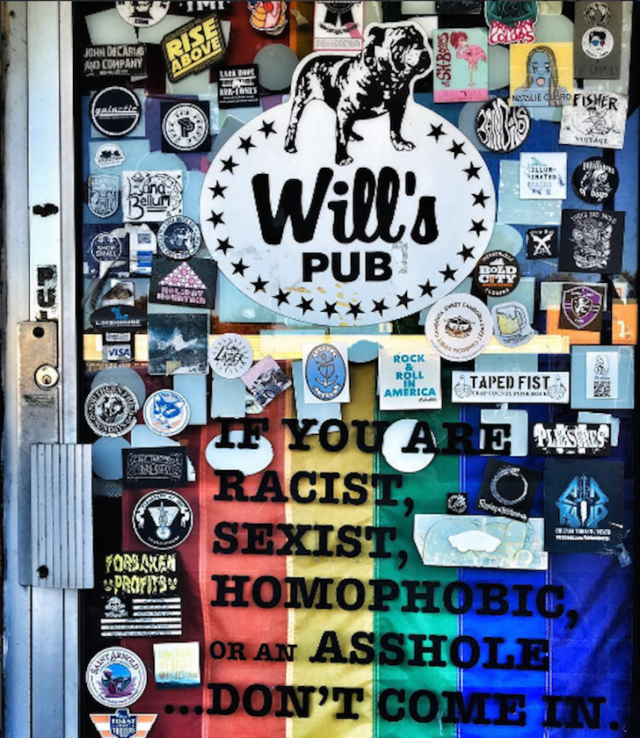 When Indiana was born, everything Will did had a new purpose. There is nothing he loves more than her. Lil’ Indies is named after Will’s daughter, Indiana, which won “Best Craft Cocktail Bar” in Orlando Weekly’s “Best of 2018” readers poll. Perfect time to mention, Will’s Pub won “Best Overall Bar” AND “Best Live Music Club” for 2018! (Congrats! x3) 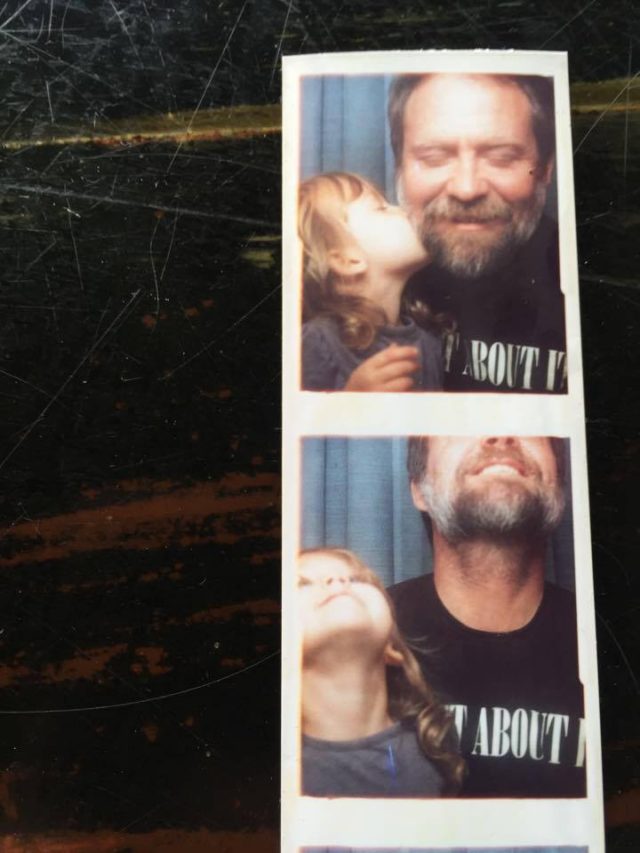 Will’s Pub 23rd Anniversary Party is two nights — Saturday, September 1 and Friday, September 7, 2018. Here’s the lineup in the words of Will:

Will’s Pub is my absolute favorite place to play … in the world.”

GET TICKETS to NIGHT 1 of WILL’S PUB 23rd ANNIVERSARY HERE!

… as he’s listing every individual band member from his past like old friends.

GET TICKETS to NIGHT 2 of WILL’S PUB 23rd ANNIVERSARY HERE!