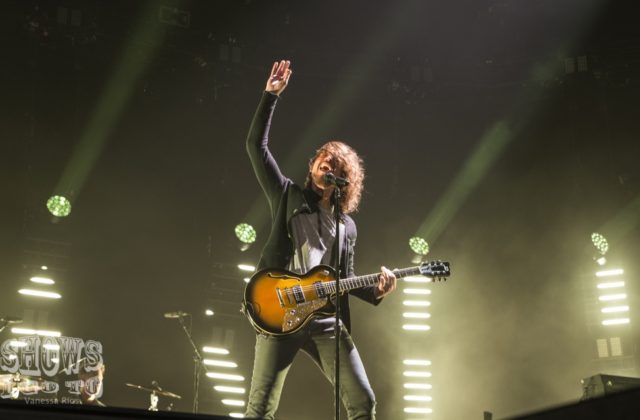 It’s time to rock out in Jacksonville once again! This year’s Welcome To Rockville brought bands from new to old together to take over Metropolitan Park. Three stages were set-up for over 40 bands to blast our ear drums! 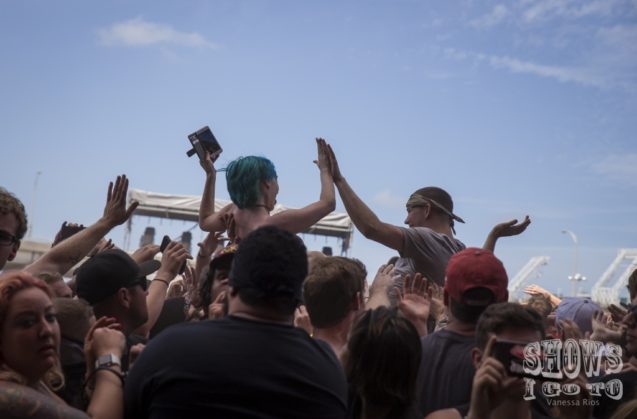 Soundgarden and Def Leppard headlined Saturday and Sunday respectively for the thousands of fans. Everyone was lucky this year because it wasn’t over hundred degrees like last year; it was bearable. This year they introduced a WTRV collectible mug which offered free soda refills and craft beer at a reduced price, these sold out before 2pm each day! 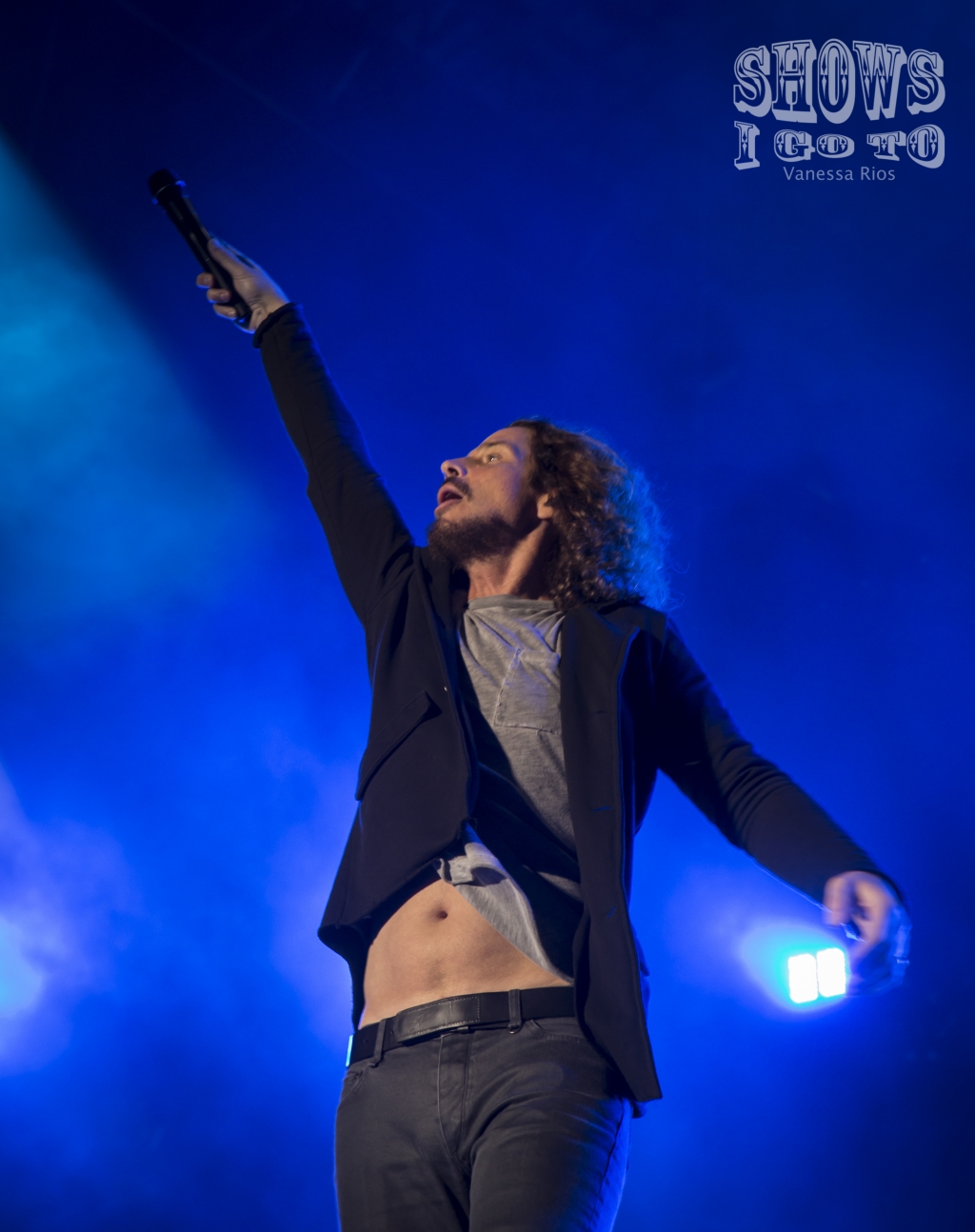 Saturday’s lineup is chock full of great bands. The dirt started rising and the pits opened early when All That Remains hit the stage. One of my most anticipated bands came on next, Highly Suspect. They have been around for a few years but I only recently discovered them and enjoy their music. Highly Suspect played my favorite song mid-set, “My Name Is Human.”

I was able to see Eagles of Death Metal from afar under the overpass. It was too hot and sunny at this point, but luckily by the time Coheed and Cambria came on it cooled off a bit. 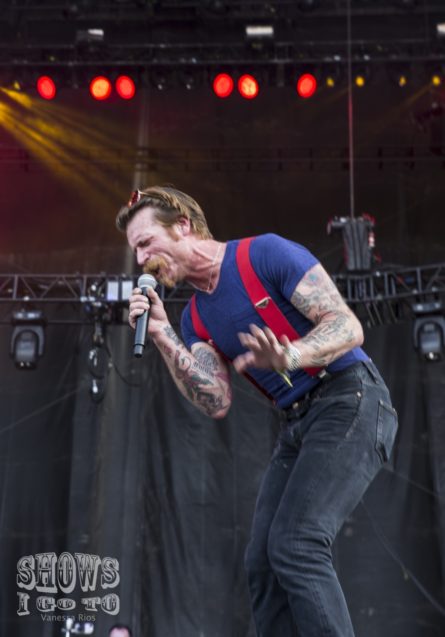 Coheed and Cambria is a band that I have been to three shows which they were playing but somehow never got to see them until Rockville. They were awesome! Lead singer and guitarist, Claudio Sanchez, came onto the stage with a dual guitar one being your average 6 string and the other half was a 12 string. “Welcome Home” was played second and set the fiery tone for the remainder of the set. 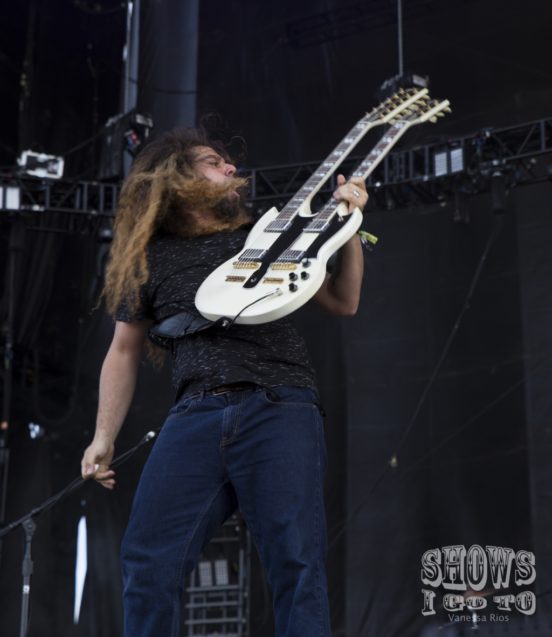 The Offspring put on a great show as always. If you didn’t enjoy a nice cold Monster Energy drink from their mobile booth, you didn’t need it after The Offspring. Maybe it’s because I was in 7th or 8th grade when I began listening to them, but the album Smash is what I grew up with. A quarter of their set contained songs from that great album. The crowd erupted when “Bad Habit” was played mid-set! They even closed out with “Self Esteem.” 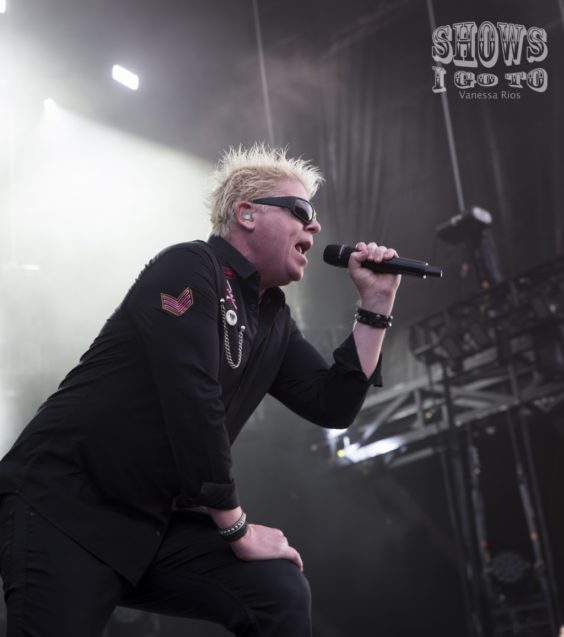 I caught a glimpse of The Perfect Circle but they are a little too mellow and slow for how adrenalized I was after The Offspring, but some of my friends claim it was a religious experience. 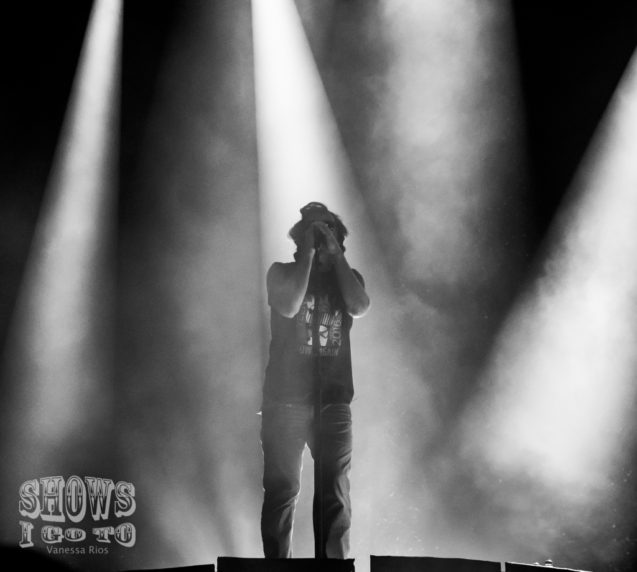 I grabbed a close spot for Soundgarden and I’m glad I did. 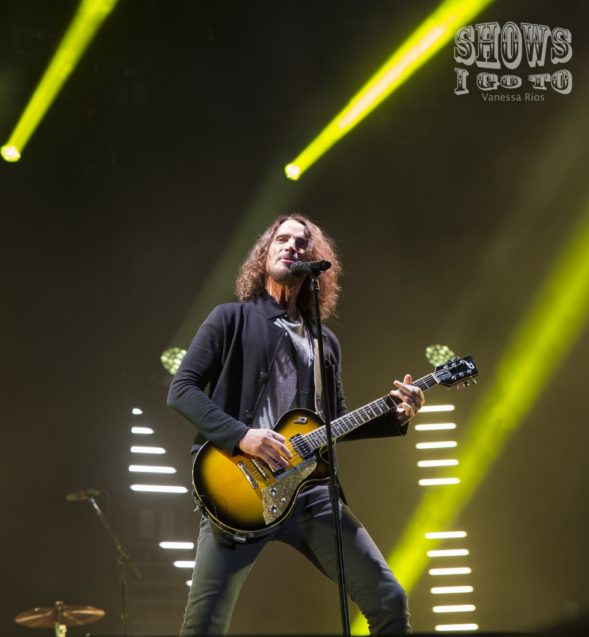 Soundgarden still has it, amazing vocalist in Chris Cornell, along with bassist Kim Thayil couldn’t have been a better way to headline the first night. They started out early with big hits “Spoonman,” “Outshined,” and “Black Hole Sun.” They even played “Been Away Too Long” off the 2012 album Animal, which I thought was a great come back album. I hope they put out a new one soon. 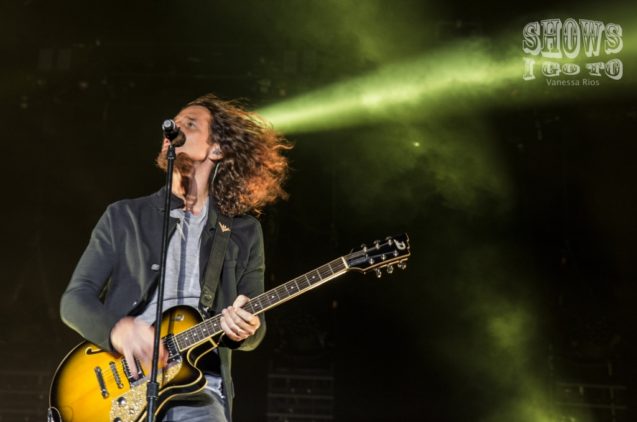 Sunday was wild. In The Moment brought all the exciting theatrics for their set. 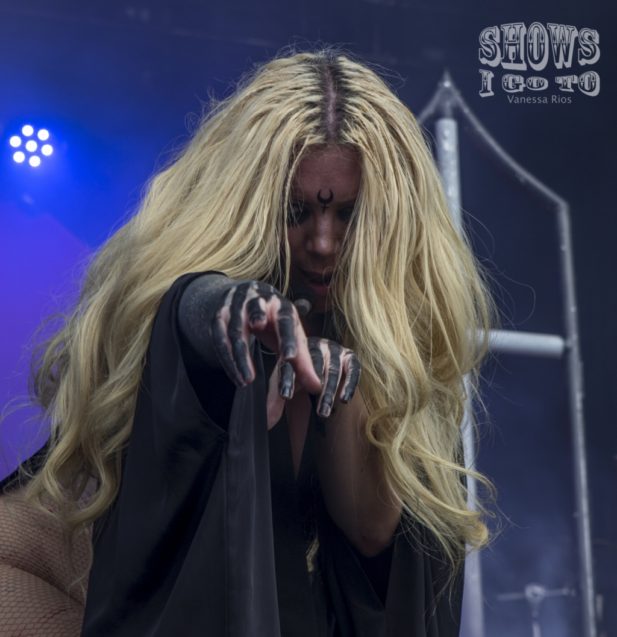 In This Moment Rockville 2017 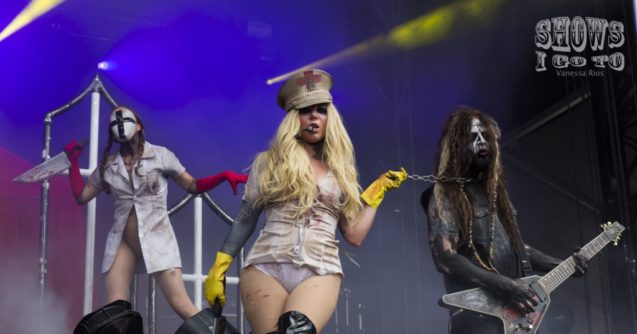 In This Moment Rockville 2017 Live

I missed two of my favorite bands who perform live, Beartooth and Nothingmore, but they’re always great to see live and I know they put on great shows that day. Three Days Grace put on a fun show, though not the original singer, replacement Matt Walst fits in perfectly. I didn’t want to see Alter Bridge because the week prior at EDBD they were at their best. 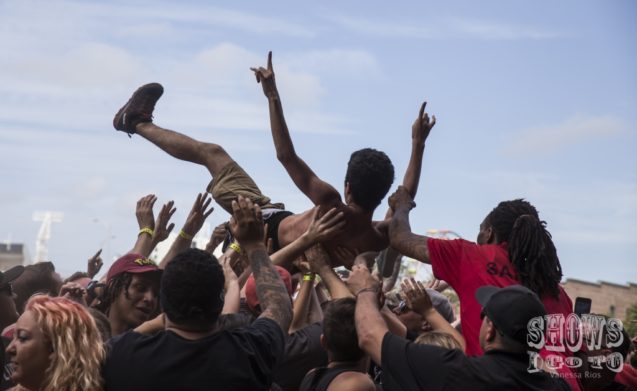 Mitch and Vanessa made it there early and spend some time in Maynard’s (A Perfect Circle, TOOL) wine garden — Caduceus Wine Garden. He might have been a little wine drunk. 😎 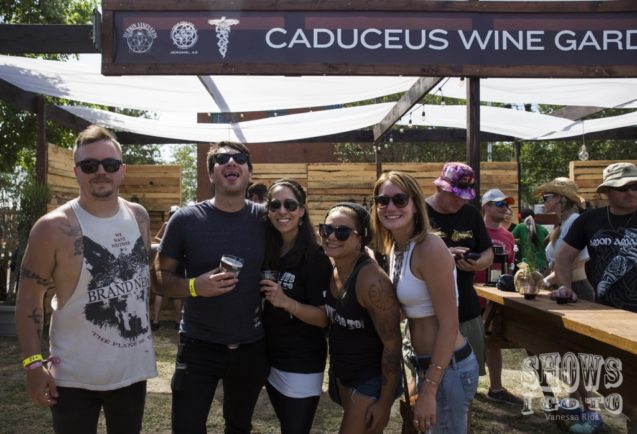 Every Time I Die destroyed their set and had the biggest mosh pit out of anyone I saw all day. Amon Amarth came out on a Vikings ship, drinking from bull horns in full Vikings attire. 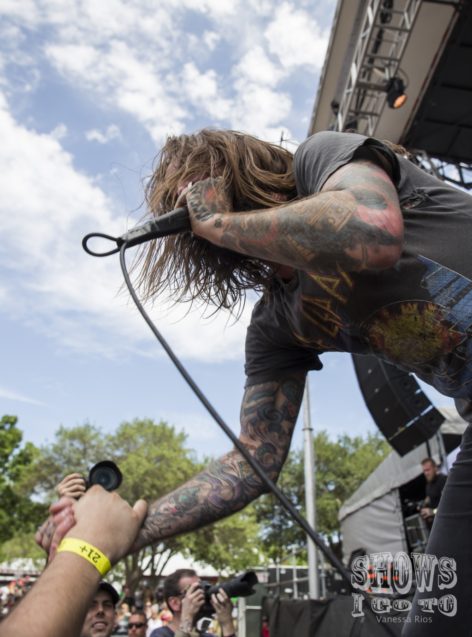 Every Time I Die Rockville 2017

Seether was a perfect setup for Chevelle to follow. I was also shocked to see guitarist Clint Lowery from Sevendust playing for Seether. He apparently just began as their touring member. Seether has a new album out May 12th, 2017 called Poison The Parish. The song “Let You Down” sounds awfully familiar to Chevelle’s “Take Out the Gunman.” 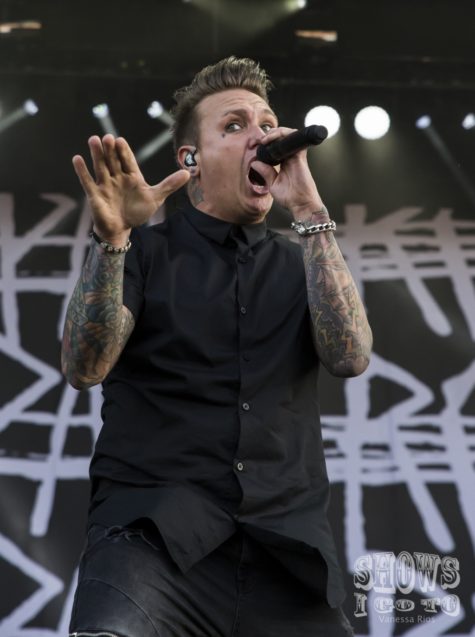 Chevelle being a favorite of mine led me to miss Papa Roach, but Vanessa caught photos below! I heard from a few fans that Papa Roach put on a great show. Chevelle played three songs from their more recent albums but all the rest were from 2002 and 2004 hit albums. 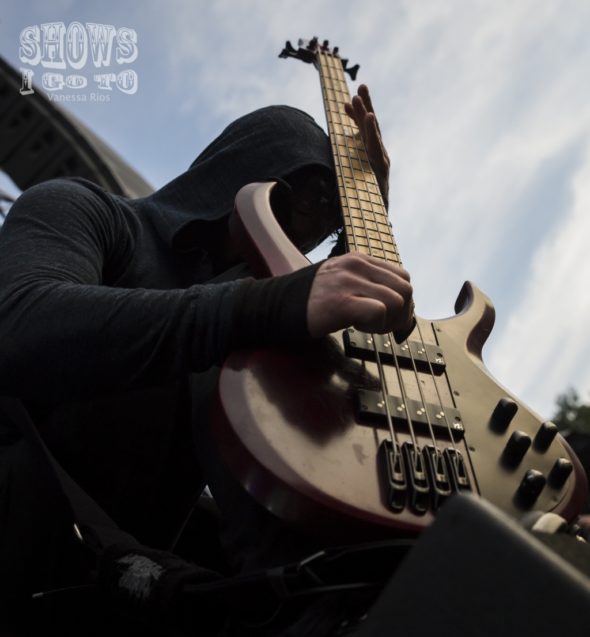 Def Leppard went on right after to close another successful and my 4th Welcome to Rockville festival. Hope next year’s lineup will be just as great as this years. See you all in 2018 and till next time Always RocK! \m/