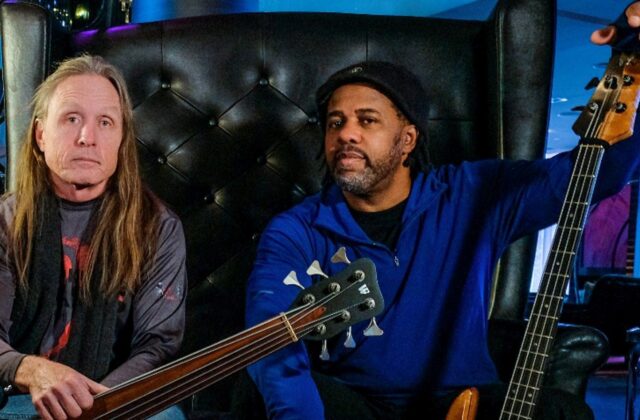 Victor Wooten, five-time GRAMMY Award Winner and founding member of the supergroup Béla Fleck and the Flecktones is on tour with Bass Extremes! See one of the most celebrated bass players of all time on Sunday, Oct 9th at the historic Bilheimer Capitol Theatre in the beautiful waterfront town of Clearwater, Florida. The tour is part of the release of the newest Bass Extremes album S’Low Down, the first release in over 20 years! Joining Wooten on stage are Steve Bailey & Derico Watson. TICKETS AVAILABLE HERE! Bass Extremes was formed by Victor Wooten and Steve Bailey, fellow bass player and equally talented musician, in 1992. Bailey is no stand-in bandmate either, as he is a pioneer of the six string fretless bass and the chair of the bass department at the Berklee College of Music in Boston. So you know, no big deal. The supergroup released their first album in 1998 entitled Cookbook and their follow-up in 2001 with Just Add Water.

Victor Wooten is recognized as being one of the greatest and most influential bass players of all time. In 2011, he was ranked at number 10 in the “Top 10 Bassists of All Time” by Rolling Stone magazine. He has also won the “Bass Player of the Year” award from Bass Player magazine three times, and is the first person to win more than once.

In my normal writing process for these previews, I typically listen to an artist’s top played songs, and the agreed upon best work from their discography. While writing the preview you are currently reading, I began listening to the newest Bass Extremes album, and was immediately carried away by the music. The pairing of Wooten and Bailey on bass complimented by Derico Watson’s expertly crafted percussion combined with the sheer musicality of it all completely took me away from writing sometime after the first paragraph. Midway through the first song “Ready, Set, Slow” (featuring Bootsy Collins, I might add), my fingers left my laptop keyboard and I sat back in my chair already committed to this musical experience before me. Although Victor Wooten has seen his share of success through many other facets, Bass Extremes stands as a truly super super-group. The release of a Bass Extremes album seems like a celestial phenomenon. They happen once every 15 years and are a spectacle of the natural world to witness. Come out and see Victor Wooten and Steve Bailey October 9th at the Bilheimer Capitol Theatre! Be there! TICKETS AVAILABLE HERE!

We’ve teamed up with Ruth Eckerd Hall to give you a chance to WIN (2) TICKETS to see VICTOR WOOTEN at Bilheimer Capitol Theatre in Clearwater, FL on October 09, 2022!