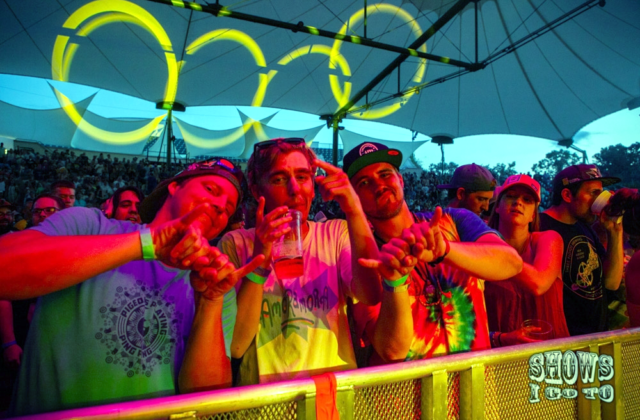 UMPH lovers rejoice!! The Boys of South Bend are coming back to Florida! August 15th, 16th, and 17th (in St. Pete, Miami, and St. Augustine respectively) this pro-rock 6-pack Umphrey’s McGee is as refreshing as a ice cold brew on a nice Summer’s day.  Their high energy sound is like a happy hour of music between life long buddies.  Brendan Bayliss (guitar, vocals), Jake Cinninger (guitar, vocals), Joel Cummins (keyboards, piano, vocals), Andy Farag (percussion), Kris Myers (drums, vocals), and Ryan Stasik (bass) — know just how to throw down with each other on stage and in the studio. It doesn’t matter which day of the week, these guys bring it to every show!  Recently adding to their discography, UM latest double release of It’s Not Us, and follow up album, It’s You sum up the feeling of this group nicely.  They appreciate their fans, so come out and let them dazzle you with guitar wizardry, famous funk, and progressive percussion!  20 years in the scene and they aren’t slowing down anytime soon!