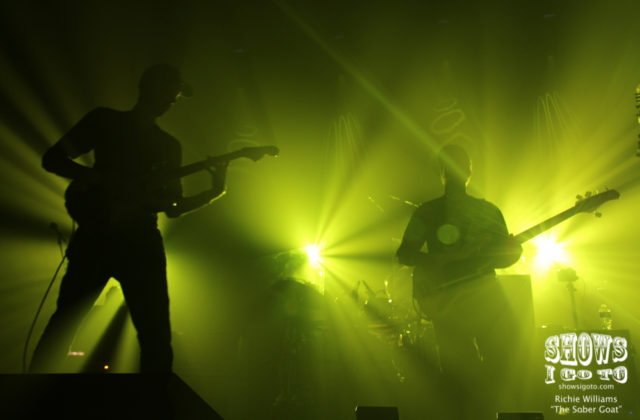 Wow, what a beautiful weekend!

After what has been a stellar Friday and Saturday in Atlanta, Chicago’s Furious 7 took the stage (and light podium) for the final fist-pumping round. Umphrey’s McGee hit the ground running with “Rocker Part 2” and the close quarters in the pit teemed with excitement. 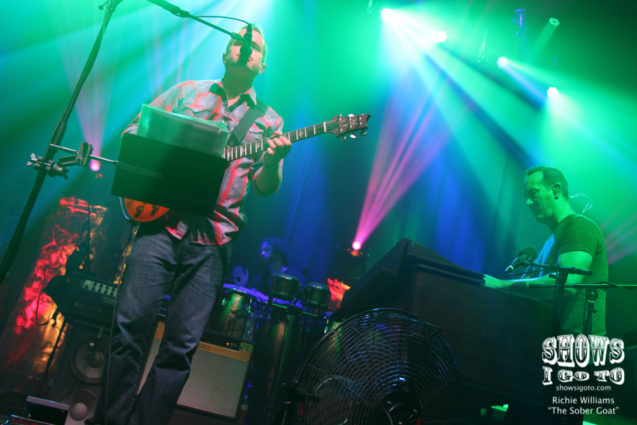 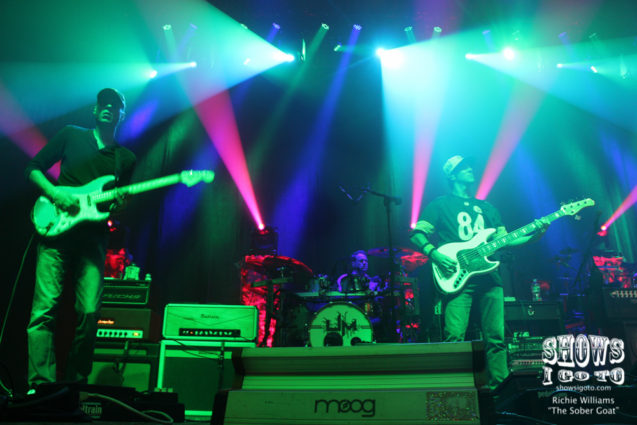 Singalong “No Diablo” lead us to a “Kabump” 😉 that seemed to perk up the whole crowd, featuring our friend, Jake Cinninger on lead guitar. The Tabernacle echoed with long, heavenly sustain.

“#5” allowed for a special treat, percussionist Andy Farag got to flex his muscles with a short, sweet solo. 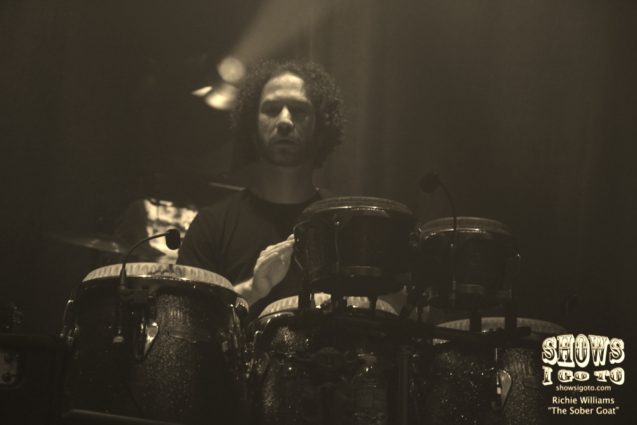 “Utopian Fir” rounded out the first set with Rush’s “Spirit of the Radio” teased in one of the song’s mad methodical shifts from light to dark.

Jefferson Waful, by the way, was incredible. He colorfully crafted endlessly beautiful lightscapes, while never missing even the smallest of emotional cues. 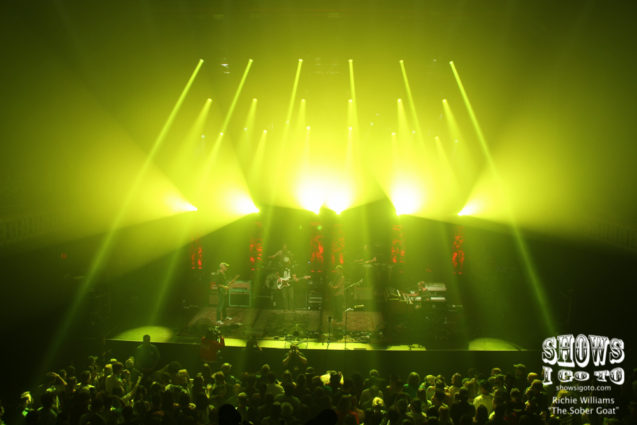 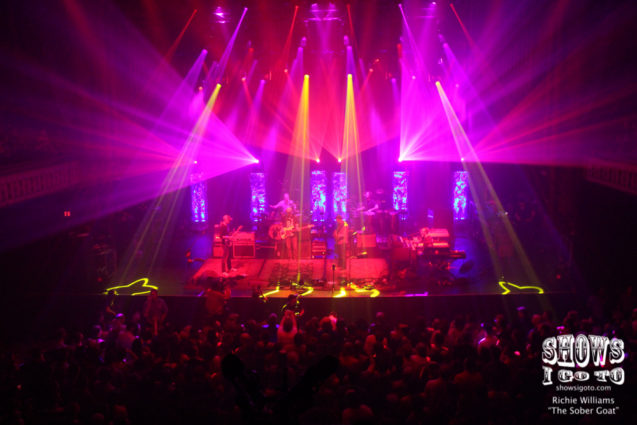 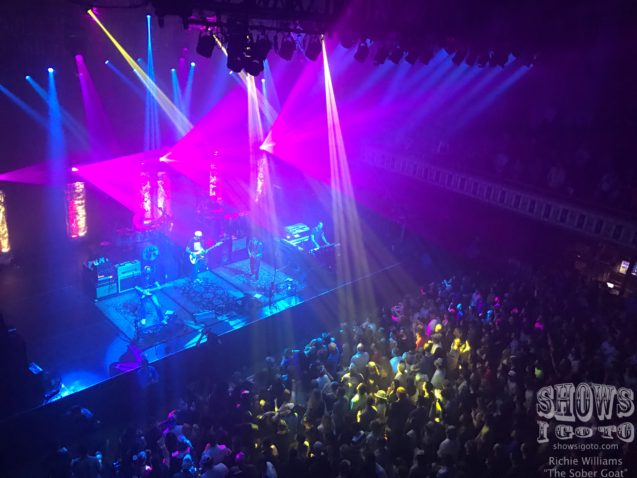 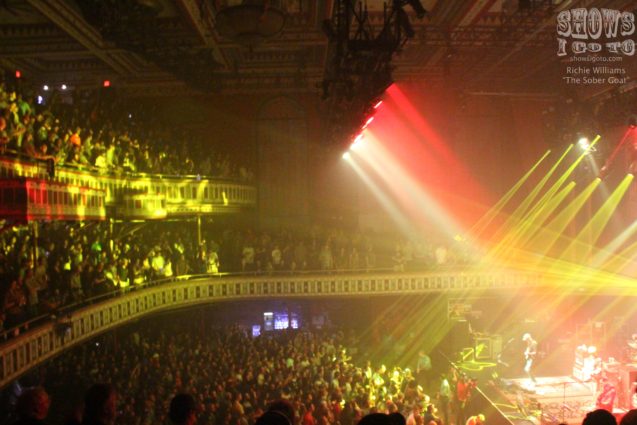 The second set began with “Bright Lights, Big City,” a song that fished so strong the high intensity jam seemed to have no ceiling, climbing from the hotel lobby to the penthouse party.  “Cemetery Walk” into “Cemetery Walk II” was intoxicating with tempo changes in all the right places. 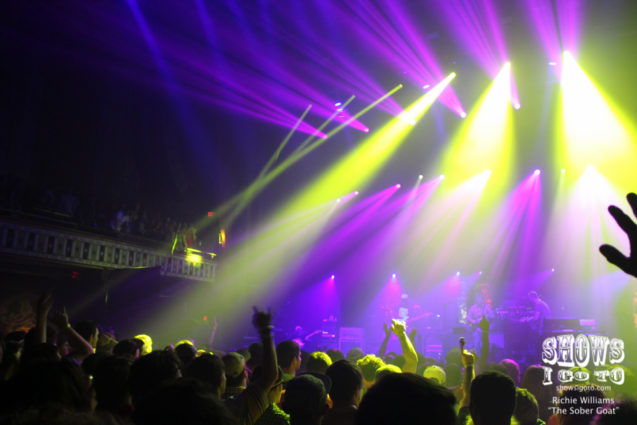 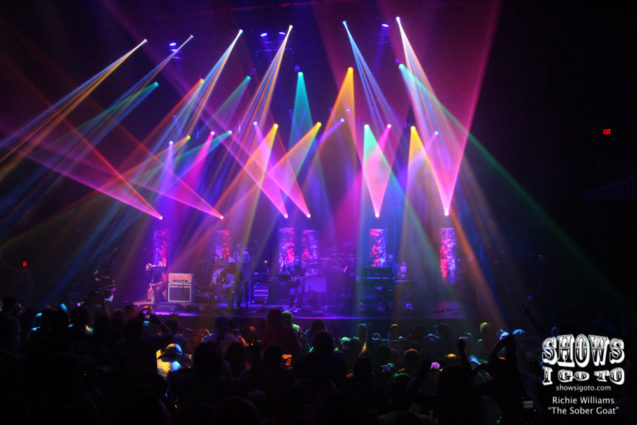 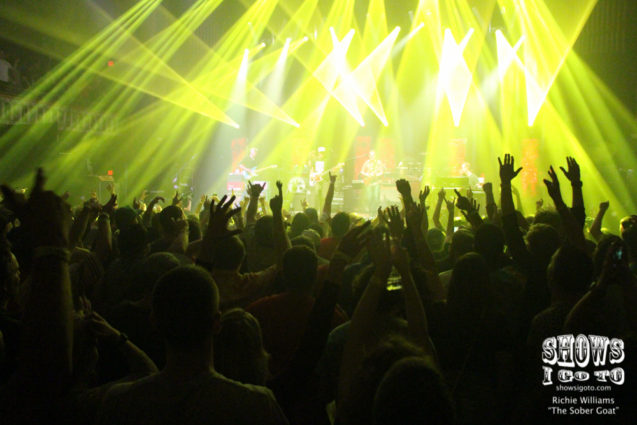 Three solid nights of rock music came to a close with “Pay the Snucka,” a song that encourages bassist Ryan Stassik to take a shower. No shower in the world would do me justice after being sprayed three nights in a row with UMPH stank. Check out The Sober Goat’s quick Instagram of the end of “Pay the Snucka” from the top balcony!

See you in FLORIDA.

Check out the Umphrey’s McGee 2017 Setlist below, from allthingsumphreys.

You can listen to the full show audio below, thanks to Dillon Fries.