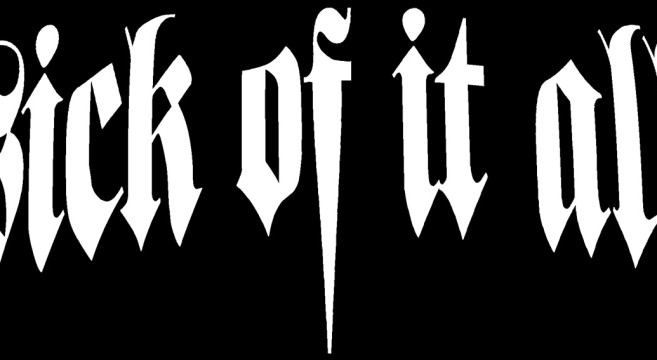 Hardcore legends Sick of It All and Negative Approach are playing at Backbooth on Friday, November 14th with locals Destructonomicon and False Punk, presented by Norsekorea (win tickets below).

Something awesome about the hardcore music scene is the determination and no-fucks-given mantra that has kept them and their fans going for decades. Sick of It All has been at it since the mid-80’s. They’re more than a band who makes records and tours and sell t-shirts. It’s a way of life. A call out to stay true to yourself and push through the bullshit.

Further proof of Sick of It All’s scene cred is the 2007 tribute album, Our Impact Will Be Felt, that includes cover songs from Rise Against, Bouncing Souls, Hatebreed, Madball, Pennywise, Kill Your Idols, and Bane just to name a few.

Negative Approach is another group considered to be one of the pioneers in hardcore who are sharing the bill. Although they formed in the early-80’s, they broke up within a few years to later reunite in 2006. Even though the gap in their output as Negative Approach was as long as a lifetime, it should not take away from their fire or from how much they’re revered. Check out the videos below as a preview of what to expect from them.

So if you happen to be unfamiliar with any of these bands (or haven’t seen them in a while), going to this show will be the best way to hear, see, and feel for yourself what countless fans around the world have been passionate about for years. To have two super respected “old school” hardcore bands on the same stage (and two locals!) at Backbooth is a you-got-to-be-there experience.

Want to win Two Tickets to Sick Of It All Orlando at Backbooth on Friday November 14, 2014?! There are several ways to enter below.*

*Once you complete at least one of the tasks below – Email contests@showsigoto.com with Your Name, and put the ‘SICK’ as the Subject To Complete Your Entry. Thanks!

READ: Once you complete at least one of the tasks above – Email contests@showsigoto.com with Your Name, and put the ‘SICK’ as the Subject to complete your entry. MUST BE 18+ TO ENTER.Thanks!