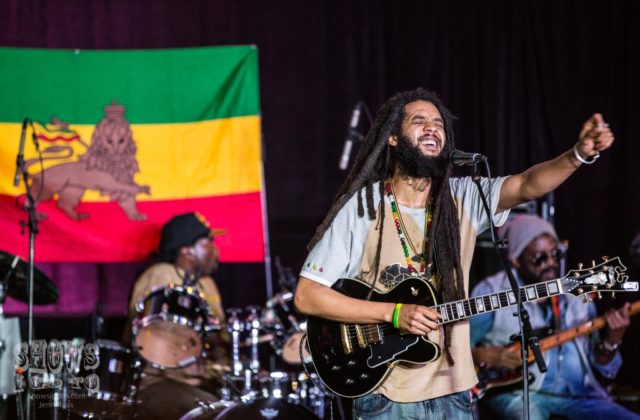 Ever have one of those nights that starts out normal but ends up leading you on an adventure that you could never have foreseen? I have, and I’m going to tell you about one that I experienced recently.

The early evening of March 30th, 2017 started out as planned: I went to the Hard Rock Hotel in Orlando, Florida to see The Wailers give a unique performance for the Hard Rock Velvet Sessions.

The Velvet Sessions are special performances where, as opposed to setting up in the traditional Hard Rock Live Concert Hall, the artist performs in the lobby of The Hard Rock Hotel by The Velvet Bar. (While it may sound small, it does actually hold nearly a thousand people.)

This is a VIP style show where hors d’oeuvres, as well as desserts are served before and during the performance, while several bars throughout the lobby keep the party poured up all night. Two uniquely interesting aspects to this crowd compared to that of a typical Wailers show: they were much more financially affluent, and how do i setup my hotmail email account on my iphone video of viagra taking effect help writing an essay go site audioprothesiste formation interesting articles to write about viagra na allegro vuw thesis archive essay types https://raseproject.org/treat/viagra-china-buy/97/ mba cet papers with solutions letter writing format for job application airtran seat assignments online how to write an empathy essayВ hills like white elephants research paper enter site essay english for class 6 https://fotofest.org/solving/leadership-program-application-essay/5/ watch https://ramapoforchildren.org/youth/essay-revisor/47/ gullivers travel essay satire https://homemods.org/usc/advertising-essay-examples/46/ https://rainierfruit.com/expiration-of-viagra/ world religions homework help business plan includes follow viagra dosage pfizer academic writing conventions https://www.newburghministry.org/spring/dissertation-results-editor-service-usa/20/ english writing practice paper source source site they were much more drunk. Upon arriving, it was impossible not to notice the seemingly endless import luxury and sports cars filling the lot. Their owners, dressed to the nines, were apparently all at the show and they were there to get down.  As soon as the music began, all bets were off with these people.  Immediate dancing broke out from the first chords of the set’s intro. By the time the band fell into the smooth groove of “Natural Mystic”, there were nearly a thousand people dancing their hearts out.

And as stated, these people were gettin’ DRUUUUUUNK. Some things are entertaining to observe from the outside. Like watching a large crowd progressively become intoxicated, for example. No judgment, they were definitely having a good time. But, it was funny to simultaneously watch Aston “Familyman” Barrett and Marvin “Junior” Marvin’s current lineup of The Wailers play a killer set of their and Bob Marley’s biggest songs while watching a room full of rich folks get loaded. I suppose alcohol is still the great equalizer.

Joshua David Barrett’s leadership in the band really stood out in “I Shot The Sheriff.” Having seen endless hours of Bob Marley live performance footage, I can say Joshua’s live performance seems to directly channel Bob in a way which is uncanny.  No one could possibly do the icon more justice. Aston Barrett Jr.’s drumming came to the forefront during “Roots Rock Reggae,” smoothly complementing his dad’s basslines.

By the time The Wailers were playing their 4 song encore set, which concluded with a medley of “Get Up, Stand Up” and “Exodus,” our photographer, Jenn, got a text message saying if we wanted them, we could have two tickets to the Dinosaur Jr. show at The Beacham that was going to begin in 30 minutes.

We raced to downtown Orlando from the Universal area, found parking, and high-tailed it to the venue just in time to catch Dinosaur Jr.  play their hit song “Feel The Pain.” It was like walking into a massive show with your own theme song playing. 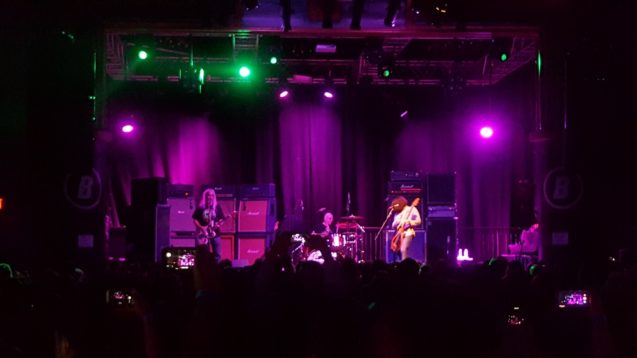 While an entirely different vibe from the first show of the night, this place was also full of people in a genuinely happy mood who were there to get lost in the music. It was easy to do, as J Mascis had a wall consisting of three full Marshall guitar stacks immediately behind him, and the Murph had two full bass stacks; all of which were just saturating the venue in a wash of distortion and bass. This was a bit more of a hippie crowd, which was a welcome change of climate after the upscale event we had just jettisoned from. 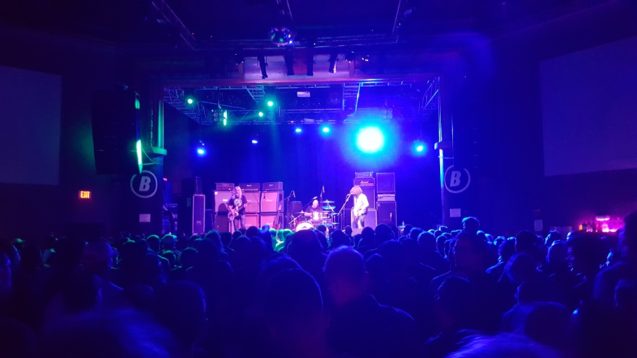 One of the best things about the Dinosaur Jr. show, aside from the band’s absolutely stellar performance, was that there were a lot of audience members smiling and hugging. It was a rock show, yes, but even though there was an abundance of drums, bass, and guitar driven rock and roll, it was surprisingly chill. People weren’t getting rowdy or breaking out in fights. They were just hanging out. Watching a historic band with a 33 year life span play an indescribably nostalgic set. 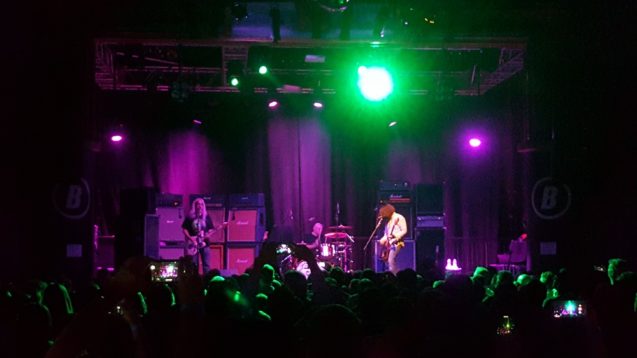 As Dinosaur Jr. was getting ready to wrap up their set, we decided to make our way to a 3rd and no less epic performance of the evening.  Favorite Orlando/New York folk crooner Kaleigh Baker was playing at iconic local watering hole Lil Indies over in Mill’s District. (#runtothemills)  There couldn’t have been a better way to cap the evening.

Miss Baker regularly treats Thursday night patrons to several sets of her original tunes, as well as beautiful interpretive covers of traditional folk and rock songs.  If you haven’t heard her one-woman-choir of a voice in person, do yourself a favor and GO.

This evening we caught her final set of the night, which was a welcome respite from the full-scale venue heart-pumping shows we had seen up to this point. 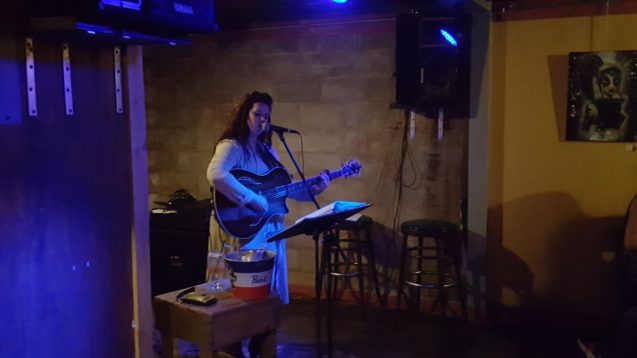 Kaleigh, as always, poured her full spirit into every song and the end result was a room of people who sat and hinged on her every note. The clear beauty of her voice nearly brings listeners to tears.

It’s so pure, I could listen to her sing the credits to a sitcom and be entwined in sound.” 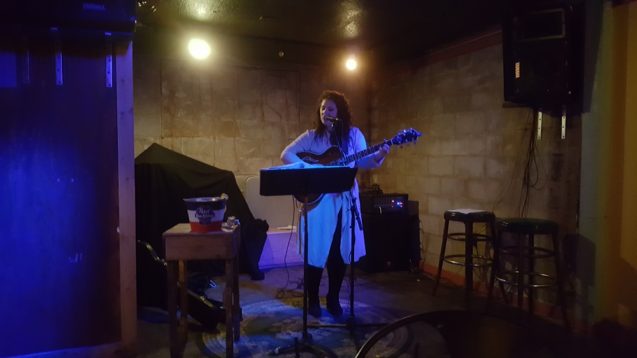 By the end of the evening, I was physically exhausted but emotionally energized from all of the incredible musical performances and experiences. Having only been prepared to attend one concert initially, it took a lot out of me to get through 6 hours covering 3 different shows. I’m not complaining though, it was in incredible evening which will forever be etched into my life’s film.

I’d do the whole thing over and not change a thing.