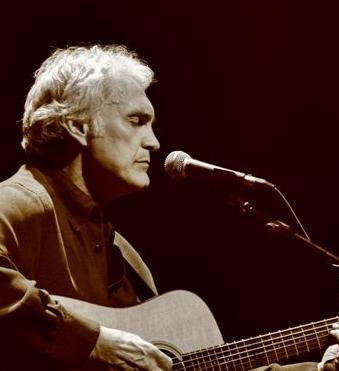 The Marinade with Jason Earle welcomes Verlon Thompson to Episode 2 of our show. The great Verlon Thompson is a singer, songwriter, guitarist, and all around gentleman. He is best known for his work with the late, great Guy Clark, who he stood next to for years as a guitar player, co-writer, and friend; but there is so much more to Verlon.

The first time I heard Verlon play was at Spirit of the Suwannee Music Park where he captivated the Suwannee Roots Revival crowd with stories about Guy and tales from his own fascinating life. We had to have him on The Marinade. Incredibly for us, he was very accommodating. Verlon opened for Donna the Buffalo at iconic Tampa venue Skipper’s Smokehouse in late December 2016. We made arrangements to talk before the set but it did not work out. Traffic, my own poor sense of time, and the logistics of touring conspired to block us from chatting ahead of the show.

It would have been easy, and totally understandable, for Verlon to say the hour had grown late and he needed to get some rest after playing his set. Instead, he sat down with me after the show, in the middle of the venue, well after midnight, and talked about the creative process, love, Guy Clark, and spirituality among several other topics.

I wrote a review of that show and posted it on Shows I Go To. As is customary, I sent a link Verlon’s way. In this business, you usually get an email from a publicist acknowledging receipt of a written piece. Sometimes, they give you a little feedback. The artist almost never contacts you directly. They have other things to do, namely creating more art.

Verlon personally called me and thanked me for the piece. The gesture speaks volumes about the kind of person Verlon Thompson is. This is a person who has made music with the very best talents in roots music and he gave me a personal phone call to compliment my writing.

Verlon’s generous and loving spirit comes through in our conversation on The Marinade. Check out verlonthompson.com for his upcoming tour dates and to buy his excellent records. And if you can make it to Spirit of the Suwannee Music Park in October, do so. Suwannee Roots Revival boasts an incredible lineup in the happiest place on Earth, including a Guy Clark tribute set by Verlon and fellow Clark collaborator Shawn Camp. Cheers, y’all.