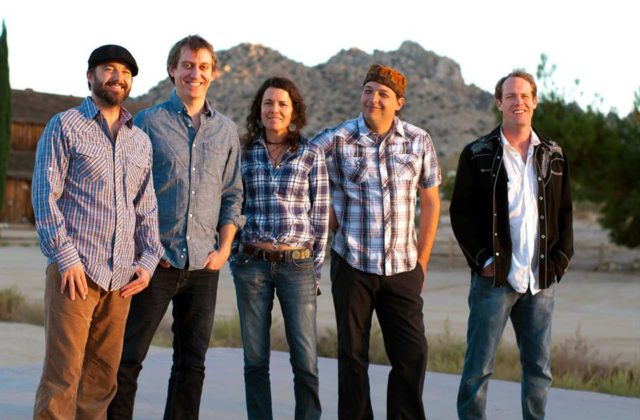 Some close friends asked if I wanted to see Robert Earl Keen at the legendary Ryman Auditorium in Nashville. We would fly in on a Wednesday, watch one of the great roots music performers at the original home of the Grand Old Opry that night, then jet home the next afternoon. I had an abundance of time and desire, so why not?

Before leaving I fired off an email to the great Verlon Thompson. The likes of Randy Travis, Kenny Rogers, and Keith Whitley have all recorded Thompson’s songs. He was the guitar player for the late, great Guy Clark for a number of years. My introduction to him was at Suwannee Roots Revival where he played one of my favorite sets of 2016- an intimate show in the round with the also great Jim Lauderdale.

My message requested that we sit down to speak before his set with Donna the Buffalo on New Year’s Eve Eve. As his reputation suggested he might, Thompson agreed. I read his response the morning I was due to fly back from that rare trip to Tennessee. My friends were flying back to Tampa, me to Orlando. Their flight left before mine so I walked with them to their gate to pass the time. We were there maybe five minutes before Verlon Thompson himself walked up to board the same flight.

I introduced myself and he immediately recognized who I was as we set about shooting the shit like old friends. He felt instantly relatable, a quality shared by most great songwriters. The truly special storytellers seem like good pals of ours even if we haven’t met them. We refer to them by their first names when discussing their work with other fans. “Yeah, Sturgill’s new record taps into something I didn’t even know I was feeling,” we might say to a fellow lover of A Sailor’s Guide to Earth. We follow the developments of their lives through the music.

A day later, Thompson stands on stage 700 miles from where we first met. Skipper’s Smokehouse looks like the property of your uncle who has a fishing boat, never married, and does not have time for society’s expectations. The kind of place where one might plop down a ranch-style house and host parties. A small dance floor sits in front of the stage. The seating is actually a bunch of picnic-style tables and a menagerie of chairs. Beers and food are still cash only.

Verlon Thompson is the main draw for me. But on this night, most folks are in attendance to hear the headliner. He is opening for Donna the Buffalo; they with the legion of obsessive fans who drive all over the country to hear Donna’s gumbo of rock, blues, folk, reagge, and zydeco.

Thompson knows this, which speaks to his humility and grace. He is the consummate professional and on this night is going to scratch his creative itch while also playing to the audience. The opening set will last an hour and include everything from a Levon Helm cover to Bob Dylan and Guy Clark, alongside one or two Verlon Thompson originals.

As he nears the end, the crowd is riding Thompson’s groove. In a rare happening, the opener comes back out for an encore. Donna’s passionate “Tribe,” as they are known, is ready for a party and Thompson is integral to that spark.
Donna the Buffalo’s fans are devoted. They are truly a family. A tall, gray-haired man with a mustache near the front of the stage is greeted like a celebrity by at least a dozen people during the first three songs.

He wears a stone-washed jean jacket with a patch reading “Herd ‘em?” stitched on the back.

Fellow members of the “Herd” dance up to each other and embrace. The wave of the groove is carrying the day.

So far all the band has played is Donna the Buffalo originals, until Verlon Thompson re-takes the stage mid-set. During one of his sets at Suwannee Roots Revival in October 2016, Thompson mentioned that he wanted to make a rock n’ roll record. He had recently turned sixty and felt like this was one last chance to turn up the volume. Based on what we witness on the Skipper’s stage, Thompson has more than enough rock left in him.

Donna’s usually mellow vibe gets cranked up as Thompson joins them for a few songs. The feeling builds to explosive heights as he again mixes covers with original tunes. “Bury Me in a Hillbilly Grave,” a haunting Thompson-penned tale about leaving home but never truly being removed from your roots, is the climax. It is a quintessential Verlon Thompson tune full of rock, country, and blues elements. The song is equally all of those things, and of course something entirely different altogether, a point he would elaborate on when we sat for a podcast later in the evening.

Backed by Donna the Buffalo, Thompson’s tunes lean more rock n’ roll, and so does Donna’s playing. It’s not a totally intuitive direction, another point he would elaborate on in our conversation. After five tunes, Thompson again, steps away and the groove resumes its trance over the Tribe. Going into a Donna show, you know you are gonna get a couple plus hours worth of enjoyment. Tonight is no different as the band continues for another forty minutes before making their way back out with Thompson for an encore.

Verlon Thompson seems a little more sentimental as he retakes the stage for the third time. The song of choice is “Old Friends,” a Guy Clark staple, and one ripe for a singalong. Thompson told me Donna the Buffalo did not know what he was going to play during the encore, but no one in attendance is the wiser. In typical fashion, Donna picks right up and makes the song a completely new creation.

Thompson reminds us that at the end of it all, when we are on our last few breaths, what we owned and lost will not matter.

What will matter is moments like this. Old friends on the eve of New Year’s Eve, dancing, hugging, being moved by beautiful music played by dedicated musicians.

It is 12:30 in the morning now, and people are shuffling out of the venue. Thompson and I have yet to chat, but he has agreed to make it happen once the dust settles on the evening. 700 miles of travel, hours of playing, and another town to get to the next day, yet this gentleman agrees to sit down and chat. After shaking some hands and exchanging a few hugs with friends and fans, Thompson engages me in a conversation about love, creativity, and friendship. We were there for a half an hour, but Verlon Thompson would have given me as much time as I wanted. As the conversation winds down, we pack up and begin to move toward the exit. Unfortunately, the gate is locked and there is no one around to remedy the situation. We try another exit to no avail, then another.

Finally I spot an emergency exit with one of those fire exit signs hanging over it at the back of the venue. It could be alarmed. It looks pretty alarmed. Thompson is not. He decisively shoves the door open and the warning siren wails.

Well, they shouldn’t have locked us in,“

he says walking away, guitar in hand, sauntering into the night.

You are not too old to rock, Verlon Thompson. As New Year’s Eve Eve showed, you are still hitting your stride.