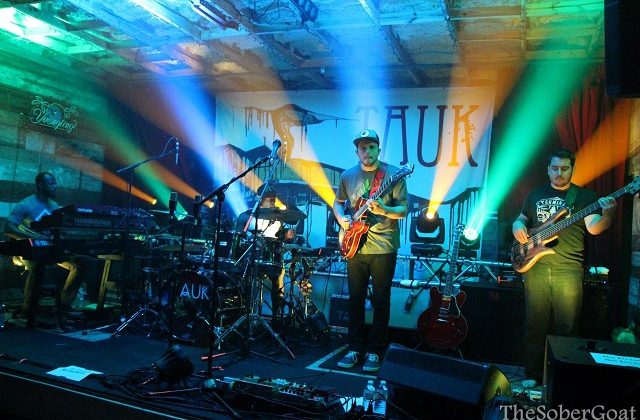 When I first heard the sounds of instrumental jamtronica band TAUK, the creative blend of funk, hip-hop, progressive rock, and jazz made me feel like I was smack dab in the peak of an Umphrey’s McGee jam. That alone was enough for me to take a liking to the Oyster Bay, New York-bred four-piece (guitarist Matt Jalbert, bassist Charlie Dolan, keyboardist/organist Alric “A.C.” Carter, and drummer Isaac Teel). Their fall tour has begun and they are ready to hit it big time. With their new album out, they have a bunch of new material to bring to life. This will be their most extensive headlining tour ever, trekking all over the country. So make sure you check the dates so you don’t miss out! This is gonna be one for the books, so to all you #sTAUKers out there, show the guys some love while they’re out on the road! 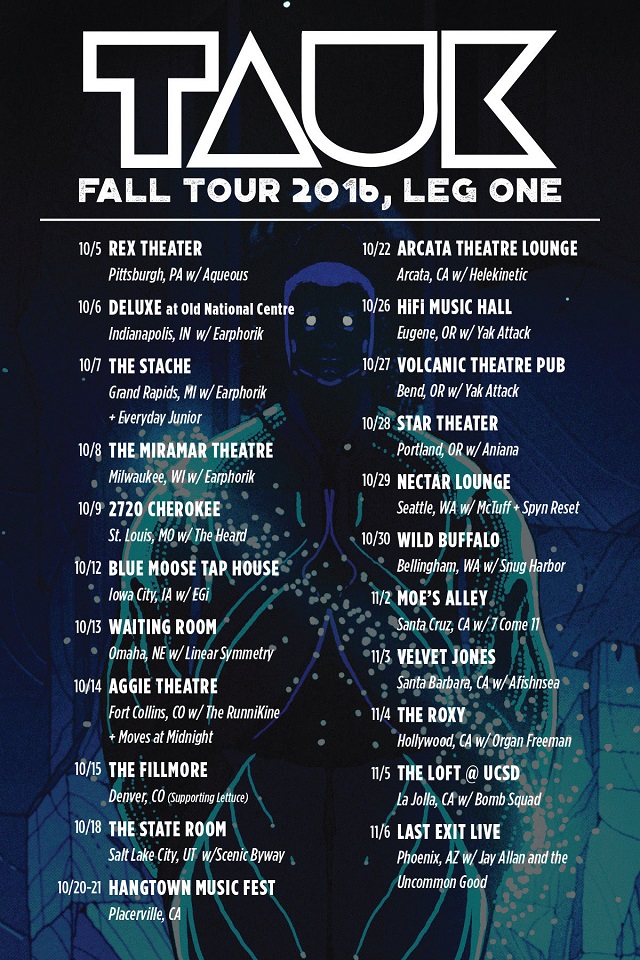 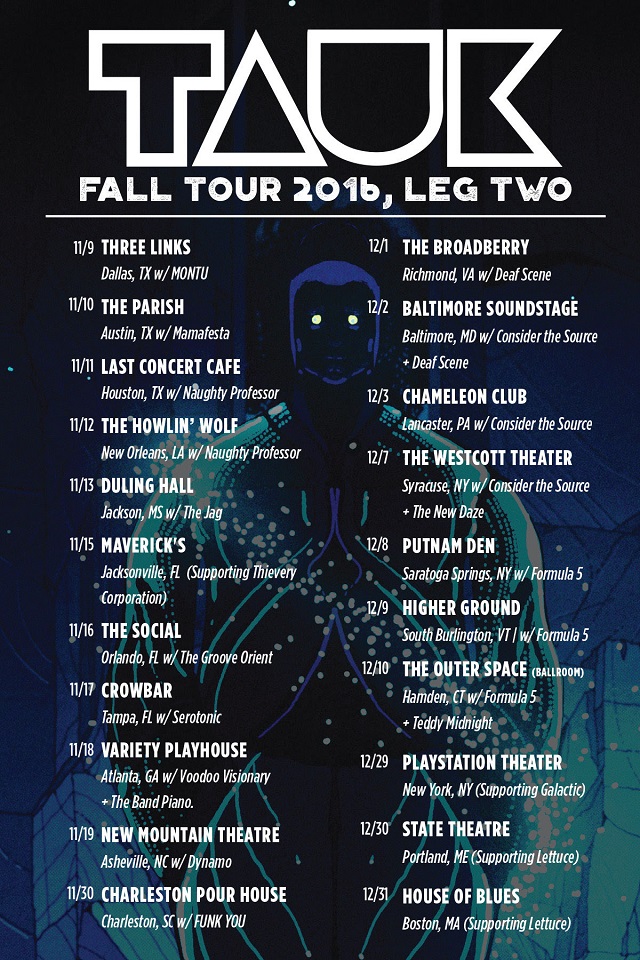 I followed TAUK last year when they played three consecutive nights in Florida at New Smyrna Beach, Orlando, and Tampa (check out The Sober Goat’s videos below). This time around, the band will hit up Maverick’s in Jacksonville on Tuesday, November 15 (supporting Thievery Corporation), followed by The Social in Orlando the next night (w/ The Groove Orient), then Crowbar in Tampa on November 17 (w/ Serotonic). While on tour, TAUK will also be sharing the stage with funk masters Lettuce and Galactic.

GET TICKETS TO TAUK IN JACKSONVILLE

GET TICKETS TO TAUK IN ORLANDO

GET TICKETS TO TAUK IN TAMPA

Last year, both TAUK and The Groove Orient were at The String Cheese Incident’s Halloween festival, Suwannee Hulaween. The Groove Orient returns to the festival this year backing the beautiful and talented Kaleigh Baker and will start things off Friday on the main stage! TGO and KB also recently played at Suwannee for Purple Hatter’s Ball, and the video below captures the last twelve minutes of their set which begins with Kaleigh’s soft and soulful vocals before transforming into some groovin’ funk rock.

TAUK has quickly made a name for themselves in the jam scene with their unique style. Sir Nebular is the band’s third album and it showcases their committed persistence to stick to that signature sound of severe funk, hypnotizing melodies, and edgy electronica, while also trying a few things differently like playing with sonic textures, ambient elements, and other small risks that allow the record to breathe freshly. TAUK has broken down walls, mashed genres, and thrilled spectators nationwide with their electrifying live performances and superb studio albums. Come see why TAUK is the TALK of the town!