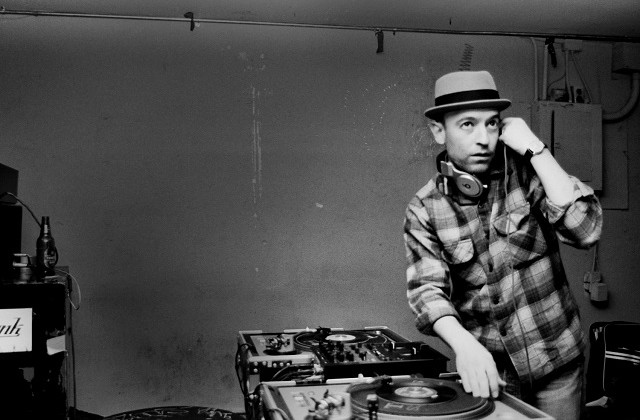 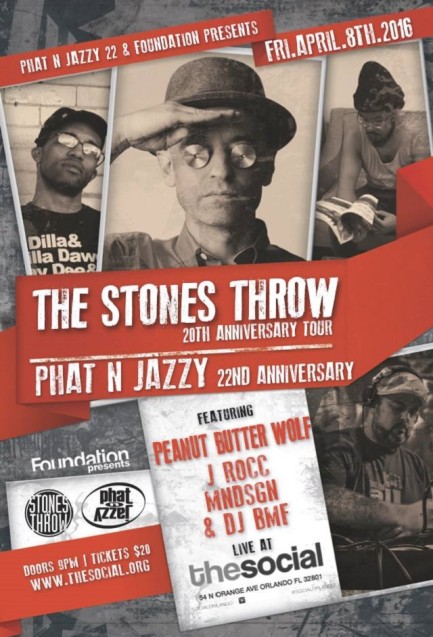 Chris Manak, better known by his stage name Peanut Butter Wolf, is the founder of Stones Throw Records. He got his start in the early 90’s as the DJ/producer for Charizma in San Jose, CA until December 1993 when Charizma lost his life at the age of 20. After taking a break from music, Wolf eventually started Stones Throw Records in 1996. Charizma’s posthumous “My World Premiere” was the single that launched the label. Manak took the name Peanut Butter Wolf in the late-80s when he realized that a girlfriend’s youngest brother feared the “peanut butter wolf monster” more than death itself. Lately, Peanut Butter Wolf has moved away from producing to help promote up-and-coming artists on his label and to travel the world as a DJ/VJ. Give a listen to his 1999 album “My Vinyl Weighs a Ton” which was his first solo release.

One of the original turntablists, J. Rocc founded the Beat Junkies in 1992 with Melo-D and Rhettmatic, but has done just as much on his own as in a group setting. He began DJing in the mid-’80s with a California group named PSK. Soon after forming, the Beat Junkies became a seminal force in the rise of instrumental hip-hop, including core member Babu plus future stars Shortkut and D-Styles. In addition to numerous mixtapes and his own production for Stones Throw releases, J. Rocc has been the DJ for Madlib’s live shows since the early 2000’s, was the 3rd member of Jaylib (Madlib & J Dilla) during the group’s live events, and collaborated with Madlib on Beat Konducta Vol. 5-6: A Tribute to J Dilla. Check out the track “Chasing the Sun” from his first album Some Cold Rock Stuf, released in 2011.

Mndsgn is pronounced mind design. The law calls him Ringgo. Ringgo Ancheta is an anomaly among hip-hop producers — not raised in the suburbs on a steady diet of video games and hip-hop, but in the forest like a beast. He describes one of his earliest excursions of his own into the modern world when he hitchhiked to Philadelphia. “The first guy I met on the street introduced me to the world of music and beat making. Within a day, I was making my own beats on his sampler.” He now resides in Los Angeles and works with Stones Throw Records, who will release his debut album Yawn Zen in 2014. Check out the tracks “Homewards” & “Camelblues” from the album.

Orlando’s own DJ BMF will also be in attendance at the show to help celebrate. He is a resident DJ at Orlando’s longest running club night Phat-N-Jazzy. He has produced and remixed for various labels including Eighth Dimension, New Breed, Mephisto, Shadow & Internal Bass UK. Check out his track “Trippin’.”

Want to WIN 2 Tickets to see G. Love & Special Sauce on Thursday, April 7, 2016 at The Social in Orlando?! There are several ways to enter!*

STEP 1: Complete one of the tasks below*
STEP 2: Fill out the entry form

3. Add ‘Showsigoto’ on Snapchat (Easy Instructions Here) and Snap Message us a screenshot of this giveaway (Bonus Points for sharing this giveaway on your Snap Story).