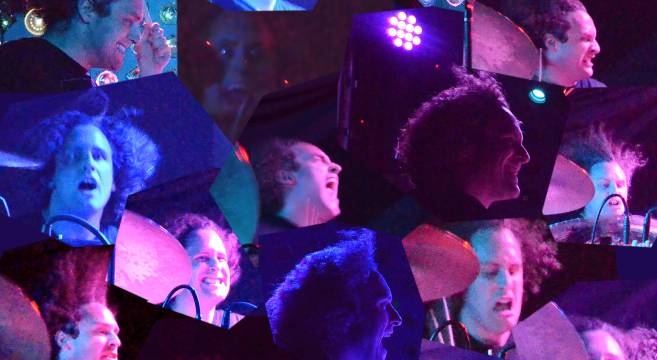 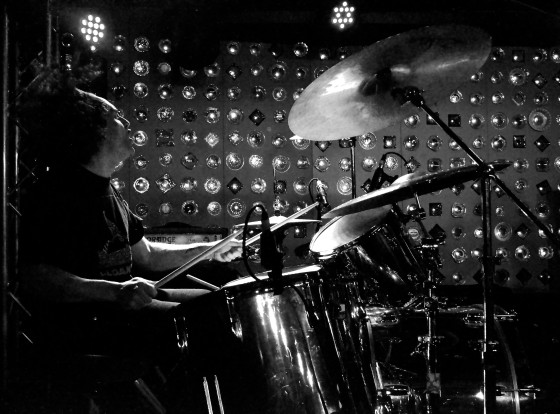 Aside from them I had never heard of the opening bands, but that is just how I like it. I’m all about discovering new bands. I love getting taken in the currents of Spotify’s ‘Related Artist’ tab. Also, I enjoy passing on wonderful music to the ears of the worthy.

I arrived to the venue a little late as I was enjoying a delicious grilled cheese with bacon sandwich and several Jamesons with a hint of Ginger Ale in the restaurant part of the building. Upon hitting the double doors to where the stage is, I saw a dude sporting a Tim Armstrong-esque studded jacket a sailor hat, and to complete the outfit he had a Flavor Flav style golden necklace minus the clock. Turns out this character was the guitarist and singer for one of the opening bands. Next to him was the standard bass and drums. However, stage right there was a xylophone. That’s right a XYLOPHONE! What kind of crazy shit is about to go down?!

Fitting, as it would be Jersey City’s Crazy & The Brains. An anti-folk, garage, punk band with an impressive xylophonist. Looking like Tim Armstrong’s crazy eyed little brother, the singer proclaimed lyrics like, “King Kong, I’m The One!” and “I Want Your Ice Cream!” Sounding like another punk, Armstrong’s (Green Day) band, Foxboro Hot Tubs, this neo-garage band set the tone. Everyone enjoyed them, and they even had a group of ladies at the front of the stage singing along to their tunes. Sounding a lot like punk of yesteryear and the Jameson kicking in, it seemed like I was at a ’70s punk show. Very enjoyable. 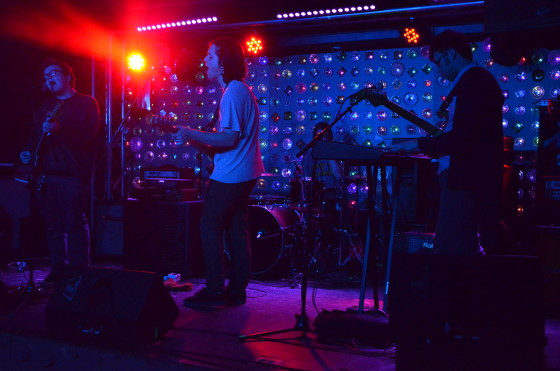 Runaway Brother from Ohio was next and they announced that this was their first NYC city show. Well fellas, “Welcome To New York!” Their set colored me impressed with their ’90s emo and alternative-influenced tunes. Fitting right in with peers such as, Midwest Signals and The Hotelier. All the while channeling the likes of Pavement and Dinosaur Jr. I was instantly a fan. I’m pleased to find out that they will be playing with fellow emo-revivalists, Dads, starting mid February until the end of the month. Do yourself a favor and check them out when they come to a city near you.

Much like my first encounter with Slingshot Dakota, the sequel was magical. This duo is powerful. Singer and keyboardist, Carly Comando, and drummer, Tom Patterson, are actually married, and their chemistry on stage is captivating. Carly with her sweet pop melodies and Tom with his beautifully violent crashing drums. Not to take anything away from her, she is incredibly talent on the keys and vocal chords, but he puts on a clinic during their set. He also has some of the best drum faces I have ever seen. Quite legendary: 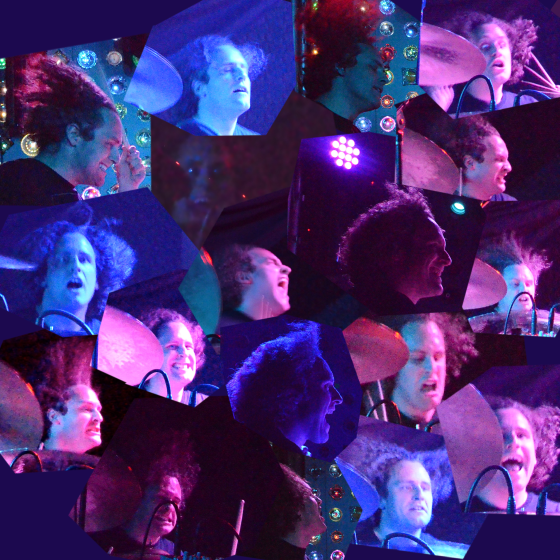 Their music sounds similar to Matt and Kim’s or Rainer Maria’s but with bombs and shrapnel blasts happening behind the kit. Something that has to be seen to be believed. Carly commented during the set that there were a lot of beautiful girls in attendance (which their were but there were a lot of bearded men in attendance singing along to her every word, myself included).

They began their set with the driving “May Day” which showcases their lyrical abilities. “We’re waiting for our next mistake, We’re living our days half alive.” chanting in between verses “ohhhh ohhhh ohhhh, ohhh ohhhhh ohhhhhh.” The song ending with “And all this waiting it keeps on weighting down on me. So lets start moving, so we don’t miss out on.” With all the lights going off sporadically.

Another favorite “Gossip” begins with “Day in and day out it’s another stupid headline. Another gossip story I don’t care about. We’re running our mouths so much we can barely breathe.“ That song ends with a barrage of drum blasts and intricate keys.  My favorite performance of the night was the passionate “Cassette.” I believe Carly dedicated the track to her sister before the amazing performance. The song builds and builds beautifully and after the lyrics “So it doesn’t really matter much to me…,” everything explodes as Carly proclaims “Except when I think about your broken heart!” Which then sends the song crashing into a frenzy of fiery keys and drums. It was breathtaking. I’m looking forward to seeing them again. 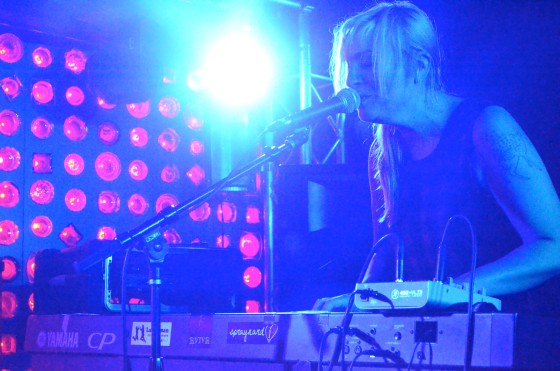