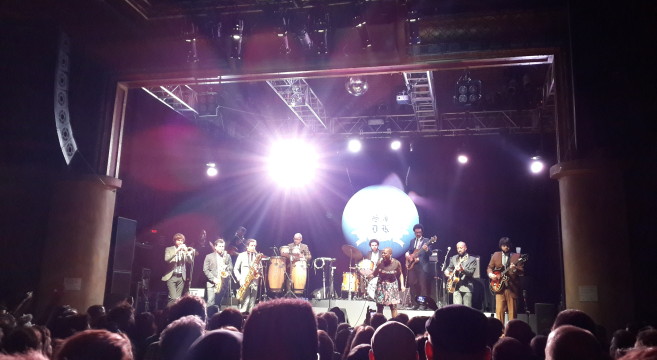 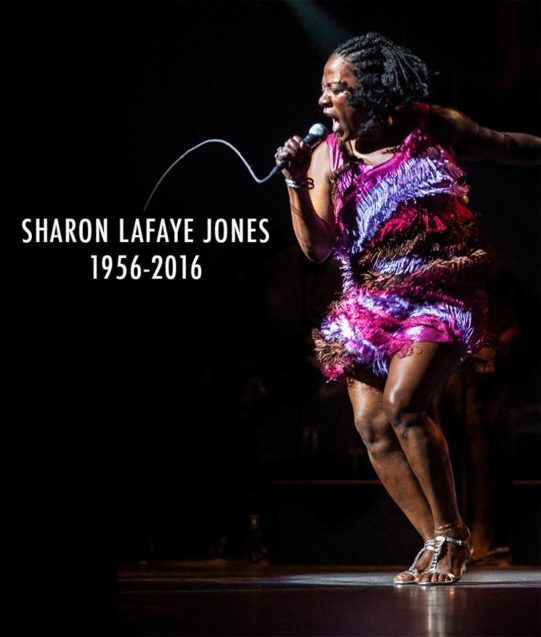 It stands to reason you haven’t heard Word One about Sharon Jones or her Dap-Kings. And, if her name doesn’t ring any bells, you also don’t know about how she essentially got her start singing with some accomplished musicians, doing some gigs with that smiley horn blower of a performer, Mr. Maceo Parker himself. It wasn’t supposed to be much more than that—a few shows needed someone of her caliber to make them shine—but what started grew and grew until, well, people wanted more. So an album was made, then another followed it. They started calling Sharon Jones a female version of James Brown, all moves and soul and dancing feet.

If you’ve frequented even the smallest amount of music rags and sites over the past year or so, you may have caught wind of Sharon Jones having contracted cancer. That’s true. That did happen. She remained pretty upbeat throughout it and, when she was scheduling dates for her tour, she even let on that the cancer wasn’t gone yet, and that she was pretty tired, too. Everyone banked on her getting rid of it. They latched onto her positivity and, when she let everyone know her cancer was gone, it was time for a proper celebration. It’s too long a headline to slap on this review but something along the lines of “SHARON JONES BEAT CANCER AND CAME TO ORLANDO TO SING AND DANCE FOR US AT THE BEACHAM” pretty much sums things up. 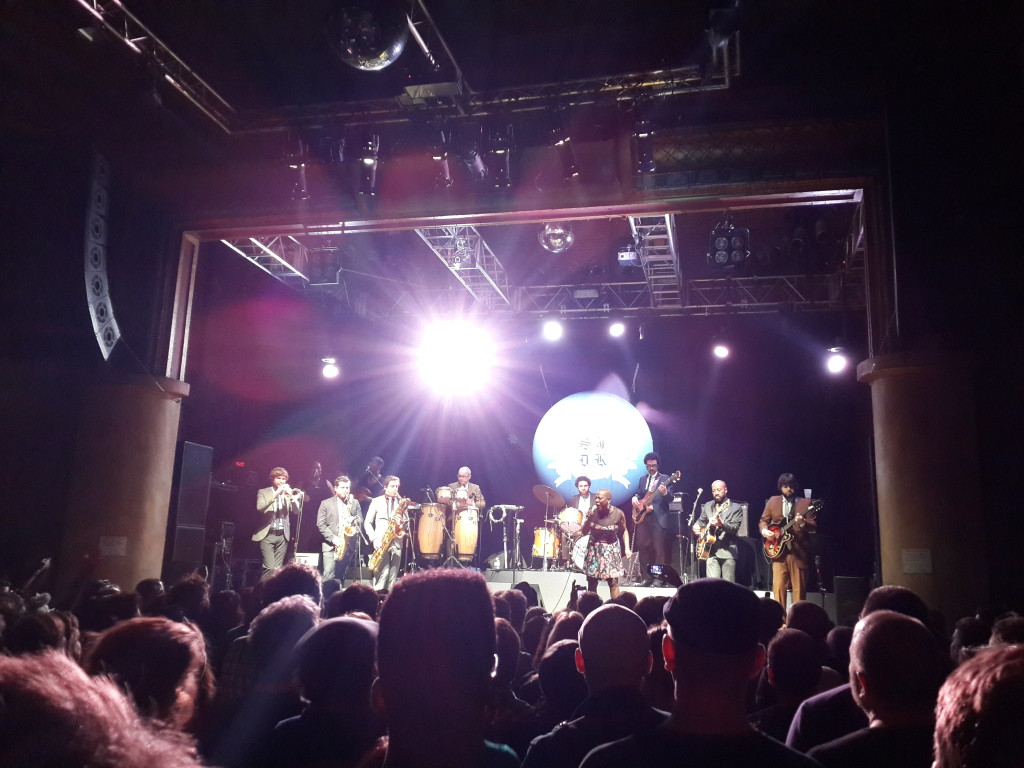 Now, every show she offers is already a celebration but this one, this one stood out. Already one who gives 105% as an artist, she was somehow giving more. Her hair’s completely gone, but her spirit is strong. With 11-12 stoic musicians surrounding her, all horns and drums and guitars, she came on, guns a-blazing, ready to put on a show that’ll stick in everyone’s head a good long time. She sang the new stuff, the not-so new stuff, even a cover or two (to hear the lot of them charging through “I Heard It Through The Grapevine” was all kinds of glorious). And she never, ever stopped. She was supercharged. She is.

It doesn’t do her any kind of disservice to compare her to The Godfather of Soul, not at all, but that doesn’t need to happen, either. What Sharon Jones brings to the table is all her own. She’s not trying to be anybody but herself, which is more than enough. When she gives, she gives so much more than most bands and singers playing today. She may be 57 years young, but she moves more than those much younger than she. And when she sings? You must dance and sing and move along with her. Those are the requirements.

Almost on accident (and after a slice or two of pizza), we were on our way back to the car when we walked right into Sharon Jones. And she was beaming. That was not expected. (Well, the beaming was.) We tripped over our words and praises a while, before she sorta cut us off at the pass.

“Go on and pull out your camera already,” she said. “You know you want to.”

I did want to. And I did pull out my camera. And we got a photo I’ll cherish for a good long time. Thank you, Sharon. For the performance, for the picture and for the music. 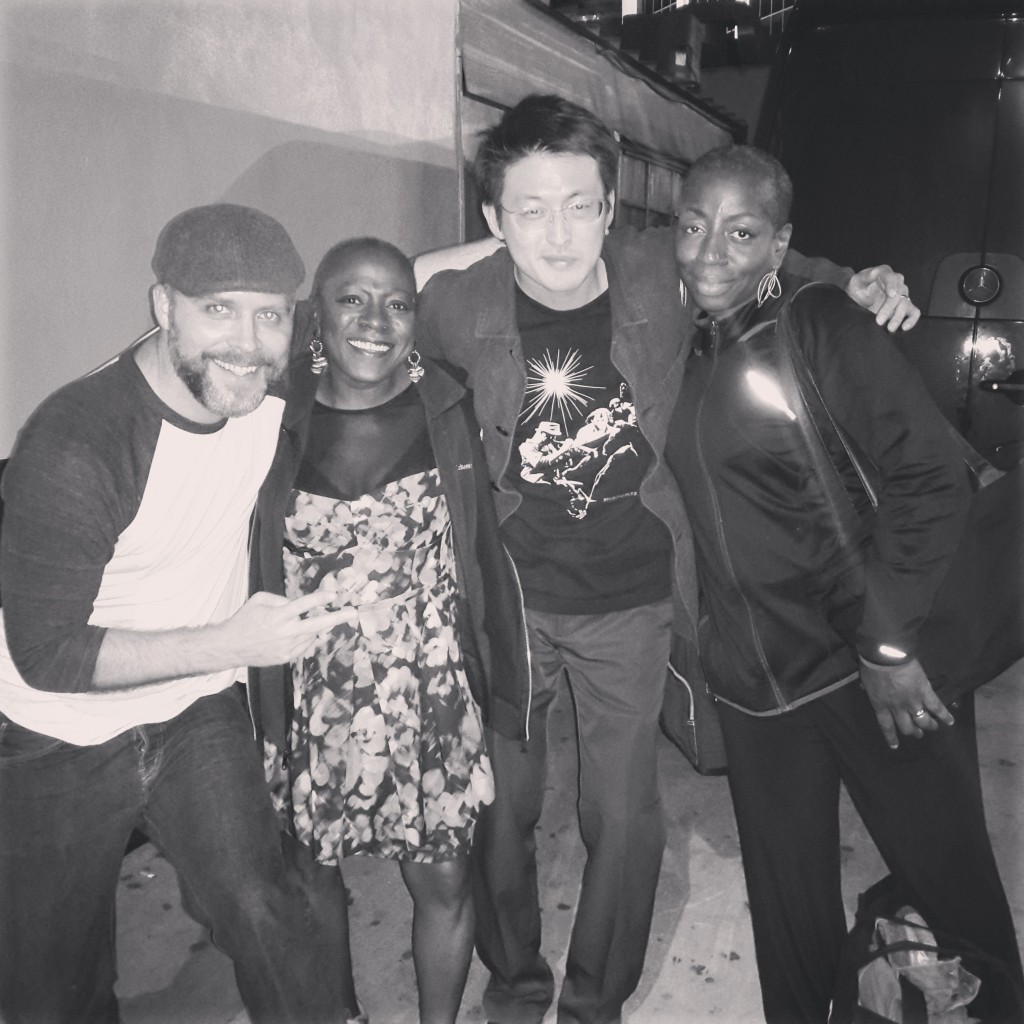