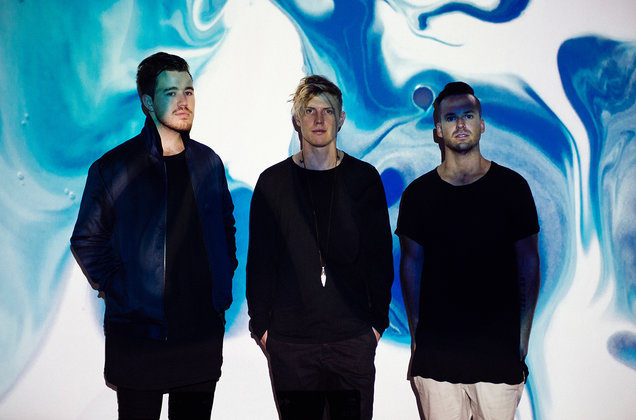 Mid-June in Orlando, Florida can only mean one thing … IT’S HOT!

It’s hot outside, but it is even hotter inside The Plaza Live Orlando because Touch Sensitive, Elderbrook, and RUFUS DU SOL are in town to bring the heat. I’ve been super pumped for this show for months now, I can’t believe its finally here! The Plaza Live is an awesome venue for music. Great sound and awesome alcohol selections make for a rad experience while watching your favorite band. The raked stage is a huge bonus, as it makes the space in the back feel just as good as the front row.

Opening the show is Australian-based, Touch Sensitive, and London-based DJ, Elderbrook. Elderbrook is definitely one to watch. He received a Grammy nomination this year for Best Dance Recording for his global smash, “Cola.” The track catapulted him from the underground scene and onto charts all over the world.

Elderbrook wiggles and shimmies around the stage while getting super close to his microphone stand. His fun, bubbly personality make for a great time as he interacts with the crowd. My favorite moment comes when the bass drops in his hit song, “How Many Times.” Elderbrook at The Plaza Live in Orlando, FL 2018 | Photo by Spencer Storch

A sold out show usually indicates the locals know this alternative dance group from Sydney, Australia is on the rise.

RUFUS DU SOL consists of Tyrone Lindqvist, Jon George, and James Hunt. They sound like a traditional DJ on their albums, but a live listen reveals, they are a three-piece jamtronica band. They play drums, vocals and keys over a track, sometimes stretching songs to include drum solos and other fun improvisational moments. This gives the music way more life!

The team walks out on stage to a roaring crowd. Barely able to hear myself think, the screams fade into music as the show begins! Just a moment or two in and they play their big hit, “Like An Animal.”  The crowd goes nuts! They obviously “still have love for you!“

The room is boiling with excitement and body heat, but the fans brought their own fold-able fans, and man, did that make all the difference. These guys know how to bring it. Not only does the live performance sound just as good as the album, they are adding all kinds of special bridges and extended drops which are peak!

We dance and groove to the sweet sounds of “Brighter,” “Tell Me,” and “Be With You,” all in the first half of the show! The music sounds so good, with clear bass lines and balance between instruments. The most impressive is Tyrone Lindqvist’s voice. His vocals and calm demeanor are so relaxing amidst the intense dance music. Clean and true, his voice leads the way for everyone to have a sexy, good time. The night has so many good moments, but one of my favorites has to be the build up and drop before the last chorus of “Until the Sun Needs to Rise.” Simply breathtaking.

RUFUS DU SOL is something special. Take time out of your busy schedule to support these amazing acts!