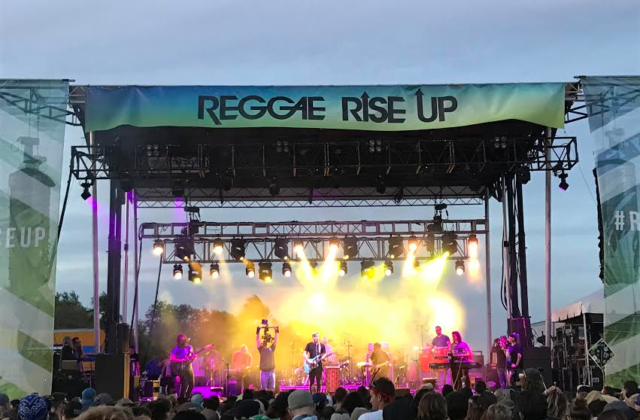 Packed up and ready to go, I started my journey from Orlando to the west coast of Florida on a beautiful Saturday morning. Heading to Vinoy Park located on the East Coast of the peninsula, I parked not far from the venue and joined my buddy Travis as we began to map out our day. After a brief walk to the park, we had arrived at the 2017 Reggae Rise Up Music Festival! As the crowds flowed into the wondrous space, people didn’t waste any time picking up the community volleyballs and beginning games with new friends. People also made time to go over to the waterfront where they could lounge on the seawall next to the large stand up words “Reggae Rise Up” & “Bless” — a great photo opportunity. There were also some brave boaters out on the choppy waters watching the festivities. 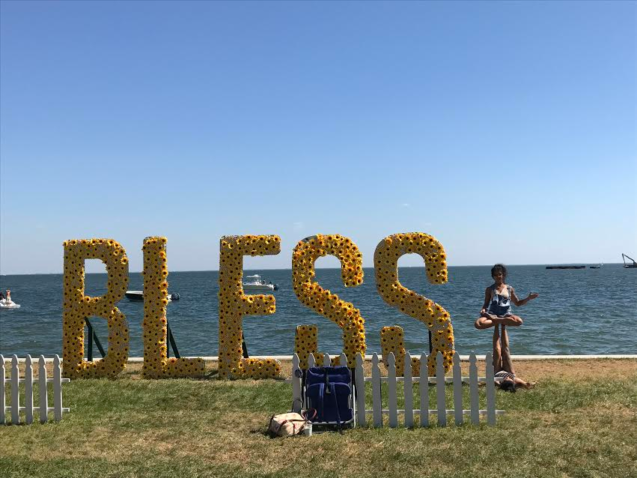 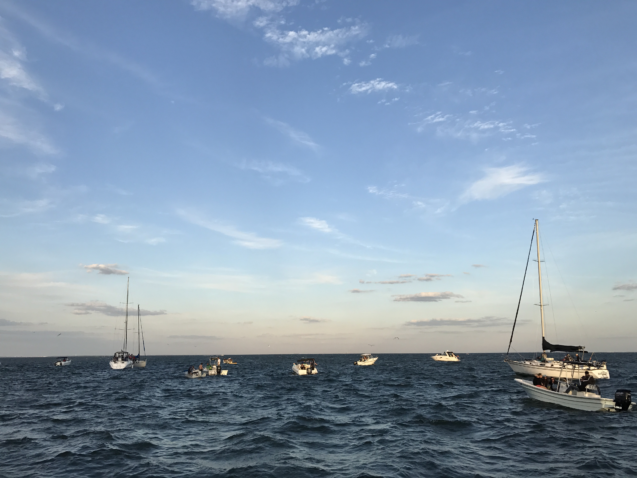 With the smell of hot food in the air and a cold beer in hand, we were off to see Of Good Nature who got things started. Beach sounds filled the air and things were shaping up to be a great day. That is until we made it to the second band… the production crew was having trouble staying on time with soundcheck. It wasn’t clear exactly what the hold up was, but after a 25 minute delay, Oceanstone finally got going, and man were they worth the wait. The punching bass and soaring guitar made this band from Indian Rocks Beach, FL a band not to miss in the future. The next music we caught was The Movement, who got started right on time with some fast paced and passionate tunes. The Columbia, South Carolina natives provided the days first wow moments with heavy synth from the keys and a drum portion that led us to their hit song, “Habit.” I can’t wait to see them again! The Movement’s drummer, Gary Dread, is an Orlando resident (and DJ!) so there was some extra Florida love around for them.

So at this point we still have a bunch of music to see but have to sacrifice just a little bit of time to check into our hotel room and be fully prepared for the evening. We left the festival (re-entry until 5pm) with plenty of time to get back in, which we did. We accomplished our goals and came back to the festival ready to tackle Protoje… but so did everyone else. This is where the festival got a little bogged down. We got inside and there were people everywhere! What felt like spacious green pastures in the early afternoon were now thick with people dancing and singing along to the music, but most of all I saw people waiting in line. Long lines for both food and beer. Now I want it to be known that the festival was well organized with large spaces and looked great. You could tell that the staff was working hard and communicating well, and if you were not there to drink alcohol you wouldn’t have noticed this difficulty, but the lines for the beer and liquor topped 45 minutes and that’s a problem. By the third beer, we were planning which beer line to stand in so we could catch the band that played at the nearby stage. “If standing in long lines for beer is your only problem, then we did pretty good!” is what this reporter was told by festival staff. And honestly, if that was the only problem then I could see people getting over it. But when long beer lines are bundled with large chunks of time with no music from either stage and a lack of any shade erected for the sellout crowd, you start to wonder if the venue bit off slightly more than they could chew…. But enough about that, let’s get back to the music!

The Hip Abduction
Good: They played longer songs featuring solos from multiple musicians. Played multiple styles of music: funk, jazz, and house.
Great: Perfectly mixed by the sound guy, lights were coming on while the sun was setting, amazing!
The Turning Point: THA covered “Sexual Healing” by Marvin Gaye, but they did it with a tropical house style you would hear from an artist like Kygo. 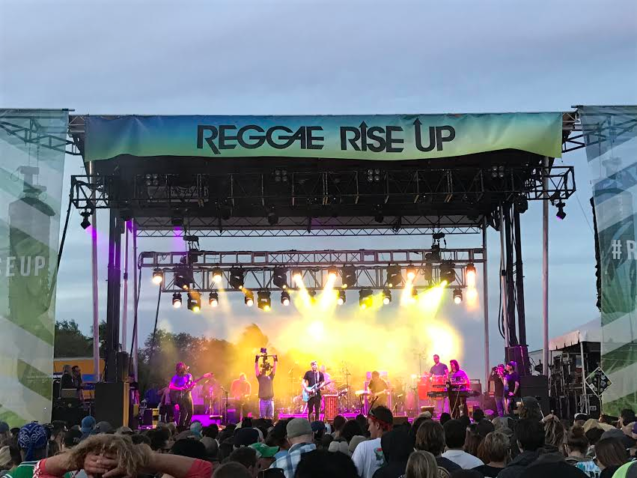 The Hip Abduction at Reggae Rise Up 2017 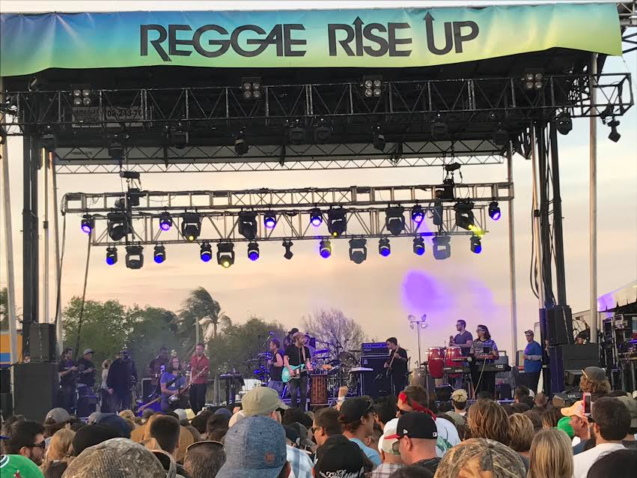 The Hip Abduction at Reggae Rise Up 2017

The Expanders
Good: I chose the right line to stand in for beer, these guys were great!
Great: Their bass lines had me dancing the whole time I watched them.
The Turning Point: After a great set they spoke out for all people to love one another, and to help put an end to discrimination.

Slightly Stoopid
Good: Sounded sweet, got started right on time.
Great: The lighting was well done and the horn section was awesome.
The Turning Point: They played hit after hit from years past that brought my friend Travis and I back down memory lane. It was a great end to a rocky evening. We went back to the hotel as happy campers.

Okay, so we wake up and I’m sunburnt to a crisp and my buddy has a wicked hangover. My friend Richie (The Sober Goat) was on his way to St. Pete from Orlando, so we spend some much needed recovery time in the hotel waiting for his arrival. In addition, we weren’t anxious to spend so many hours out in the park waiting in line today, so we are a bit timid when it comes to rallying to the show so early. Nevertheless, Richie arrived and we head over to Vinoy Park a few blocks away. As we walk up, I expected the same thing I saw yesterday: lots of people and long lines. However, we found the place to be less populated. Based on some Facebook reviews I read, the missing patrons didn’t want to “fight the crowd” again today. Perhaps at weekend city fests like these, Saturday naturally draws a larger crowd, as does Slightly Stoopid probably. Whatever the case may be, this was great news for anyone who made it out on Sunday, they got the festival they were looking for: awesome weather, great music, and amazing times with friends new and old! 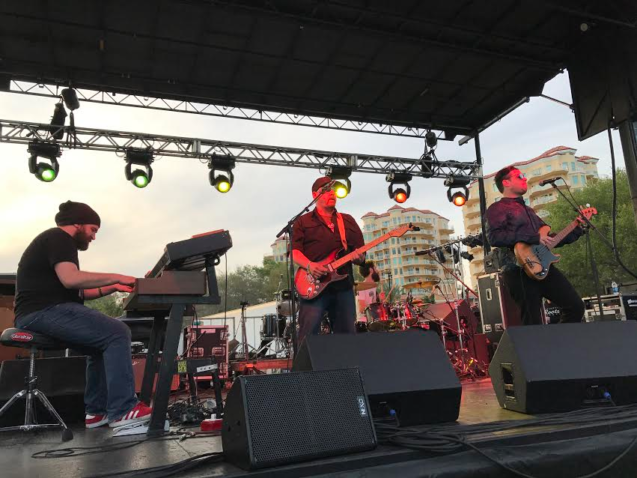 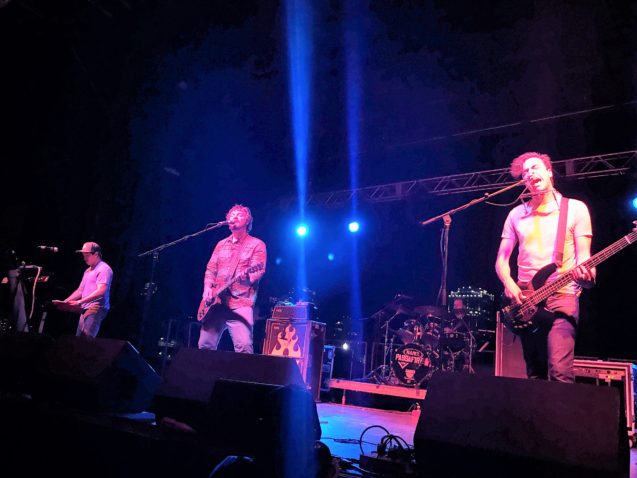 Passafire at Reggae Rise Up 2017 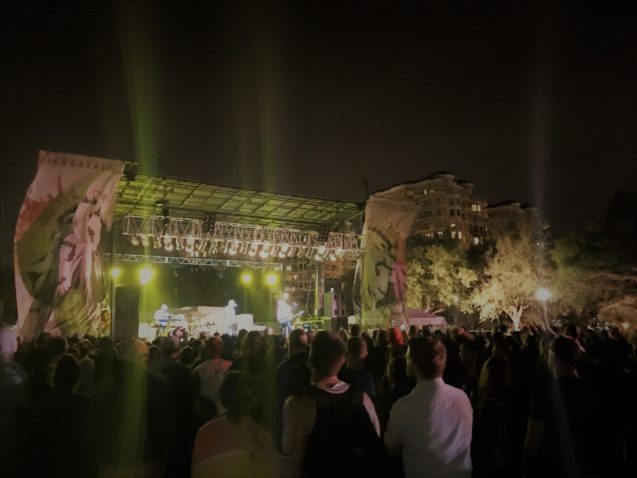 Passafire at Reggae Rise Up 2017

On Sunday, we saw the likes of Leilani Wolfgramm, The Green, Giant Panda Guerrilla Dub Squad, Steel Pulse, Passafire and Dirty Heads. GPGDS and Passafire killed it and proved even more why there are some of our favorite reggae artists. I had never seen Dirty Heads before and I had never heard a hip-hop style reggae band before, and I was impressed. The crowd was loving every minute of the music, singing lyrics loud and proud, participating with the artists and showing their enthusiasm at every opportunity. I was tired, and baked, and ready to go to bed, but I couldn’t stop smiling after the music was over. What a great time had by all.

Check out all of The Sober Goat’s posts on Instagram and the Periscope live streams!