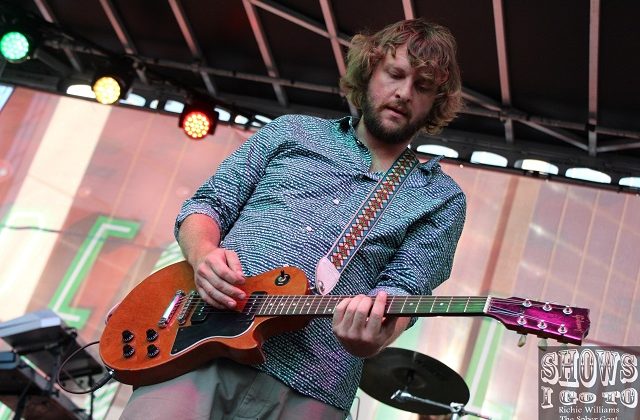 It had been several years since I attended an all day and night music festival. This is largely due to the lack of festivals that have lineups I can enjoy for an entire event (I quit attending for the sake of seeing an individual band or artist long ago), and the insufferable conditions present at most of them. In my experience, they’re overcrowded and usually don’t have sufficient amenities to prevent the event from becoming a cesspool of human filth. This, combined with price-gauging costs of food, water and alcohol lead to my being irritable and outright miserable during the frequently sweaty and smelly events I’ve experienced.

Not this festival. Reggae on the Block 3 was the best full day of music I’ve had the privilege of soaking up in a long, long minute. Here’s some of the highlights of my journey. 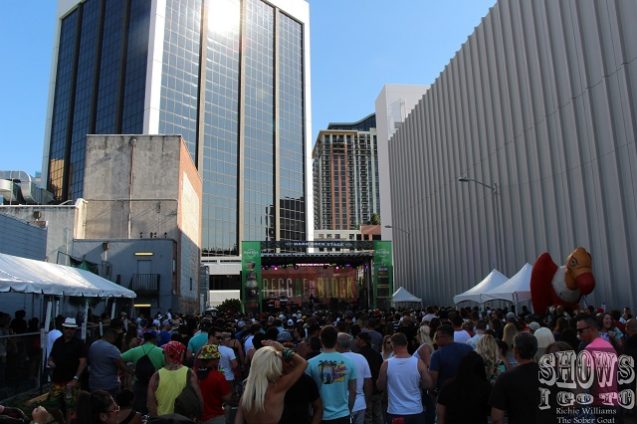 Right after I arrived, my boi Gary Dread’s band The Movement sparked their set.  (BIG UP to the Movement! At the time of the show, their album Golden was #1 on the Billboard Reggae charts!)  Their set was a great start to my musical day. Great vibes mixing reggae and a bit of modern rock that kept the crowd moving, having fun, and setting the tone for the remainder of the block party. 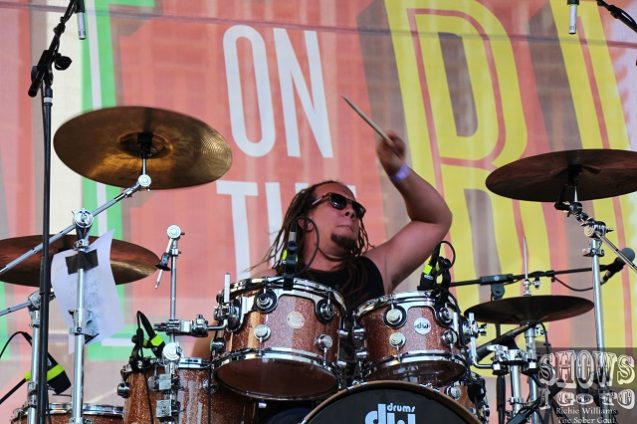 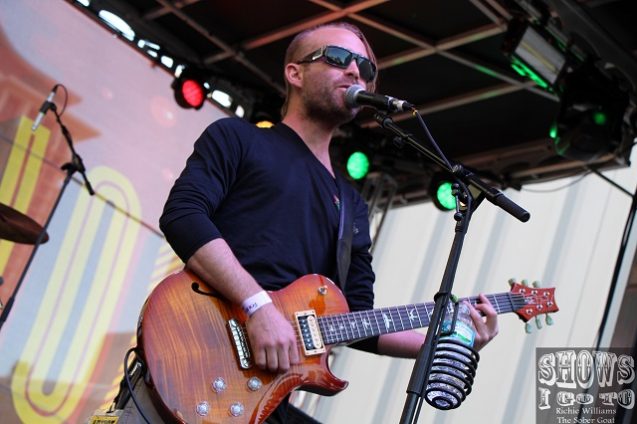 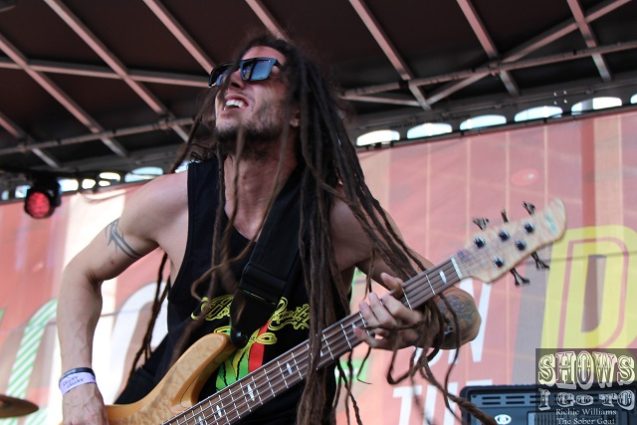 To keep the day flowing and the sizeable crowd engaged, they were smart enough to run two alternating stages. One each on opposite sides of the normally open-to-traffic section of Washington near Orange Ave and the adjacent parking lots (one of which was behind event sponsors The Social and The Beacham). As soon as one band wrapped up their set — within minutes, sometimes seconds — the other stage held the next artist who immediately began their set. It helps a lot to get through 8+ hours of live music to not have massive breaks where everyone’s waiting for the next band to play. It totally drains all of the energy and adrenaline when it happens. 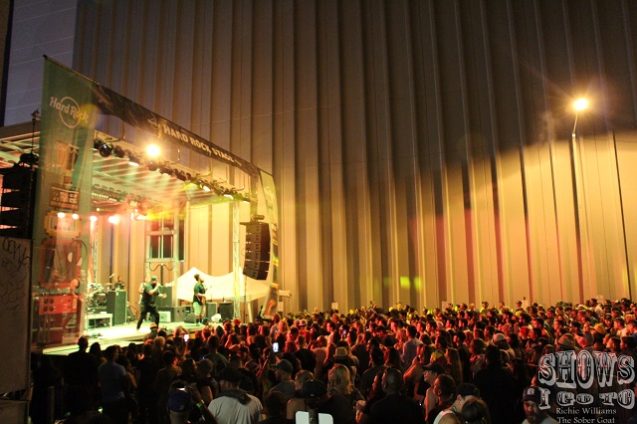 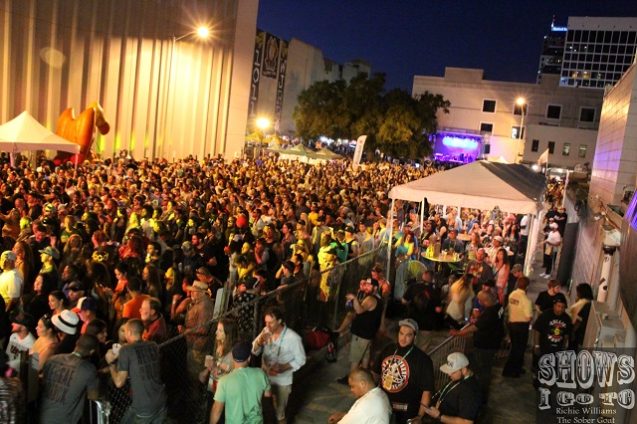 Admittedly, I hadn’t listened to Common Kings before that day. (Being exposed to new bands was one of the big reasons I wanted to attend). These guys threw down with the heavy! It caught me off guard in a really good way. Another really great thing about the day was that while it was a reggae festival, the diversity inside the label of “reggae” was quite observable and, frankly, pleasant as a concert-goer.  Yeah, it was all reggae, but the different ways reggae can be mixed with other genres and presented in wholly unequivocal perspectives might surprise a lot of folks. Common Kings brought a lot of modern rock to the table, a very powerful and hard-rocking performance. But just when they’d be doing that, they’d turn the corner and bring the traditional reggae vibe with pleasant vocal cadences back in the mix. Energy levels were high for this one through the crowd. 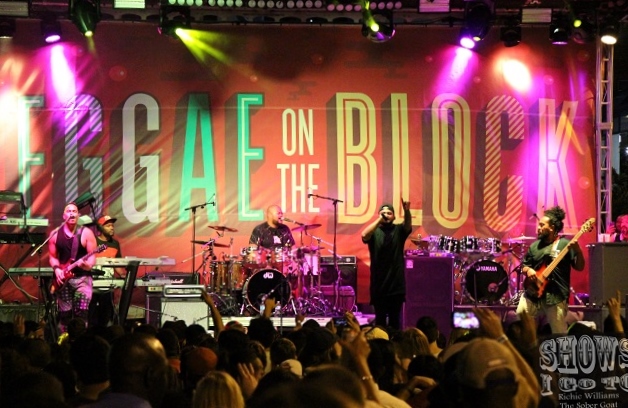 Speaking of the crowd: some credit is due here. Typically, one of the most obnoxious things about these types of events are the people you’re sharing your space with. A lot of time they’re drunk and intoxicated in various ways, which usually leads to a lot of fighting, security taking people out, drama, etc. Not this crowd. Now, it was a reggae festival, so of course there were certain things being smoked by most of the audience. But I gotta say, even though alcohol was sold all day, I didn’t see one fight. Not once. This complete lack of drama was awesome in and of itself. 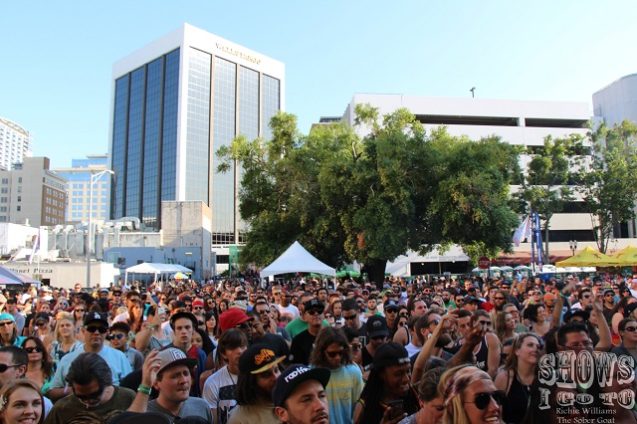 Chronixx had the whole crowd vibing with them from the first chord. Bouncing. A lot of bouncing. Incredible roots-reggae presentation with a vocal style that is very much traditional while simultaneously being under the direct influence of hip-hop. Their performance might have been to the overall largest single crowd that any one band had that day. And deservedly so. They were phenomenal. Everyone was dancing. The highlight of their set for me was the song “Here Comes Trouble.” If you haven’t heard it before, give it a listen and thank me later. 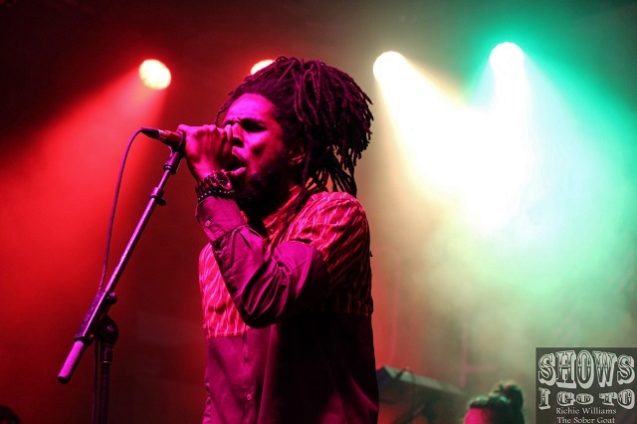 One of the main motivations for me to attend was to finally see Collie Buddz live. I’d been wanting to see him for several years now and was curious about how his material would translate live, and if he could actually sing as well as he does on his records. (Anyone that knows me knows that I’m a harsh critic, and I’m not really sorry about it.) While I would normally consider him to be more of a hip-hop reggae artist, I was pleasantly surprised that he had a full ensemble band, including a female vocalist, backing him up. Non-disappointingly, his voice was silk the whole show.  The band played live interpretations of his songs, many of which are again, studio written borderline hip-hop tracks. A lot of hip-hip artists try to bridge the gap to real life band performance and fall flat on their face. Not Collie. He slayed it. And the crowd was of course totally behind him. Some highlights of his set for me were “Gimmie Love,” “Blind to You,” and of course “Come Around.”  If you’ve never heard it, check it:

The main event for me that day was Passafire. I’m biased, because I’ve seen them several times in the last couple years and they’ve quickly become on of my favorite modern bands. As I previously mentioned, the music of the day was reggae-centric, but it drew from a lot of other genres as well. Passafire is best described as a progressive reggae indie band. Maybe you’re asking yourself: “What the crap is that supposed to even mean?” Well if you’re not familiar with their music, you don’t know that they interweave experimental and progressive rock sounds, rhythms, and arrangements with a reggae derivative spun around an indie rock aesthetic. “Start From Scratch” was laid down live with a thick-bass-driven performance.  Here’s the studio version:

Their song “Kiss My Head” probably sheds a little light on their unique place in the reggae spectrum. An unavoidable dance groove that bursts out with talk-box synth and still somehow resolves to a proper ragga riddim. While they were playing it, the crowd was totally losing their minds. I was a little surprised (in a good way) when most of the audience started singing along. I’ve seen them play downtown street-filled crowds before, but this crowd knew their music. It made me happy to see that many other people in Orlando vibing them.

Passafire has a pretty solid catalogue at this point. I would suggest checking out their albums Vines and Start From Scratch to get exposed to the awesomeness that is this band. Been lucky to hang out with these guys a couple of times too. Super down to earth guys who are all about talking to their fans, and I can’t give em enough props. 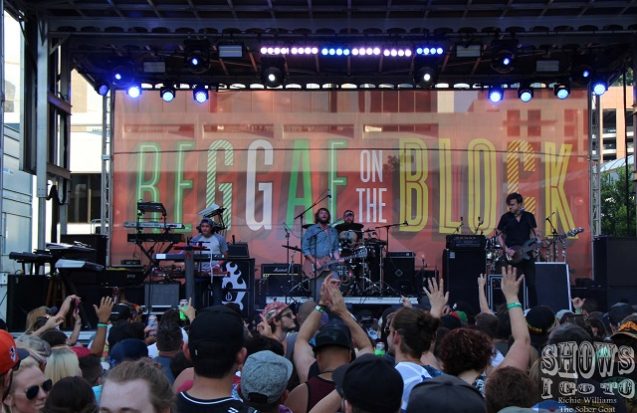 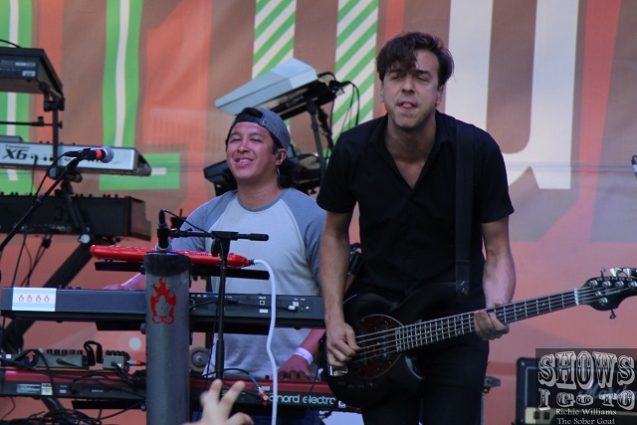 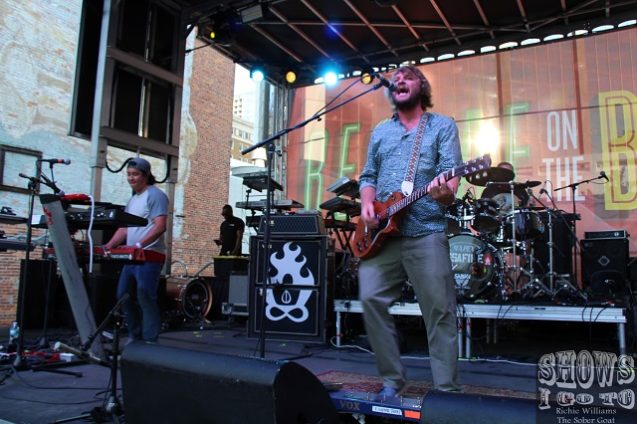 By the end of the evening, I was thoroughly exhausted after having been on my feet for over 8 straight hours. But thanks to an abundance of port-a-potties, reasonably priced drinks, and food from co-sponsor Hard Rock Live, I never once got tired or noticed that I had been standing all day. As a good friend of mine would say, “it was the most fun.” Overall Reggae on the Block 3 restored my faith in festivals and the elements of humanity associated with them. I can’t wait for the next one.

Check out this nice highlight video, courtesy of The Sober Goat!