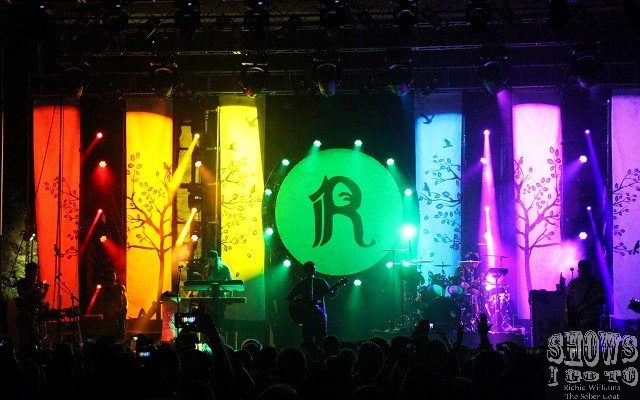 Rebelution hosted a funky reggae party on the water’s edge of Vinoy Park in St. Petersburg, Florida on a beautiful Saturday in the Summer of ’16. The tour was in support of their new album, Falling Into Place, released on June 3rd. This is their first release since 2014’s Count Me In. The “Falling Into Place Tour” just so happened to kick-off at Red Rocks in Morrison, Colorado also on June 3rd.

True story … I just returned from a 6-day trip to Denver for July 4th weekend, which included my first two shows at Red Rocks for two nights of Umphrey’s McGee … oh, and I proposed to my wonderful girlfriend at Red Rocks and she said yes!!! Why am I mentioning this in this review? Because we met at a Rebelution show at House of Blues Orlando in 2010 — so Rebelution holds a special place in our hearts. Be sure to check out my Umphrey’s McGee review HERE! 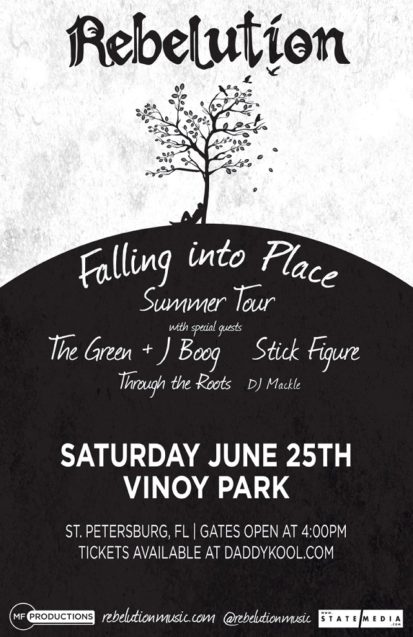 This Florida run on the Rebelution tour included stops in St. Augustine on June 23rd, Boca Raton on the 24th, St. Petersburg on the 25th, and Cocoa on the 26th. Living in Orlando means I have to travel for many summer shows which tend to be at nice outdoor venues, something Orlando lacks. This time around I chose to head west to St. Pete. I met up with two of my college buddies who live in Tampa, and while at the show, we ran into another one of our college buddies who I hadn’t seen probably since college. It’s amazing how music , and in the case our shared love for reggae, brought us together to rage on a lazy afternoon. And what a beautiful afternoon it was. Just check out this sky! The sky is the limit! 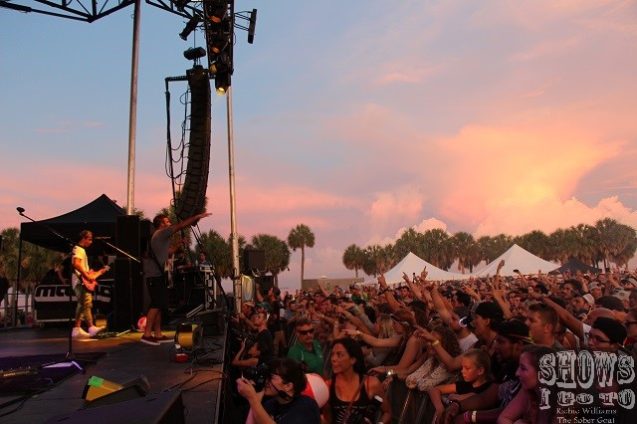 During the trip from Orlando to Tampa to St. Pete, the weather was spotty and misleading. Luckily enough,  the rain was gone by the time we got to Vinoy Park, and it was nothing but beautiful skies with cool clouds and a sweet sunset. DJ Mackle was on deck on night spinning sounds during set breaks keeping the crowd partying, and there were two paint artists on the side the stage creating awesome paintings the entire night. 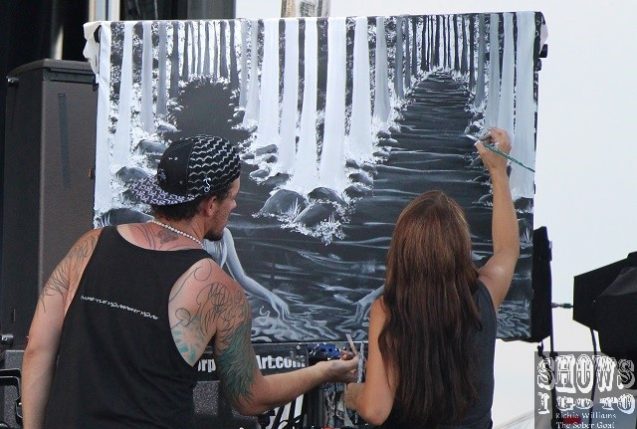 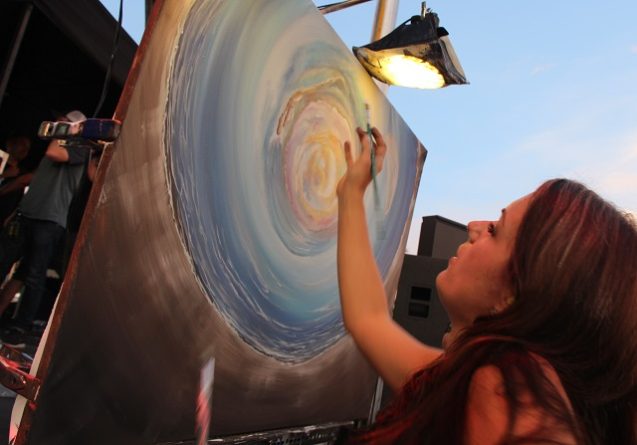 Through the Roots were the first band to step on stage and open up the show. Unfortunately, I arrived a little late and walked through the gates just as Stick Figure took the stage. Stick Figure has quickly emerged as a top roots reggae dub act. I saw them for the first time at The Beacham in 2013 and the place was maybe half full. Three years later at the same venue, it’s sold out. The roots/reggae/dub band’s newest release, Set in Stone, was released in November 2015 and is their sixth album. which was written, produced, and recorded by guitarist/singer Scott Woodruff, as were all of the previous releases. He plays all of the instruments on studio albums. On tour, his band consists of KBong (Keyboards and Vocals), Tommy Sulliman (Bass), and Kevin Offitzer (Live Drums). And, as always, joining them on stage is Woodruff’s best friend, his dog Cocoa. They played a great set with heavy grooves of roots-dub reggae and electronic rhythms. Out of all the stoner reggae dub rock style bands out there, Stick Figure is among the top in my opinion. 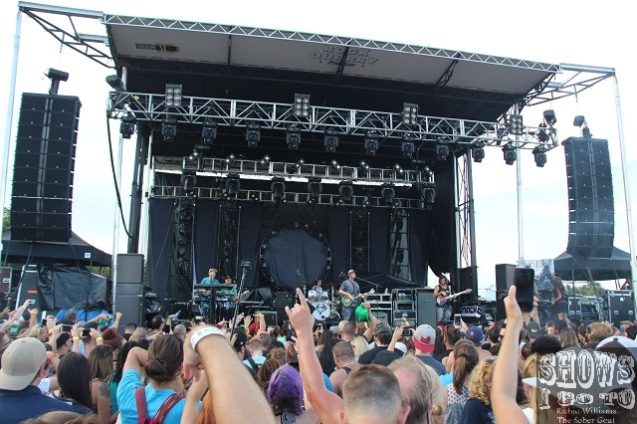 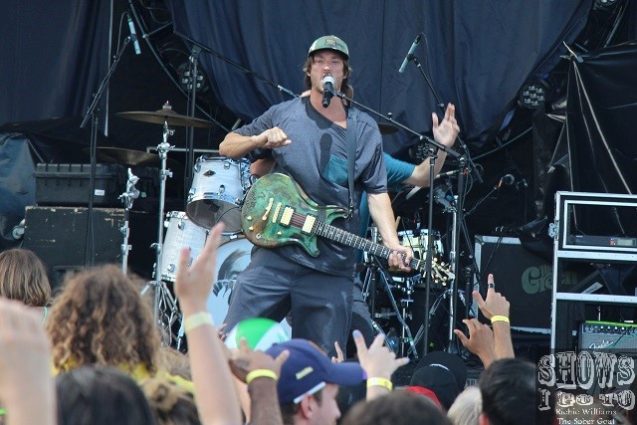 I especially enjoyed Stick Figure playing one of my favorite jams “Livin’ It” which reminds one to relax and enjoy living life, while appreciating the fine things you may have — like a marijuana cigarette, talking to your girl on the phone, hearing your favorite song, wonderful nights of music, etc. Check out it out live in the video below, thanks to The Sober Goat!

Up next was The Green featuring special guest J Boog. The Green formed on O‘ahu, Hawai‘i in 2009 and released their self-titled debut album in 2010, which was awarded iTunes Best Reggae Album of the Year. J Boog was raised in Compton, California but has some Hawaii roots as well. His first solo album Hear Me Roar was released in 2007 and peaked on Billboard’s Top Reggae Albums at #8. 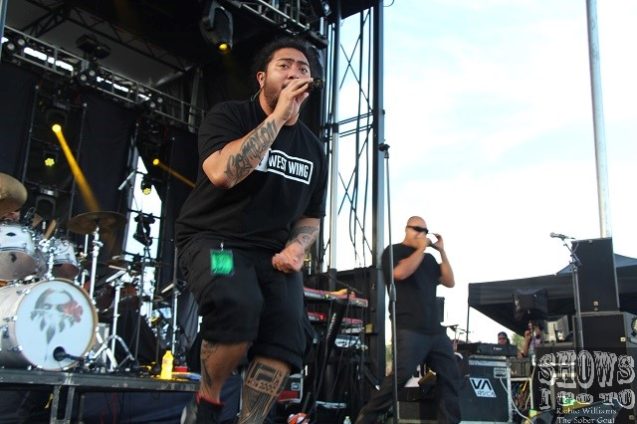 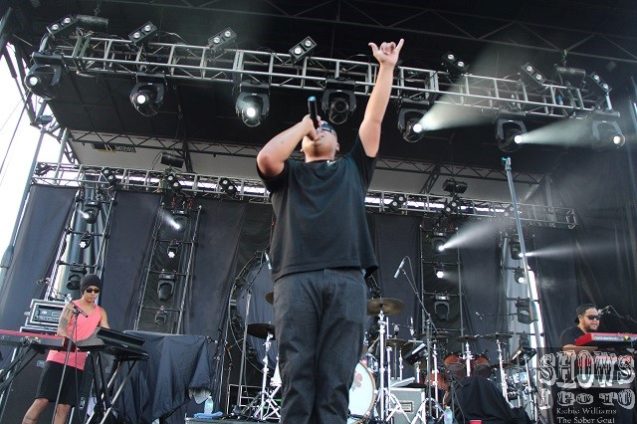 Mixing up The Green’s island reggae music with J Boog’s R&B soul flavor creates a lively fun show with plenty of energy to go around. Check out the last song of the set, “Nice To Know Ya” thanks to The Sober Goat!

The time had come for the main event. The lights dimmed and Rebelution took the stage, ready to infect us with their contagious reggae dub sounds. It took no time getting the crowd to bond with each other over the rhythms and groove as one. Hands waving up and down, heads swaying back and fourth, butts swirling ‘round … it’s unstoppable. A pleasant aroma filled the air for the entire show and there were smiles everywhere as the Santa Barbra, California crew pumped out the jams. The long musical trip included both old songs that still live up to the standards, as well as several tunes from the new album that definitely did not disappoint the fans. Their shows leave you with a loving feeling and easy going vibe pronounced by the music and expressed by the lyrics. 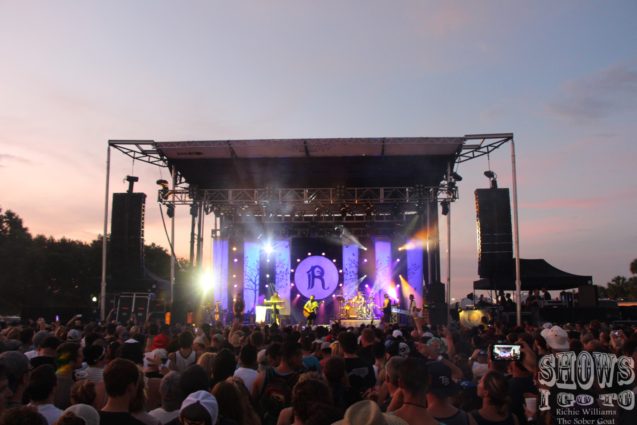 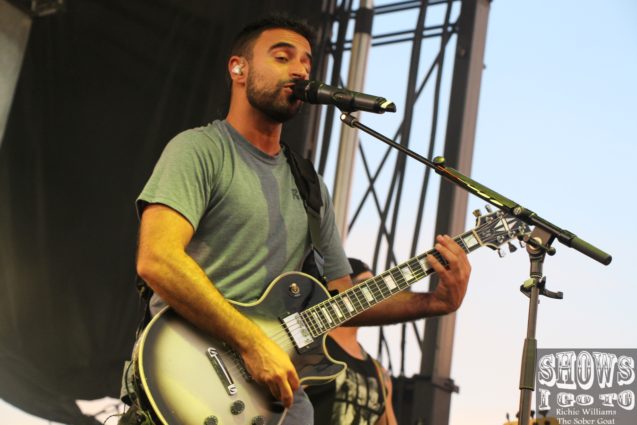 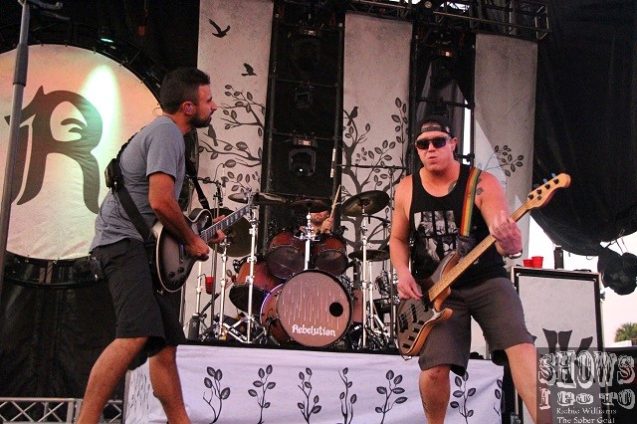 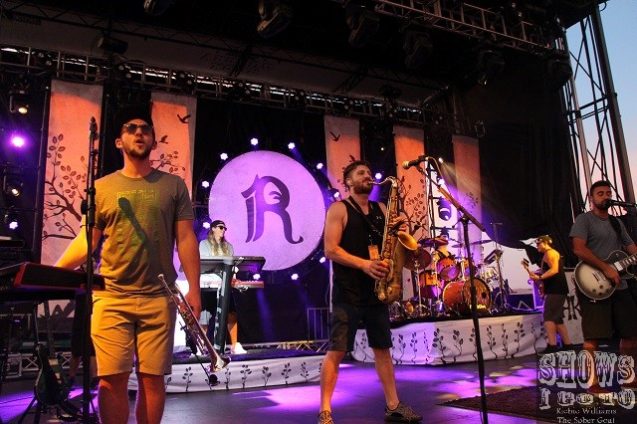 My highlight video below (yes, from The Sober Goat) features “De-Stress,” “Inhale Exhale,”  “Good Vibes,” “Count Me In,” “Fade Away” (with a lighter and phone lit crowd), “Bright Side of Life,” “Feeling Alright,” “Lazy Afternoon,” “Safe and Sound,” and “Outta Control.”

Be sure to check out Rebelution at this year’s Suwanne Hulaween festival at the Spirit of the Suwannee Music Park in Live Oak, Florida on October 28-30, 2016!