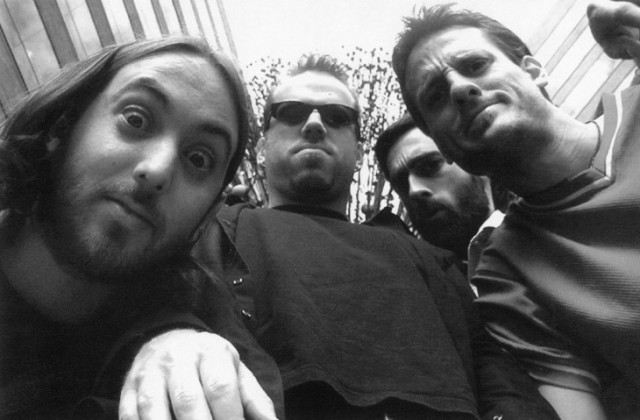 On Wednesday, October 14th Particle took Orlando by storm with their tremendously energetic “livetronica” jams. It was clear from a visual survey of the Social’s jubilant crowd that this four piece supergroup had everyone locked tight into their relentless barrage of funky, jazzy improvised dance rock.

Opener DrFameus — a side project of Particle drummer Allen Aucoin — really got the party started. This man stays busy. Aucoin is probably best known as the drummer of the Disco Biscuits. He is one of the fastest, most technical drummers I’ve ever witnessed live. The seemingly endless creativity and energy that he displays in a single night as — both as a one-man-band and as the rhythmic backbone of Particle — is just unreal! Definitely keep an eye out for this artist!

Let me not discount the rest of Particle by any means. I call Particle a supergroup because every musician in the band contributed an equal share to the blistering madness of the night’s main event. Friends had been insisting I check these guys out for awhile. I noticed they’ve been a popular fixture of the music festival scene, so I was glad I could finally see what all the talk was about. The hype was justified.

Like straight up virtuosos, Ben Combe shredded the hell out of his guitar; Steve Molitz tore it up like a badass on keys, and Clay Parnell threw down some seriously colossal grooves on the bass. They really move when they jam. You can see the passion in their facial expressions and body language. Every ounce of their creative essence is pushed to the limits, pedal to the metal.

Fortunately, you can see what I mean for yourself as Richie (aka The Sober Goat) captured the full set for your viewing and listening pleasure. You may even see me in there dancing and laughing with a good beer buzz. Enjoy 😉