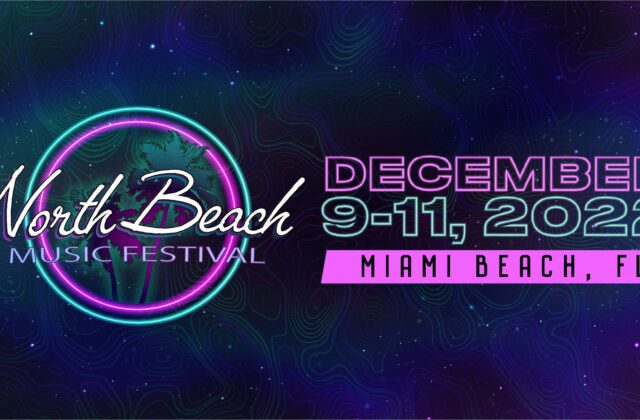 Christmas comes early this year as North Beach Music Festival returns with a bounty of badass bands for their second edition. The Miami Beach Bandshell will never be the same after moe., Lotus, and Lettuce jam-the-funk-out all weekend long, December 9-11. This sophomore festival is growing, adding a third day after having a successful two day event last year. Nestled in the heart of North Miami Beach, the bandshell exudes Miami Modernism. This historic site offers a special experience for those who come to enjoy its urban design by the ocean. The look that has made Miami famous for decades. GET PASSES HERE! Headlining night one is one of the nation’s top jam bands: moe. Bringing the best of Buffalo’s rock, Americana, and jam since 1990, moe. knows how to party. Originally touring as “Five Guys Named Moe” they grew in the bar and party circuit eventually adding guitarist Al Schnier in ‘91. Unfortunately, their other guitarist Chuck Garvey has been absent from the group since Halloween ‘21 due to a stroke. But, in a recent announcement, moe. says that Garvey will join them as a special guest at their NYE show in Philly. moe. has been co-hosting one of the nation’s largest jam centered music festivals, Summercamp, since 2001 with Umphrey’s McGee. moe. released their latest album, This is Not, We Are, in 2020 with hits like ”Jazz Cigarette” and “Skitchin Buffalo.” Simply put, you need to be here for this shred show.

Saturday’s musical marathon begins with Shira Elias of Cool Cool Cool (formerly of Turkuaz). Her heavenly vocal stylings give way to Keller Williams and his fast fingers on the guitar. Next Miami will Melt with the NYC based indie-soul outfit. They pave the way for Dopapod’s hypnotic hybrid of funk, rock, jazz, and electronica. Doom Flamingo pours on the 80’s style synth and boasts the singing of Kanika Moore.

The party will be at full tilt when Trouble No More brings their Allman Brother Band Tribute to the people. Trouble No More is fittingly founded on another sibling duo, guitarist Brandon “Taz” Niederauer and bassist Dylan Niederauer. Peter Levin, who played keyboard with the Gregg Allman Band, joins in while Lamar Williams, Jr., whose father was the Allman Brothers’ bassist for several years, will lead vocals. Trouble No More also features guitarist and singer Daniel Donato, drummer Jack Ryan, pedal steel guitarist Roosevelt Collier, and drummer Nikki Glaspie from The Nth Power. Saturday’s headliner is Lotus from Philadelphia, PA. They have been incorporating elements of jam, funk, house, electronica, and post-rock since 1999. Jesse Miller plays bass/sampler and his brother Luke holds down the guitar and keys. Recently, Lotus released their 14th studio album, Bloom & Recede (2022), which contains hits like “Time Dilates,” and “Entangled.” Come check out Lotus’ new sound, which has evolved with the addition of guitarist Tim Palmieri (Kung Fu) and the departure of longtime guitarist Mike Rempel.

Sunday’s lineup is superb with Afrobeta getting things going in the early hours of the afternoon. Miami’s avant-dance duo has been tearing up dance-floors in their hometown since 2006. Then Guavatron will impress with their unique improv jamtronica from West Palm Beach. Next Cool Cool Cool will rise from the ashes of Turkuaz to bring the funk to the masses. Then get to know Neighbor’s indie electro soul sounds before Antibalas crowds the stage with their 12 piece afrobeat ensemble. The wild weekend continues with Karl Denson’s Tiny Universe! Years of crazy good funk and even better covers, this band can do it all (fingers crossed for David Bowie songs). Lettuce will headline Sunday night with wave after wave of funk and jazz. This modern funk Goliath mixes strains of hip-hop, funk, jazz and psychedelia to usher their fans to Cloud 9. This Grammy Award nominated group topped Billboard’s Contemporary Jazz album chart with the 2019 record, Elevate. Their latest work, Unify, is the third consecutive album made at Denver’s Colorado Sound Studios, which completes their trilogy of records. Elevate (‘19), Resonate (‘20), and Unify (‘22) match classic funk sounds with Lettuce’s contemporary and stylish approach. Come on and get down with your bad self at the grand finale of North Beach Music Festival. This amazing festival is just weeks away! Don’t hesitate, grab your tickets today at NORTHBEACHMUSICFESTIVAL.com