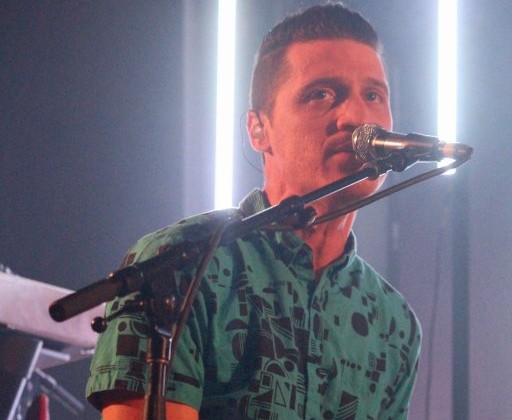 It’s a reputation fostered over the past 15 years. Paul Meany has a haunting, unforgettable vocal presence that’s undeniably unique. Darren King is the god of drums, or if not, perhaps is possessed by the very deity the moment he winds his taped headphones around his skull.

When I don’t know what to say, I just say, “DARREN KING ON THE DRUMS!!!” Meany shouted.

The crowd immediately agreed and sent thunder crackling through the State Theatre.

Nine records and dozens of top tracks have made Mutemath’s sound a unique — a crafted presence that hundreds of bands continue to attempt to emulate but cannot compare. After all, every member of Mutemath is an ace and it’s a well-played hand to stand on top for this long.

But nothing mattered more than “the machine with human emotions,” as our editor, Mitch Foster, referred to the god Darren King in his Gasparilla Music Festival live review last spring. It’s easy to get lost in the speed, the dynamic roar, and the impeccable performance that King puts into every show. Which may include drum pads packed into several pairs of gloves, which King slapped into a solo with the aid of a handful of lucky fans. 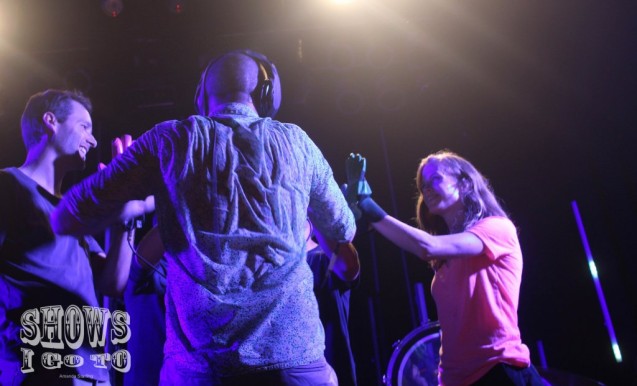 They performed every track that mattered: “Collapse,” “Armistice,” “You Are Mine,” “Control,” and a full two hours of more transformative songs. It was a sort of magic only Mutemath could grant, one that would turn fifty-somethings into teenagers slow-dancing again or send teens starry-eyed to the front of the stage.

From the start, it was a lift into the “Stratosphere.” Every synthed, electronica beat was just as gorgeous as in the tracks from the 2015 release, Vitals. It didn’t matter if you “Used To” love the older tracks or newer when it came to Mutemath — every damn song from start to finish with this band is a gorgeous, striking work of art. 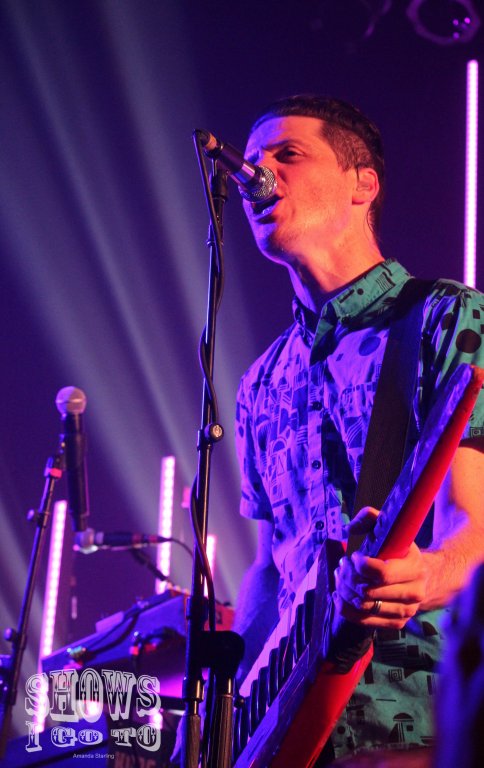 That art was even in the performance itself. Meany leapt and snaked from one end of the stage to another, wielding his key-tar as far as his legs would take him. The “Spotlight” followed him all the way into the crowd, where he stood on top of amplifiers, accidentally tumbled, then stage-dived into the crowd.

But it wouldn’t be his only dip in the crowd for the night. Meany clambered aboard a floating stage piece that the crowd held up, the equivalent of a foam mattress donned with red glittering lights. Now that’s one hell of an encore. 🙂

Opening the night were Brit indie rock outfit Nothing but Thieves, who managed to keep the culture of synthesized alt energy. Vocalist Conor Mason went to new heights and pitches with piercing, unforgettable tones that rang through the space.

They’re fresh from a newly released self-titled album, but they were there to show off the likes of “If I Get High.” They’re comparable to early Muse, and their honed sound could set them for soaring fame. I found myself itching for a longer set where I could hit the “Trip Switch” for more.

When the lights rose up, I was pressed against the stage, craning my hand forward. My right palm collided with Darren King’s left, and in that moment, I felt the height of the stage dissipating. These international sensations were suddenly personal even when surrounded by a tightly packed crowd.